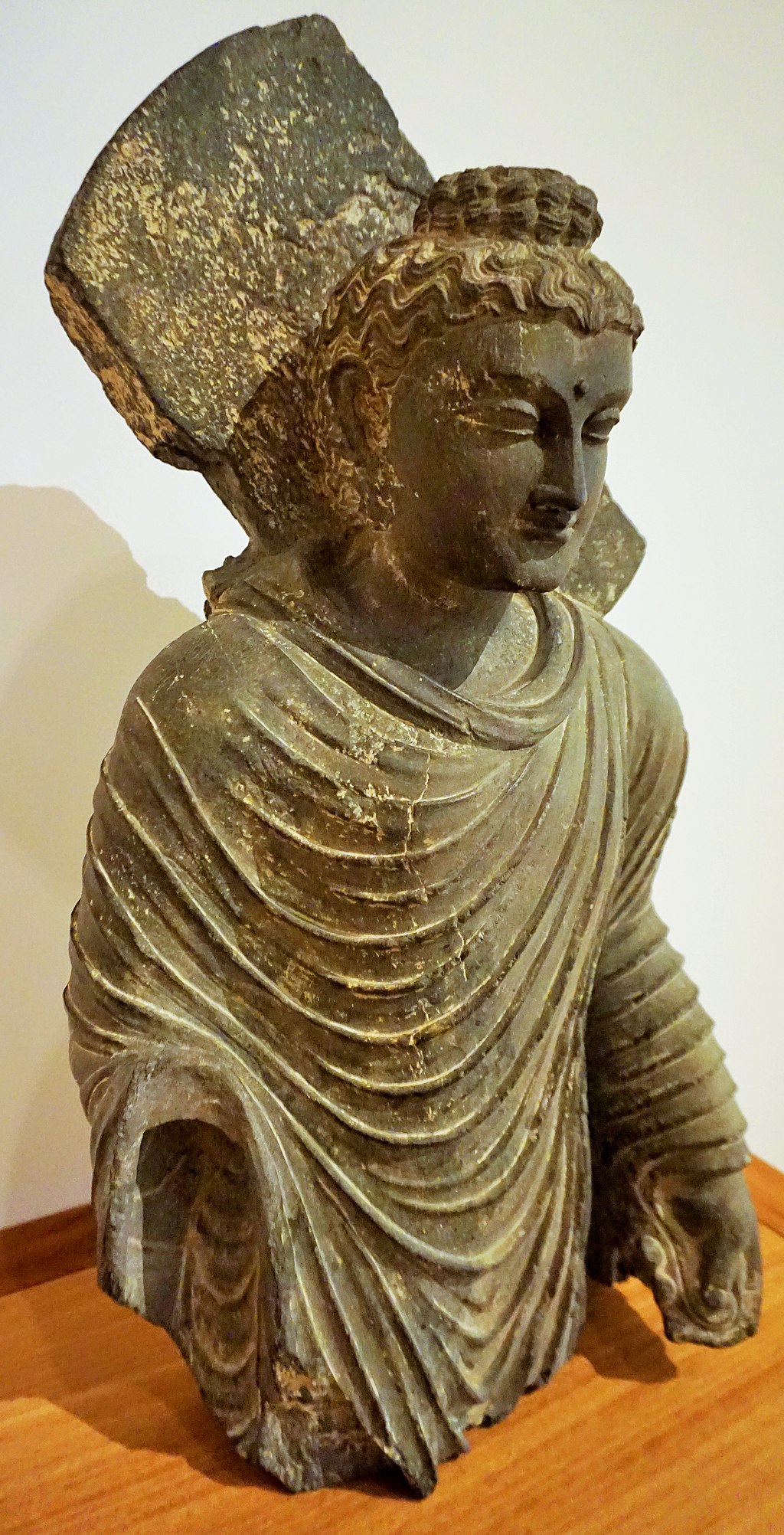 This Buddha is in the Gandharan or Greco-Buddhist style, and the statue shows influence from Ancient Greek art. Gandhara had been part of the Greco-Bactrian Kingdom established by Alexander the Great.

Gandhāra was an ancient Indic kingdom situated in the north-western region of Pakistan, around Peshawar.

The statue has borrowed Greek sculpture characteristics, which influenced Asian sculpture with wavy hair, the defined and rhythmic folds of the robe, and the circular nimbus surrounding the head.

This sculpture also incorporates motifs common for the period; they include:

Statues of the Buddha were not made until after the 1st century CE. For the first four hundred years after his death, Buddha was represented by symbols alone, such as his: footprint or an empty throne or Bodhi tree.

This statue was made in the 2nd or 3rd century, and although Buddha lived in the 4th century before Christ.

Buddhist Art is the artistic practices that are influenced by Buddhism.

Buddhist art originated on the Indian subcontinent following the historical life of Siddhartha Gautama during the 6th to 5th century BCE.

After this period, Buddhist Art evolved through contact and interactions with other cultures and artistic traditions spread throughout Asia and the world.

Buddhist Art also includes narrative scenes from the lives of Buddhist figures, mandalas, and other graphic aids for the practice of Buddhism.

Going Back To The Source: Ancient Greeks and Buddhism

“Do not dwell in the past; do not dream of the future, concentrate the mind on the present moment.”