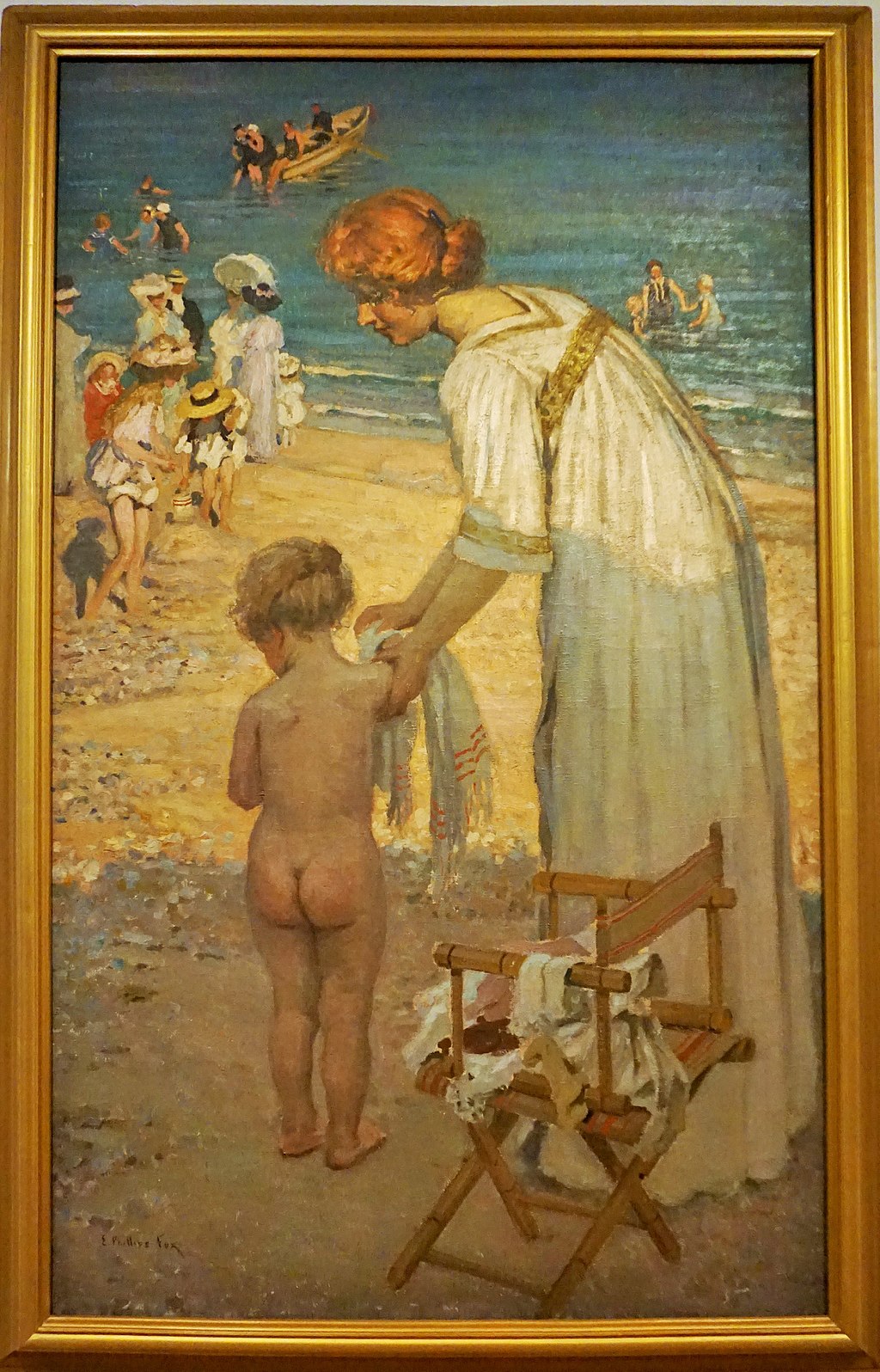 “Bathing Hour” (L’Heure du Bain) by E. Phillips Fox depicts a beach scene from France’s Channel Coast.  Fox was living in Paris when he painted this painting depicting a resort frequented by the middle classes. This painting is unusual in some respects. Public bathing was not common at this time, and it was uncommon for a female child to be exposed in such a way. This scene is just one of some motherhood scenes depicted by Fox after his marriage in 1905. However, he and his wife Ethel remained childless.

E. Phillips Fox was an Australian Impressionist painter who had a significant influence as a teacher on Australian art during the late 1800s. When compared with Arthur Streeton and Charles Conder, Fox shows more interest in exploring the effects of light and shadow and not the sunny vistas one finds in the other painters’ Heidelberg paintings. He is described as an artist who “paid homage to Impressionism while retaining the tonal values of academic realism.”

A tour of the Museums in Australia