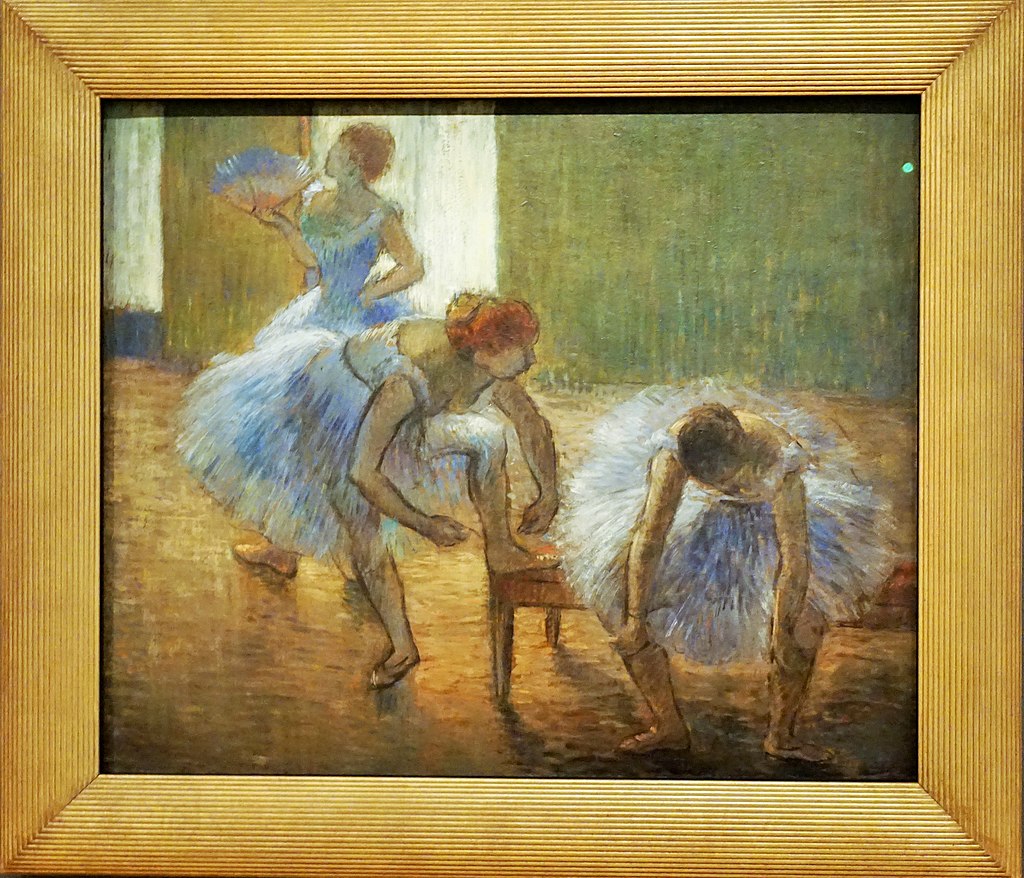 “Three Dancers at a Dance Class” by Edgar Degas

The bench is part of an overall layout that allows Degas to explore a variety of poses. He has composed a seated figure, a figure with a raised leg, and a figure is standing.

Ballet classes provided Degas with the opportunity to study the human body during periods of rest and focused activity.

“People call me the painter of dancing girls, it has never occurred to them that my chief interest in dancers lies in rendering movement and painting pretty clothes.”

In this world of wealth and poverty, Degas’s studio was once visited by the police morals unit, wanting to know why so many little girls were coming and going.

At the ballet, Degas captured a world that excited his taste for classical beauty and his eye for modern realism.

He became a regular visitor to the Paris Opéra and its Ballet, and he invented new techniques for drawing and painting to depict that unique world.

This painting is a late oil painting by Degas, dating from a time when pastel had become his preferred medium.

Three Dancers at a Dance Class

“Conversation in real life is full of half-finished sentences and overlapping talk. Why shouldn’t painting be too?”

“A painting requires a little mystery, some vagueness, and some fantasy. When you always make your meaning perfectly plain, you end up boring people.”

“Do it again, ten times, a hundred times. Nothing in art must seem to be an accident, not even movement.”

“What a delightful thing is the conversation of specialists! One understands absolutely nothing, and it’s charming.”