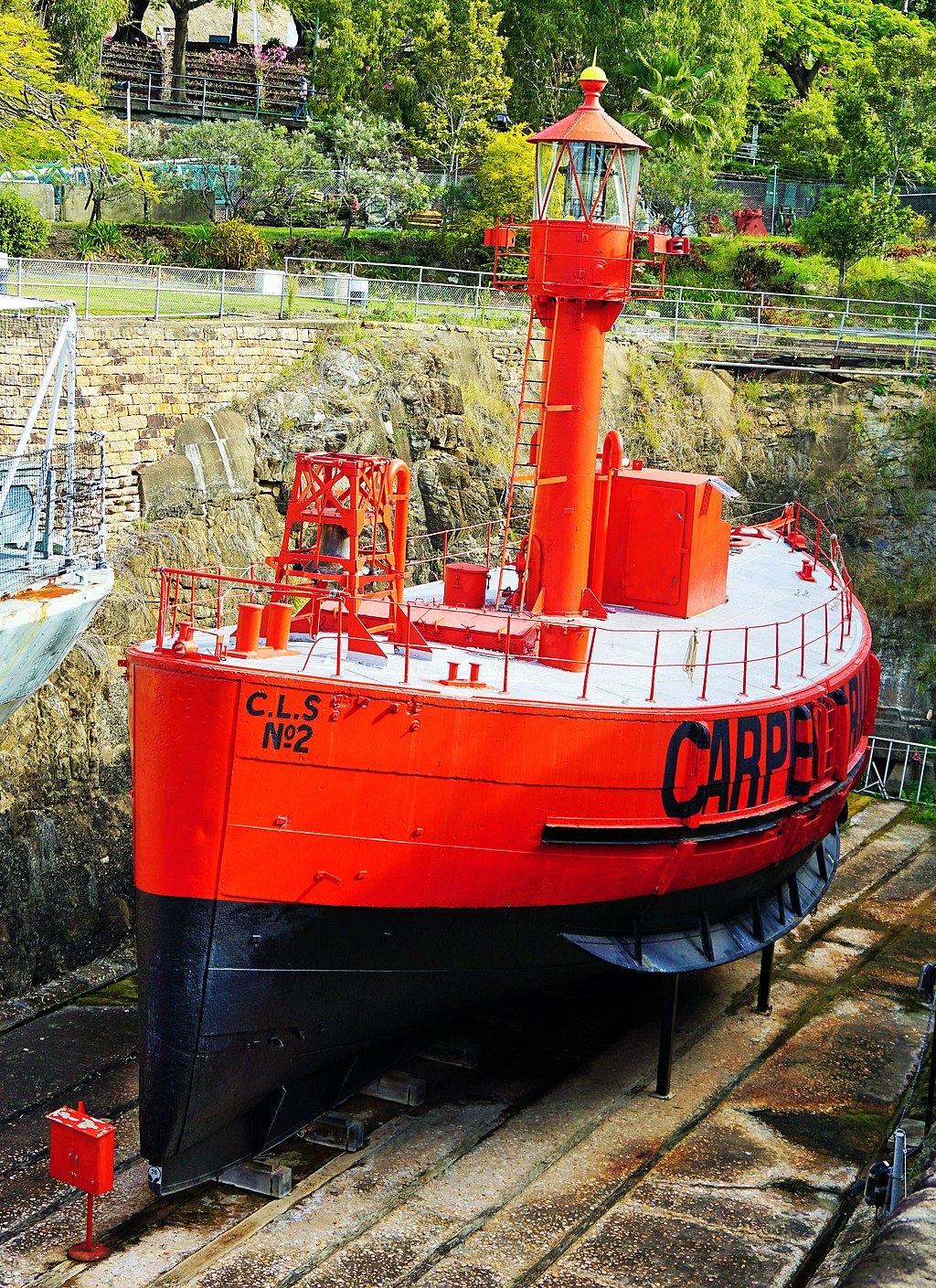 Carpentaria is a Light Ship or a lightvessel, which is a ship which acts as a lighthouse. They are used in waters that are too deep or otherwise unsuitable for lighthouse construction. CLS 2 spent much of its time in the Gulf of Carpentaria. Hence the name CARPENTARIA emblazoned along the side but was last stationed in the Bass Strait oilfields serving as a traffic separator.

Lighthouses and navigational beacons are built on solid ground. The Light Ship evolved from the need for a beacon to be located on the edge of shoal waters, where it was impossible to construct a permanent Lighthouse. CLS 2 Carpentaria was designed in Scotland and built at Cockatoo Island Dockyard, Sydney, in 1917.

These vessels were used in pairs, while one was on station, the other was in port under maintenance. Each year, the replacement would be towed to position, and the one that had been on the station would be towed back to port for refit.

The flashing light was powered by a supply of acetylene gas, carried in four A-300 size acetylene cylinders. A “sun valve” turned on and off the flow of gas to the burner at dusk and dawn. A warning bell tolled with the rolling of the ship to warn mariners during periods of reduced visibility, such as in rain or fog.