Ella’s Pink Lady was the boat used by Jessica Watson (b 1993), an Australian sailor who completed a southern hemisphere solo circumnavigation at the age of 16. Departing in 2009, she returned to Sydney three days before her 17th birthday.

The boat is a 10.23-meter (33.6 ft) Sparkman & Stephens model S&S 34. It was refitted with a new galley, reconditioned diesel and water tanks, and a complete rebuild of the electrical system. Watson was also deeply involved in the preparation of the boat, which she named Ella’s Pink Lady. Most of the time, the boat is steered by a self-steering wind vane system. Watson called the system Parker after the chauffeur of the pink Rolls-Royce in the Thunderbirds television series. 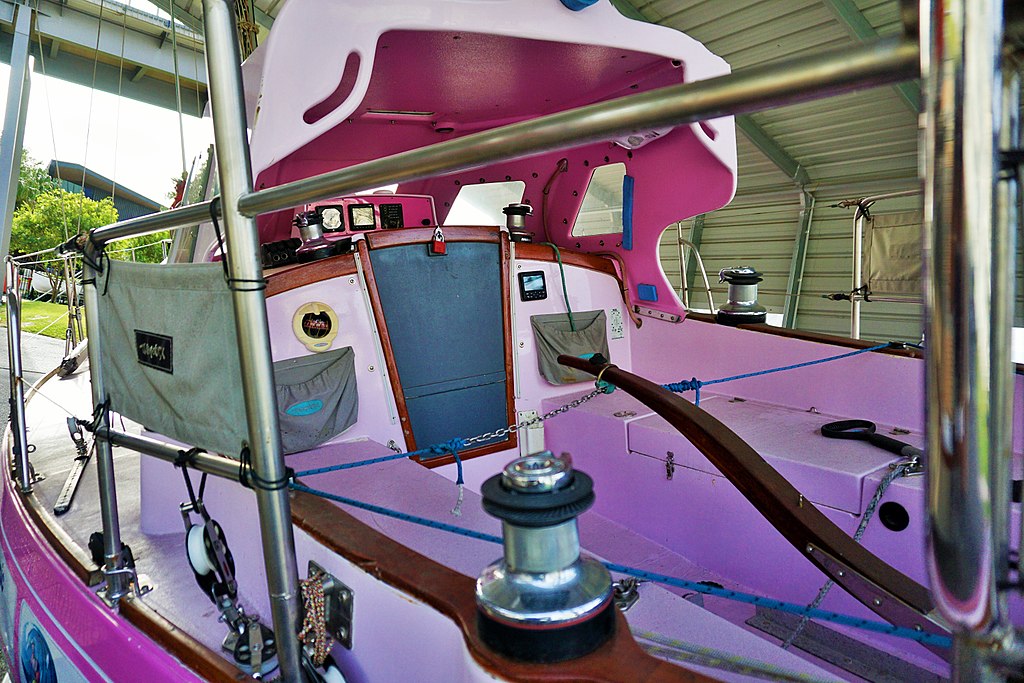 Watson completed her journey on day 210 of her voyage in 2010 when she arrived in Sydney Harbour. During the trip, Watson had to repair the boat and the equipment. The repairs were reported on the blog: the battery monitor, the stove, toilet and mainsail, the toilet, replacement of wind generator blades, the kettle, the mainsail, replacement of the wind generator with a spare, and the fuel pump of the engine.

Watson received an Order of Australia Medal (OAM) in the Australia Day Honours List in 2012 for service to sailing and youth through the achievement of sailing solo and unassisted around the world, and as a role model for young Australians.