Freedom is an Atlantic Rowing Race Boat, which was rowed across the Atlantic Ocean in a challenging race in 2001 by Doctors Patrick Weinrauch and Paul McCarthy, the first Australians to achieve this feat.   Australian Team, the Freedom crew, claimed second place in the Ward Evans Atlantic Rowing Challenge. The Atlantic Rowing Race is an ocean rowing race from the Canary Islands to the West Indies, a distance of about 2,550 nm (2,930 statute miles or 4,700 km). The race was founded in 1997 and is the world’s toughest rowing event and is now held annually, starting each December.

Freedom raced in the Ward Evans Atlantic Rowing Race of 2001, which departed the port of  Playa San Juan, Tenerife, and arrived at the port of Port St. Charles, Barbados. The race started in October 2001 with 36 teams. The winning boat was Telecom Challenge from New Zealand. 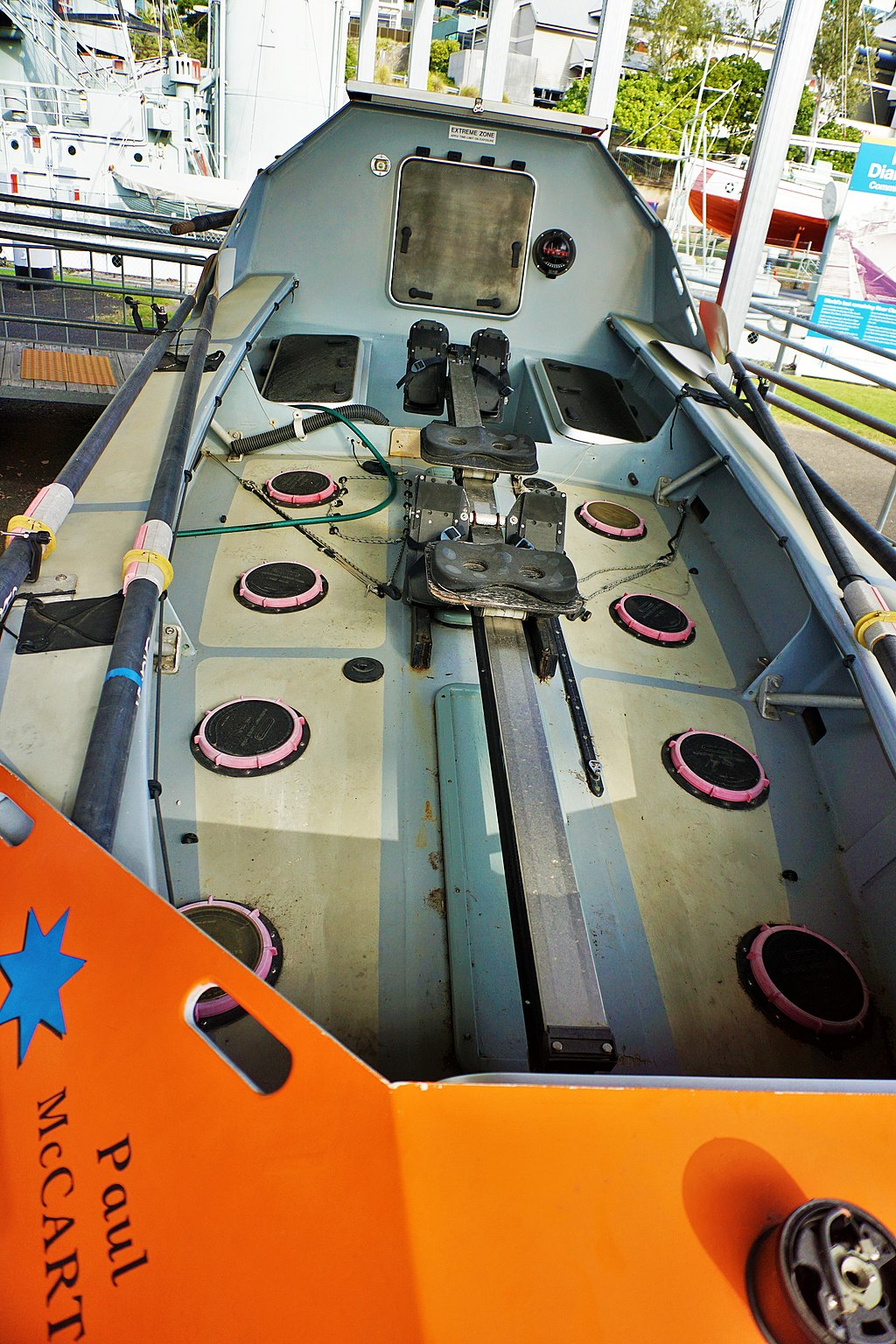 Sadly, Paul McCarthy was one of nine Australians to die when a Sea King helicopter crashed on the Indonesian island of Nias while delivering aid to the earthquake-devastated area in 2005.