HMAS Diamantina (K377/F377/A266/GOR266), named after the Diamantina River in Queensland, is a River-class frigate that served the Royal Australian Navy (RAN). Diamantina was active from 1945 until 1946, was placed in reserve, then was recommissioned as a survey ship from 1959 until 1980.

Diamantina was committed to the Bougainville Campaign, providing fire support to the Australian Army units operating ashore in July and August 1945. Transiting through the Solomon Islands, she shelled Sohana Island and later provided counter-battery fire against Japanese positions on Taiof Island.

The frigate carried officers of the Japanese Imperial High Command to the surrender of Torokina in 1945. She was also involved in the surrenders of Nauru and Ocean Island ceremonies conducted on her Quarterdeck. The ship was awarded the battle honor “Pacific 1945” for her wartime service. 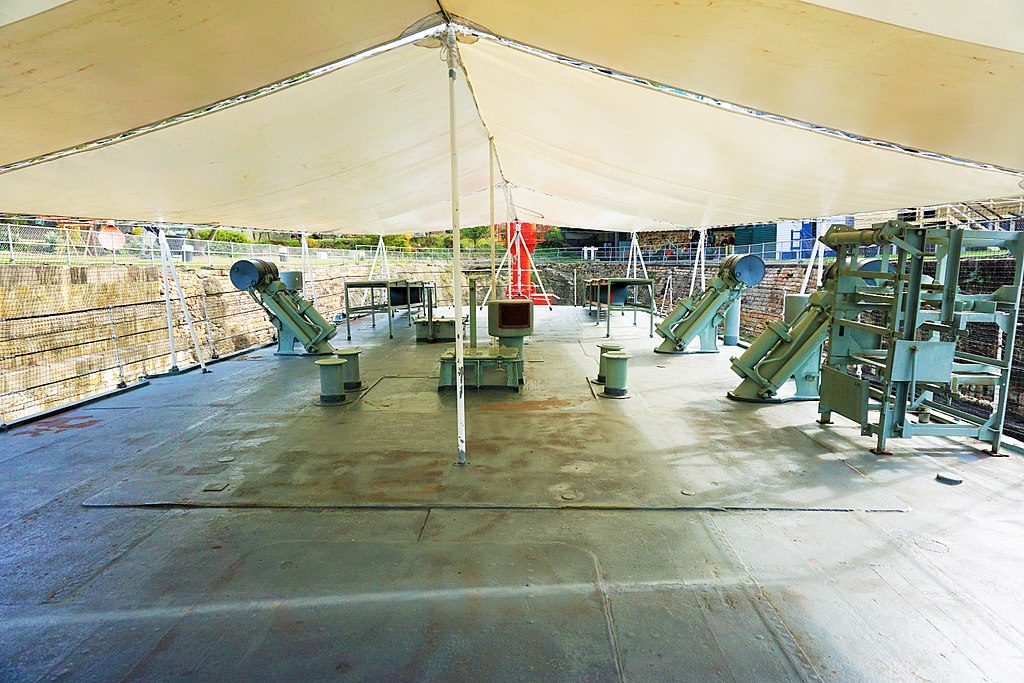 On this Quarterdeck, at the end of World War II, the surrender of the enemy was accepted on the Islands of Nauru and the Ocean Islands.

Diamantina’s most notable achievement was the discovery of the deepest known part of the Indian Ocean in 1960, which was named Diamantina Deep after the ship. Diamantina remained in service as an oceanographic vessel until 1980.

HMAS Diamantina was the last World War II-era frigate to leave RAN service, and the only one of its kind preserved as a museum ship. 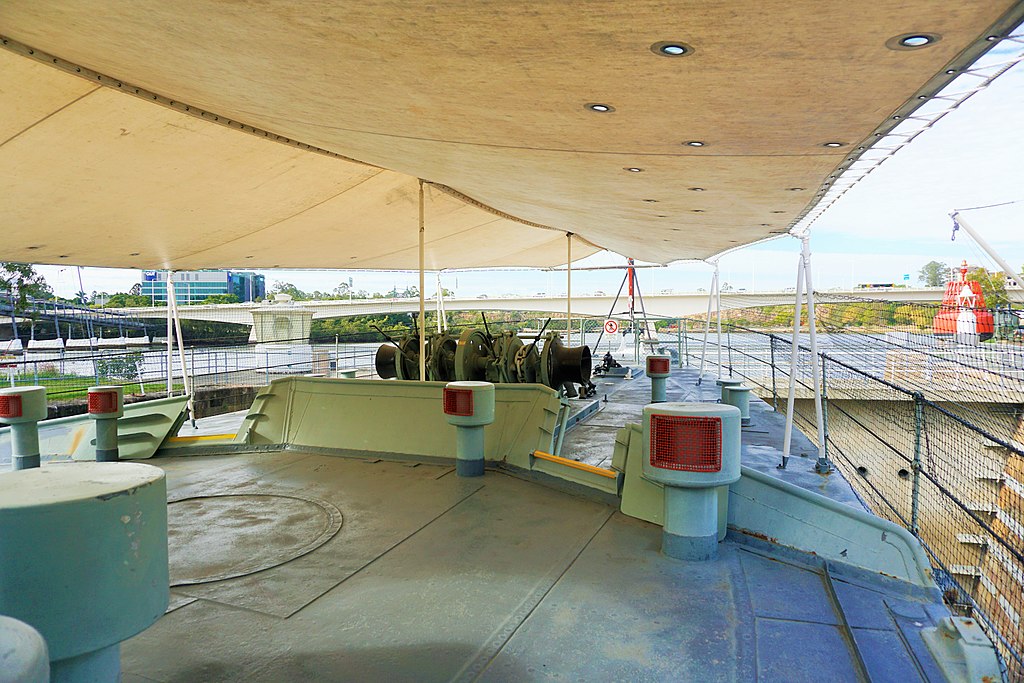 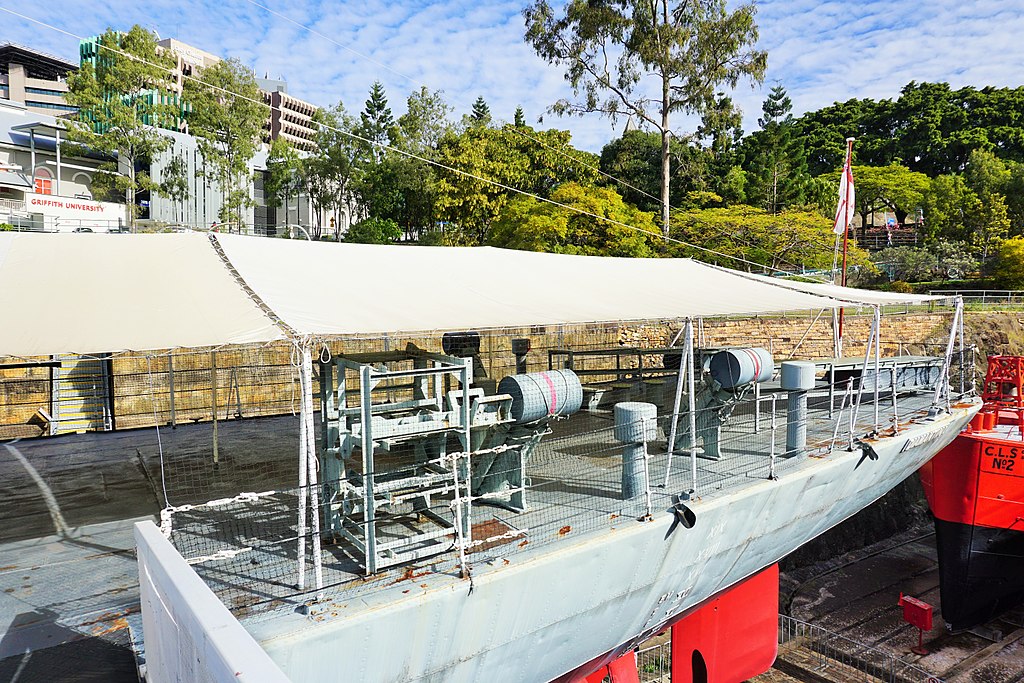