This Australian Native Police Uniform belonged to an Aboriginal trooper under the command, usually of a white officer.  Australian native police units existed in various forms in the Australian colonies during the nineteenth and into the early twentieth century. The aboriginal troopers were vastly superior in their ability to track down dissidents in the early colonial period of poorly charted and challenging terrain.

The Native Police were a cost-effective and brutal paramilitary instrument in the expansion of the British colonial frontier in Australia. Mounted aboriginal troopers armed with rifles and swords escorted surveyors, settlers, and prospectors into frontier areas. They would set up base camps and patrol these areas to enforce warrants, conduct punitive missions against resisting local aboriginal groups. 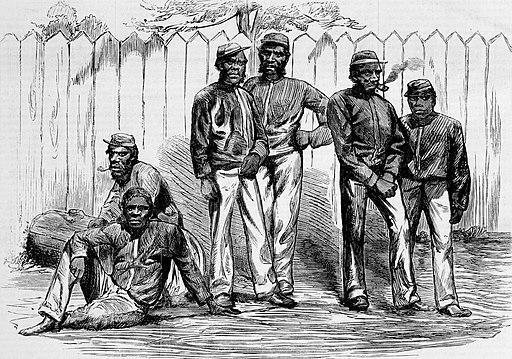 Members of the Queensland Native Police who assisted in search of Ned Kelly and his gang.

The British imperial method of “divide and conquer” led to a policy whereby the aboriginals within the Native Police were recruited from areas that were very distant from where they were deployed. Aboriginal troopers benefited the colonies by minimizing both the wages of the police and the potential for aboriginal revenge attacks against white people.

A Tour of the Queensland Police Museum