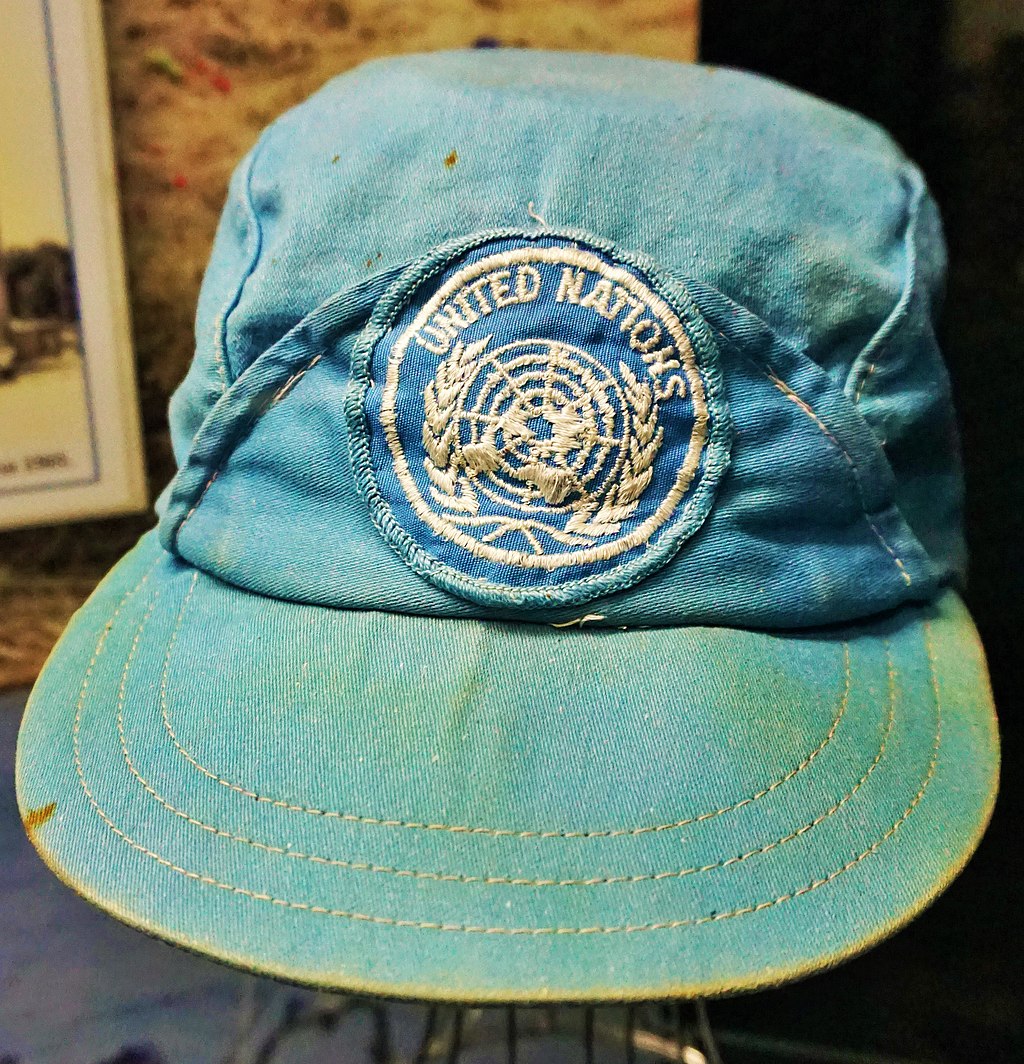 This United Nations Cap belonged to a Queensland Police Officer who went to Cyprus as part of the 6th contingent of peacekeepers who served during 1969-1970.

The UNCIVPOL or United Nations Civilian Police consists of Police officers from across the world. During the Cyprus crisis, civilian police were supplied by several countries, including Australia. Thirty-nine of the Australians came from Queensland Police. The Civilian Police became known as UNFICYP, meaning United Nations (Police Peacekeeping) Forces in Cyprus.

A Tour of the Queensland Police Museum

“The police are the public, and the public are the police.”
– Robert Peel