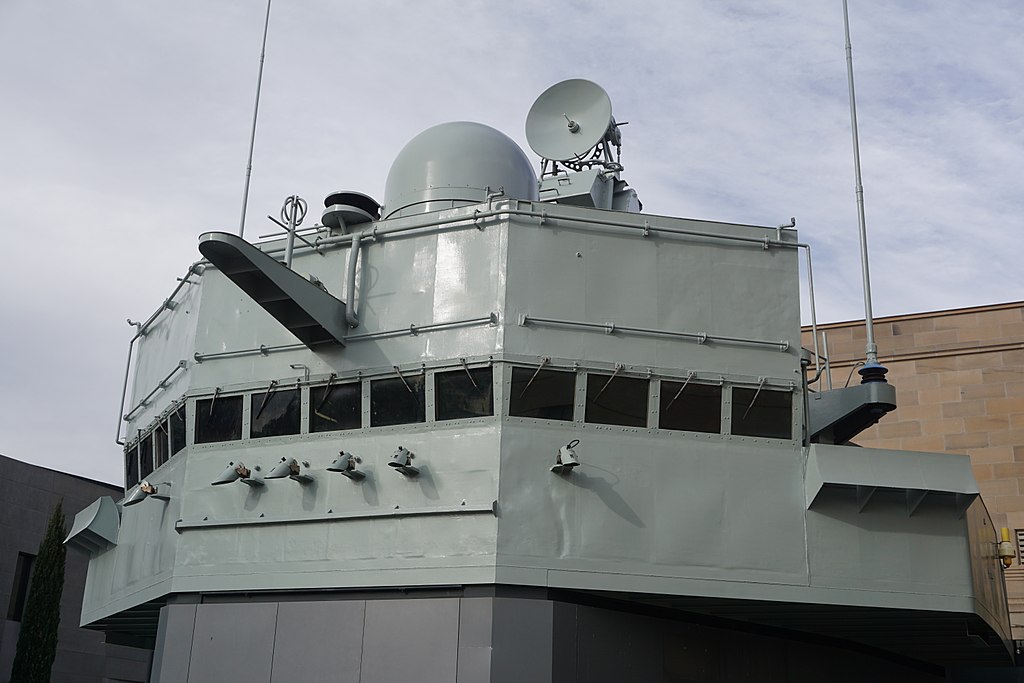 The Bridge from the HMAS Brisbane

During her career, Brisbane made two deployments to the Vietnam War, was involved in the post-Cyclone Tracy disaster relief operation and deployed to the Persian Gulf during the first Gulf War. Brisbane was decommissioned in 2001. Her bridge and one of her 5-inch (127 mm) guns were removed and preserved at the Australian War Memorial. The striped ship was then sunk as a dive wreck off the Queensland coast in 2005. 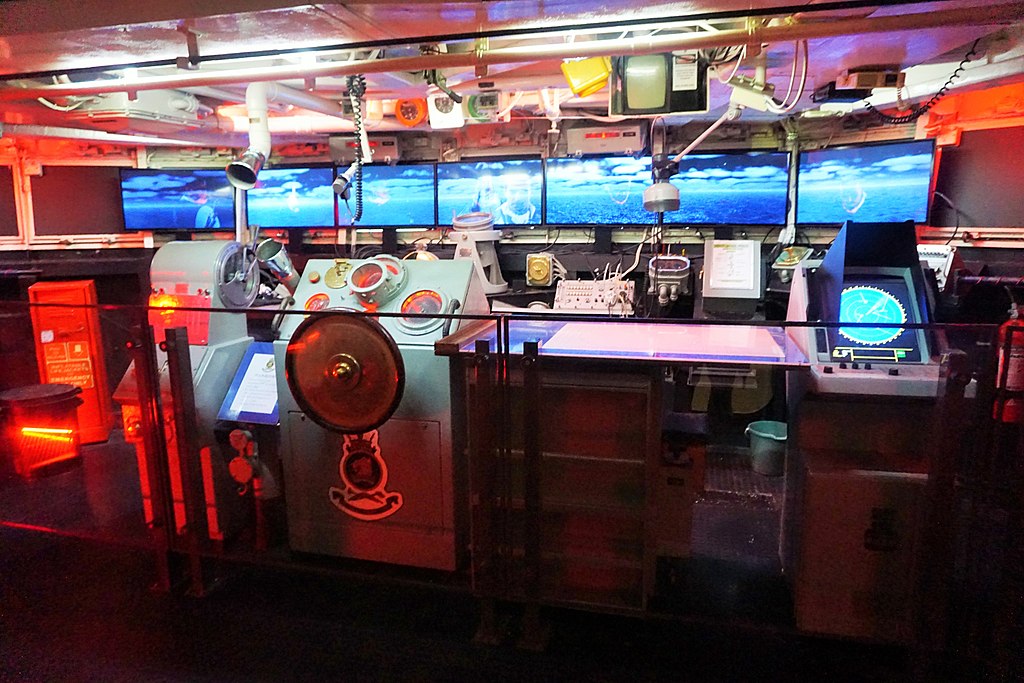 The Bridge from the HMAS Brisbane

A Tour of Military and War Museums