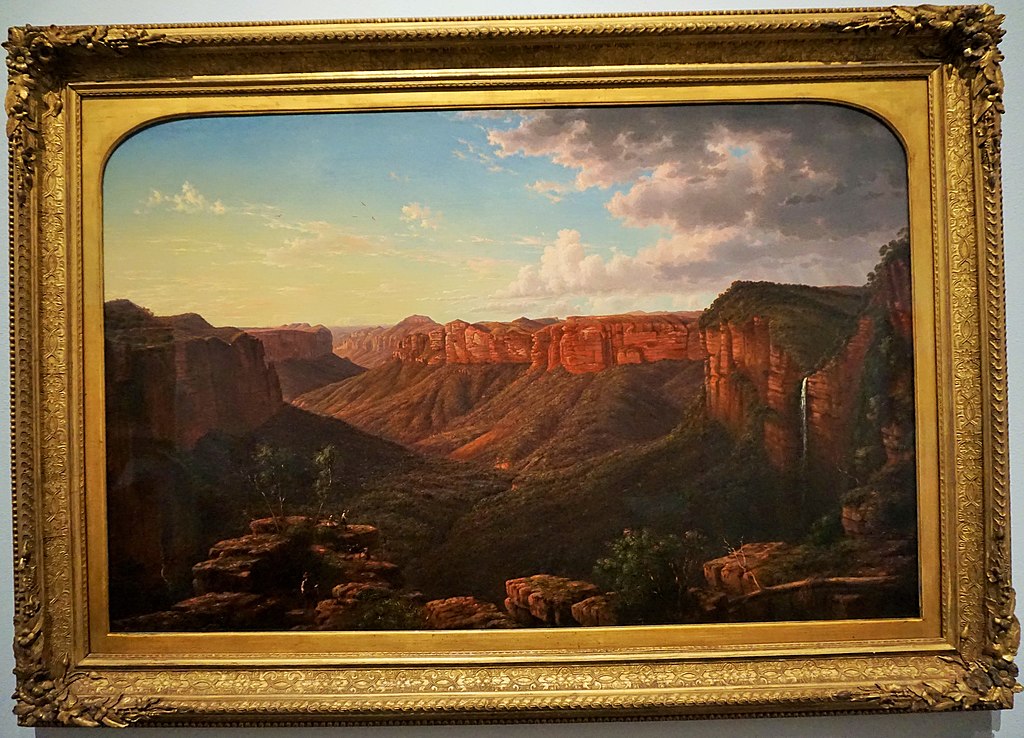 “Govett’s Leap and Grose River Valley, the Blue Mountains” by Eugene von Guerard depicts a sanctuary of bushlands, breathtaking scenery, and natural wildlife. The Blue Mountains quickly became a tourist destination as word of its natural beauty spread with the help of paintings such as this one.

Johann Joseph Eugene von Guérard was an Austrian-born artist, actively painting in Australia from 1852 until 1882. Von Guérard was known for his mastery of landscapes and his attention to detail. He was trained in the tradition of the Düsseldorf school of painting. Von Guérard’s art can be found in many of Australia’s major galleries. Eugene von Guerard was attracted to Australia by the discovery of gold and was the leading painter of early European settlement in Australia.