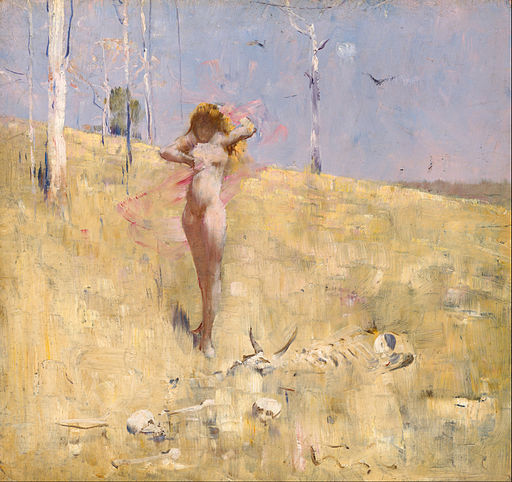 Arthur Streeton was an Australian landscape painter and leading member of the Heidelberg School, also known as Australian Impressionism.

Streeton’s works can be found in many of the major Australian galleries and museums, including the National Gallery, London. Where it can be found alongside significant impressionist works by Claude Monet and Edouard Manet.

Arthur Streeton and his fellow Australian artists who painted “en Plein air” in Heidelberg on the outskirts of Melbourne were labeled members of the “Heidelberg School.” T

he term has since evolved to cover painters who worked together at “artists’ camps” around Melbourne and Sydney in the 1880s and 1890s.

Along with Streeton, Withers, Tom Roberts, Charles Conder, and Frederick McCubbin are considered key figures of the movement. The movement has recently been described as “Australian Impressionism.”

Drawing on naturalist and impressionist ideas, the “Australian Impressionists” sought to capture Australian life, the bush, and the harsh sunlight that typifies the country.

The Spirit of the Drought

The development of impressionism in Australia

“There are flood and drought over the eyes and in the mouth, dead water and dead sand contending for the upper hand. The parched eviscerate soil gapes at the vanity of toil, laughs without mirth. This is the death of the earth.”
– T. S. Eliot