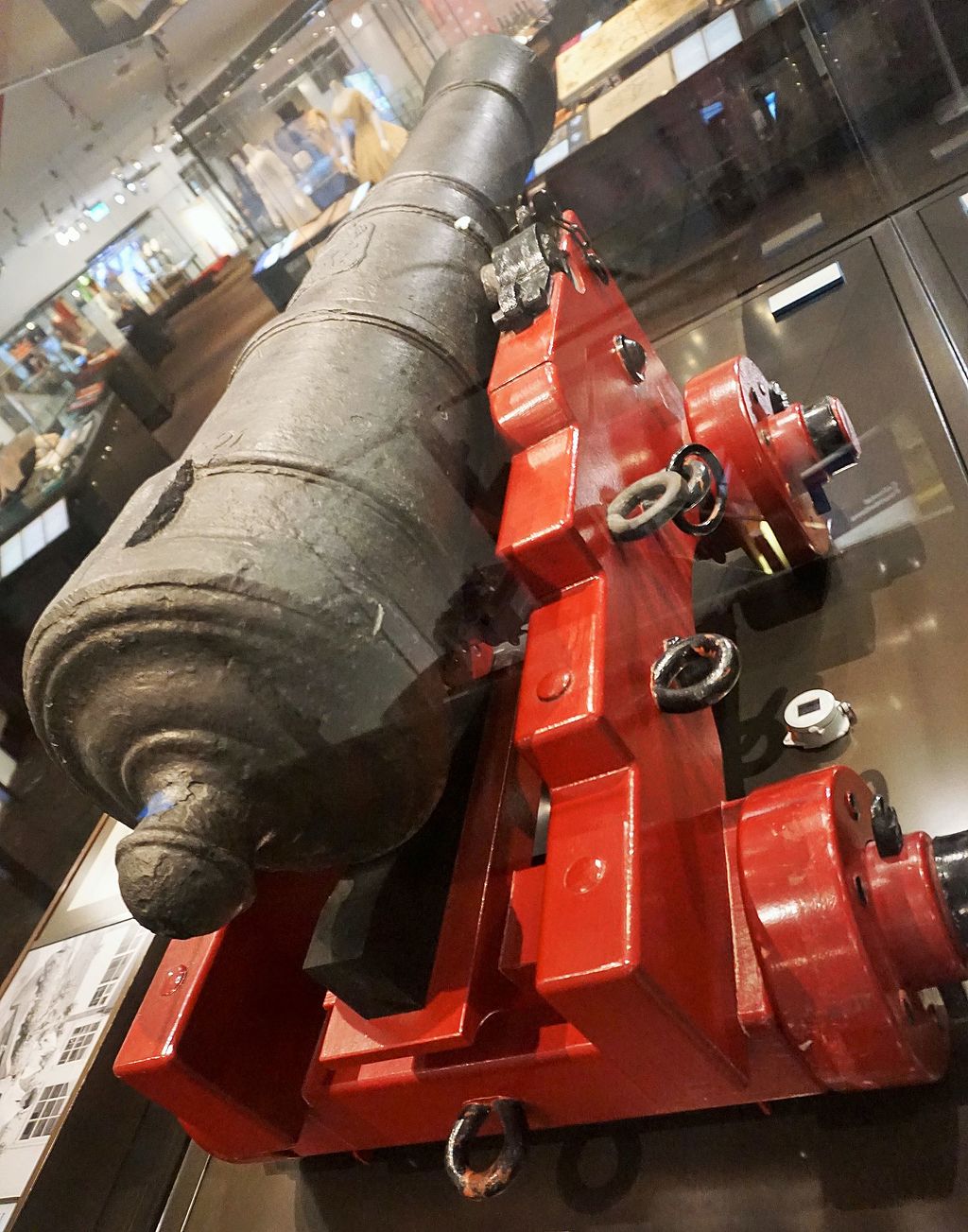 Cannon from the Endeavour

This Cannon from the Endeavour was jettisoned in 1770 by Captain James Cook and the crew of the HM Bark Endeavour when the Endeavour struck the Great Barrier Reef. The Endeavour under the command of Cook was sailing north along the east coast of Australia when at 11 p.m. it ran aground on the Great Barrier Reef and started taking in significant amounts of water. Desperate to lighten the ship and avoid further damage, the crew threw 48 tonnes of material over the side, including six cannons

The Endeavour became the first British ship to reach the east coast of Australia when Cook went ashore at what is now known as Botany Bay. He then sailed north along the Australian coast, where he narrowly avoided disaster after running aground on the Great Barrier Reef. He then beached the Endeavour on the shore for seven weeks to allow for temporary repairs to her hull. She then limped into port in Batavia, now named Jakarta, in the Dutch East Indies for more substantial repairs. The crew was all sworn to secrecy about the lands they had visited. She resumed her westward home journey and reached Dover, England, after nearly three years at sea.

Searches for the lost cannons of the Endeavour started in 1886. Rewards were offered, but after many failed attempts, it was not until 1969 when a research team using a magnetometer, locate the cannons. The recovery of the six cannons occurred one year before the 200th anniversary of Cook’s charting of the east coast of Australia. The Australian National Maritime Museum undertook conservation work on the cannons.

The six Cannons can be seen at the following Museums:

Endeavour beached at Endeavour River for repairs, after her grounding on the Great Barrier Reef in 1770.

Captain James Cook’s voyages of discovery laid the groundwork for Britain’s expanded colonial empire and the establishment of settlements in Australia and New Zealand. HM Bark Endeavour, also known as HMS Endeavour, was the British Royal Navy research vessel that Lieutenant James Cook commanded on his first voyage of discovery, to Australia and New Zealand, from 1769 to 1771. The recovered cannons are witness to this incredible history and adventure. Endeavor’s Pacific voyage is commemorated in the use of her image on the reverse of the New Zealand fifty-cent coin and in the naming of the Space Shuttle Endeavour in 1989.

The HMS Endeavour was the British Royal Navy research vessel that Lieutenant James Cook commanded to Australia and New Zealand on his first voyage of discovery from 1768 to 1771. The Endeavour’s fame started when she departed Plymouth in 1768, to reach Tahiti in time to observe the 1769 transit of Venus across the Sun. She then set sail into the uncharted ocean to the south, reaching New Zealand, she was the first European vessel to reach the islands since Abel Tasman’s Heemskerck 127 years earlier. In 1770, the Endeavour became the first ship to reach the east coast of Australia and did not return home to England for nearly three years.

After her epic voyages, she was eventually sold into private hands in 1775 and renamed as Lord Sandwich. She was then hired as a British troop transport during the American War of Independence and was scuttled in a blockade of Narragansett Bay, Rhode Island, in 1778. In September 2018, marine archaeologists announced that they had located what they believed to be the wreck of the ship off the coast of Rhode Island in the United States.

Cannon from the Endeavour

“Never bring a cannon on stage in Act I unless you intend to fire it by the last act.”
– Anton Chekhov