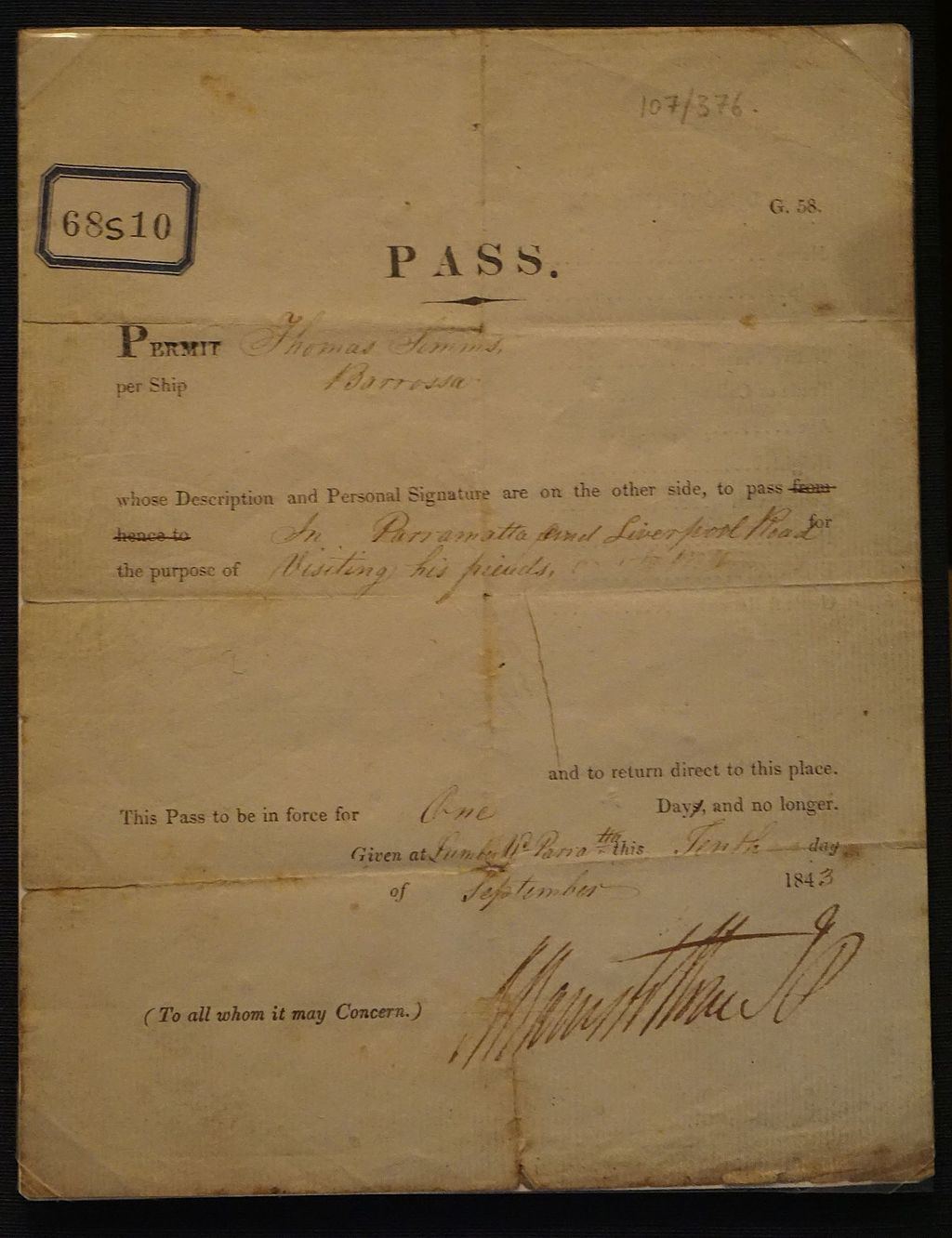 This “Convict Leave Pass” was issued by Parramatta Lumberyard to Thomas Simms in 1843. The back of the pass describes Simms as a 48-year-old, 5 foot, 6 inches tall, with ‘dark ruddy and freckled’ complexion. He had one glass eye, missing teeth and a scar on his forehead.

Thomas Simms arrived as a convict in the colony of New South Wales, from Lancashire in 1839. He was granted a “Ticket of Leave” enabling him to work and live independently within the District of Parramatta. He worked in the Parramatta Lumberyard and this “Convict Leave Pass” permitted him to leave the district for just one-day visits to friends.

The colony of New South Wales (NSW) was established in 1788 when the First Fleet led by Captain Arthur Phillip founded the first British settlement in Australia as a penal colony. NSW was a colony of the British Empire from 1788 to 1901, when it became a State in the federal Commonwealth of Australia on 1 January 1901.

The ticket of leave system was first introduced in 1801. It aimed to reduce the burden on the colonial government of providing food to the convicts. Convicts who were able to support themselves were awarded a ticket of leave, which permitted the holders to seek employment within a specified district, but not leave it without the permission of the government or the magistrate. The “Leave Pass” allowed the convict to leave the assigned district for a defined period.

Other historical objects from the National Museum of Australia, featured in “Joy of Museums include the following are some highlights: