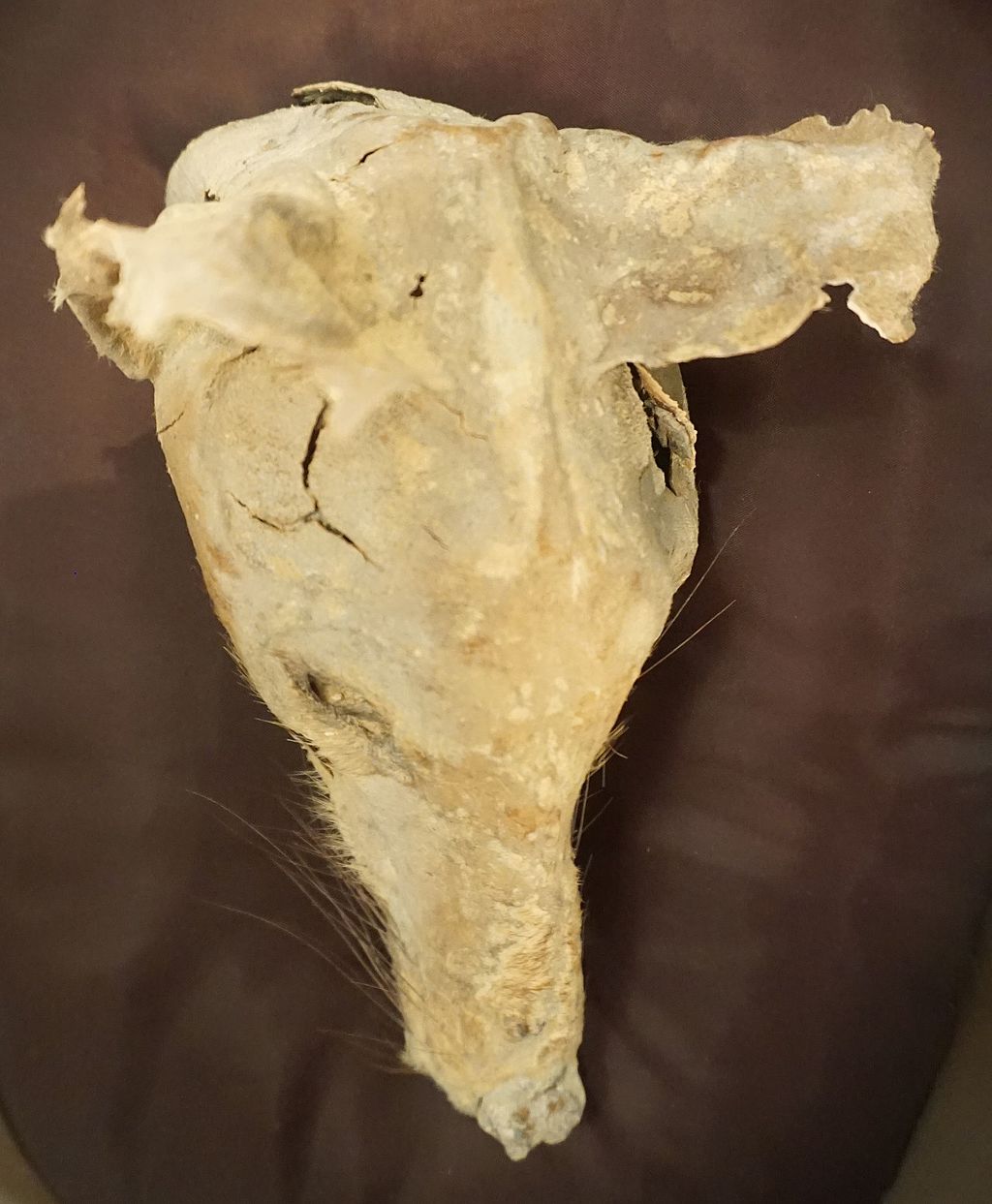 Mummified Thylacine Head or Tasmanian Tiger, is over 3,000 years old and was discovered in Murra-El-Elevyn Cave in the Nullarbor Plain, Western Australia. This is a rare discovery of a Mummified Thylacine, and this find was possible because it was preserved by the cool, dark and dry conditions of the cave.

The Thylacine had become extinct on the Australian mainland 2,000 years ago, but it survived on the island of Tasmania, until 1936. This fragile head was discovered in a limestone cave on the Nullarbor in 1990. This discovery helped to dispel the myth that thylacines, were found only in the island of Tasmania. Thylacines were once widespread across mainland Australia, extending north to Papua New Guinea and south to Tasmania. Aboriginal rock-paintings of Thylacine-like animals can be found in northern Australia including the Kimberley region of Western Australia. 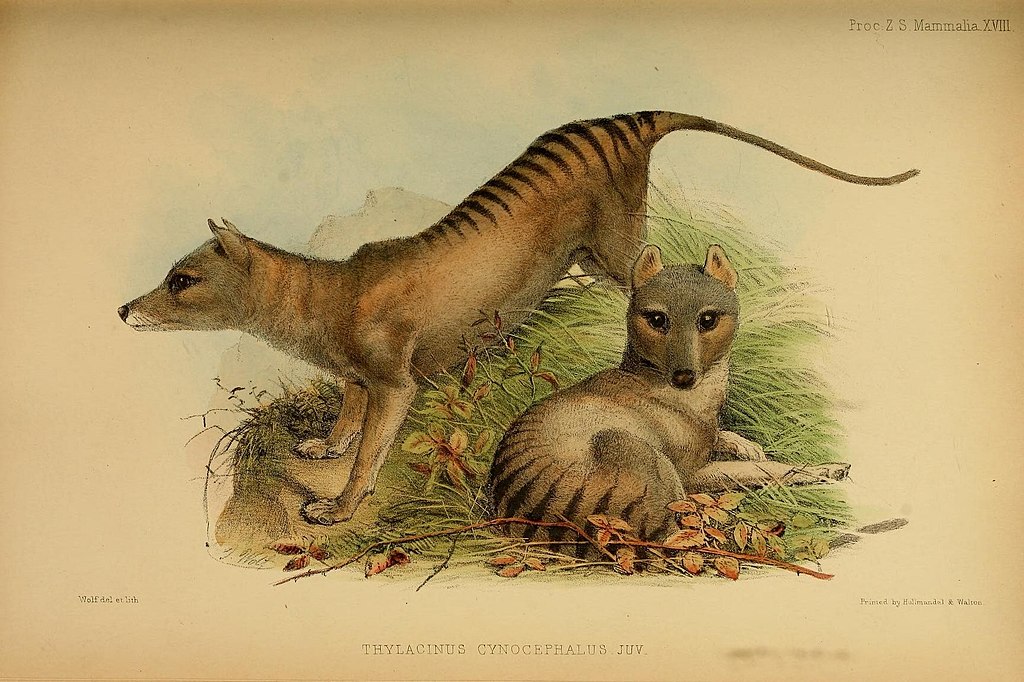 The head is preserved, because the Nullarbor caves are very cool and dry, with conditions very similar to those of Egyptian tombs. This ancient animal’s eyelashes, ears and whiskers are still clearly visible.

More details about the or Tasmanian Tiger can be found at:

Cavers first discovered a full body Mummified Thylacine in 1989. They protected the skeleton with rocks and left it in place. Later, fearful that trophy hunters would remove the Thylacine and it would be lost forever, a relocation of the remains were made for safekeeping. The thylacine was donated to the Western Australian Museum in 1999.