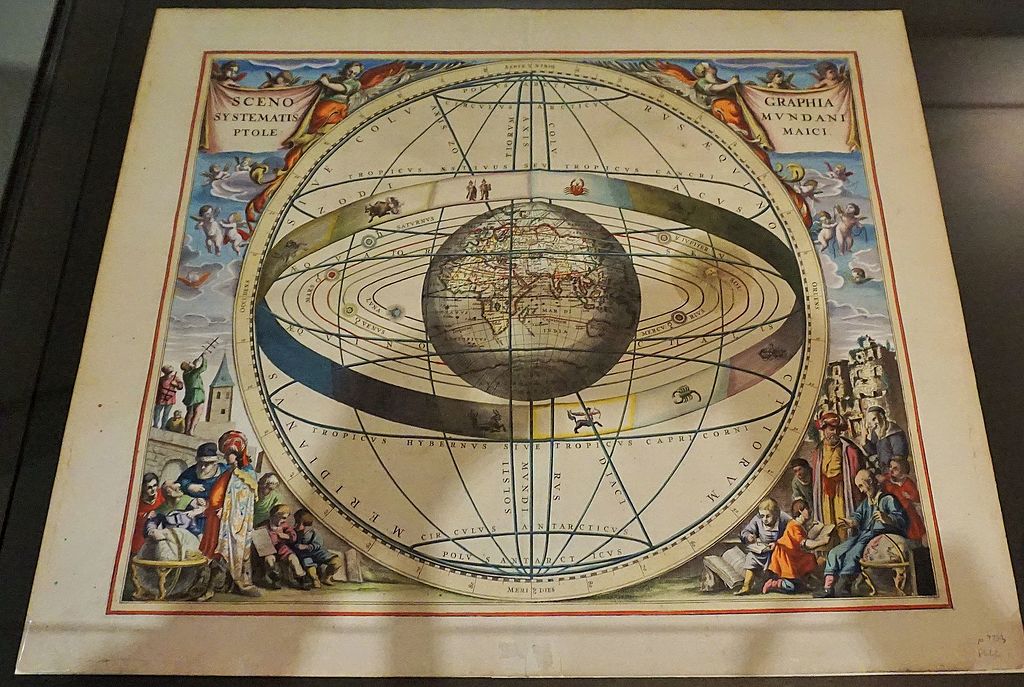 Ptolemy’s View of the Solar System

Andreas Cellarius created Ptolemy’s View of the Solar System in 1660. The earth is prominently featured at the center of the universe, showing the eastern hemisphere with a partially delineated Nova Hollandia (Australia) and a massive southern continent.

Claudius Ptolemy (100 – 70 AD) from Alexandria, Egypt of the Roman Empire time, was a leading Astronomer and Geographer, who postulated that the Earth was at the center of the universe.

Cellarius shows the earth-centric model, with the signs of the zodiac and surrounded by allegorical scenes of classical astronomers working with globes and instruments.

The name Australia is derived from the Latin Terra Australis (“southern land”), a name used for a hypothetical continent in the Southern Hemisphere.

When Europeans began visiting and mapping Australia in the 17th century, the name Terra Australis was applied to the new southern continent.

In the 19th century, Australia was best known as “New Holland,” a name first used by the Dutch explorer Abel Tasman in 1644. 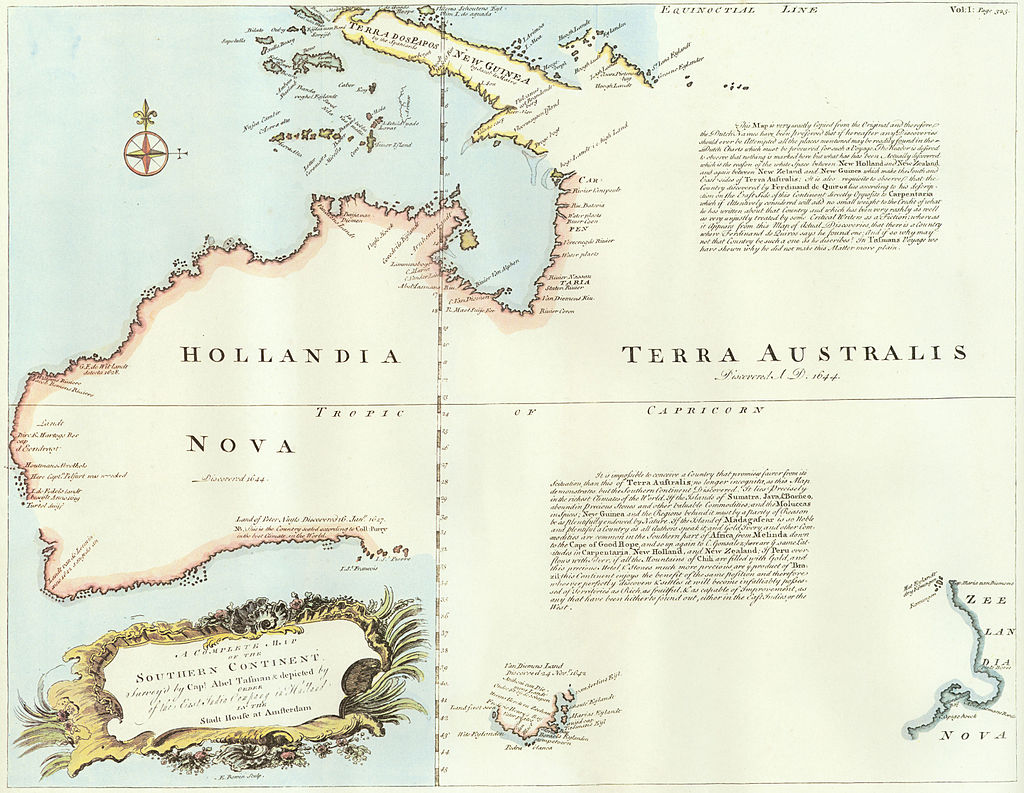 The name Australia was popularised by the explorer Matthew Flinders (1774 – 1814), who said it was

“more agreeable to the ear, and an assimilation to the names of the other great portions of the earth.”

The first time that the word “Australia” appears to have been officially used was in 1817 when Governor Macquarie acknowledged the receipt of Flinders’ charts of Australia.

The first official published use of the new name came with the 1830 British publication of “The Australia Directory.”

Ptolemy’s View of the Solar System

A Tour of the Museums  in Australia