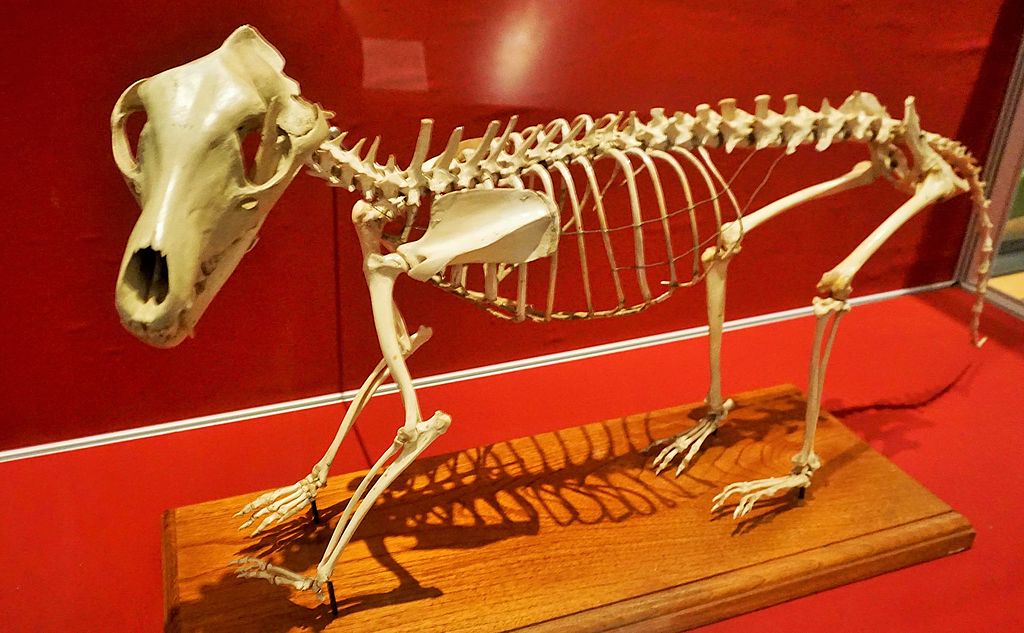 This Thylacine Skeleton represents an animal species that became extinct in 1936.

The Thylacine (Greek for “dog-headed, pouched-one”) was the largest known carnivorous marsupial of modern times.

It was the last surviving member of its family. It is commonly known as the Tasmanian Tiger because of its striped lower back.

The Thylacine was a shy, nocturnal creäture with the general appearance of a medium-sized dog, except for its stiff tail and abdominal pouch/.

The Thylacine’s looks were reminiscent of a kangaroo, but it also had dark transverse stripes that radiated from the top of its back, similar to those of a tiger.

The Thylacine had become extinct on the Australian mainland 2,000 years ago, but it survived on the island of Tasmania, until 83 years ago. Intensive hunting encouraged by government bounties is blamed for its extinction.

From 1886 to 1909, the Tasmanian Government paid one pound for every Thylacine killed.

A sharp drop in bounty payments between 1908 and 1909 suggests that the Thylacine suffered from some widespread disease.

They were not declared “protected” until 1936, just before the last one died in captivity in 59 days later. 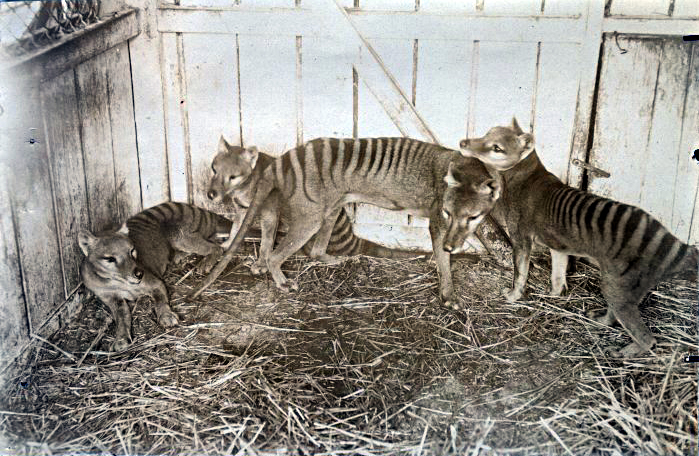 Thylacines at the Beaumaris Zoo in Hobart, 1910

New footage of a Tasmanian Tiger has been discovered.

The Tragic Tale of the Tasmanian Tiger

“The more you know, the less you need.”
-Australian Aboriginal saying