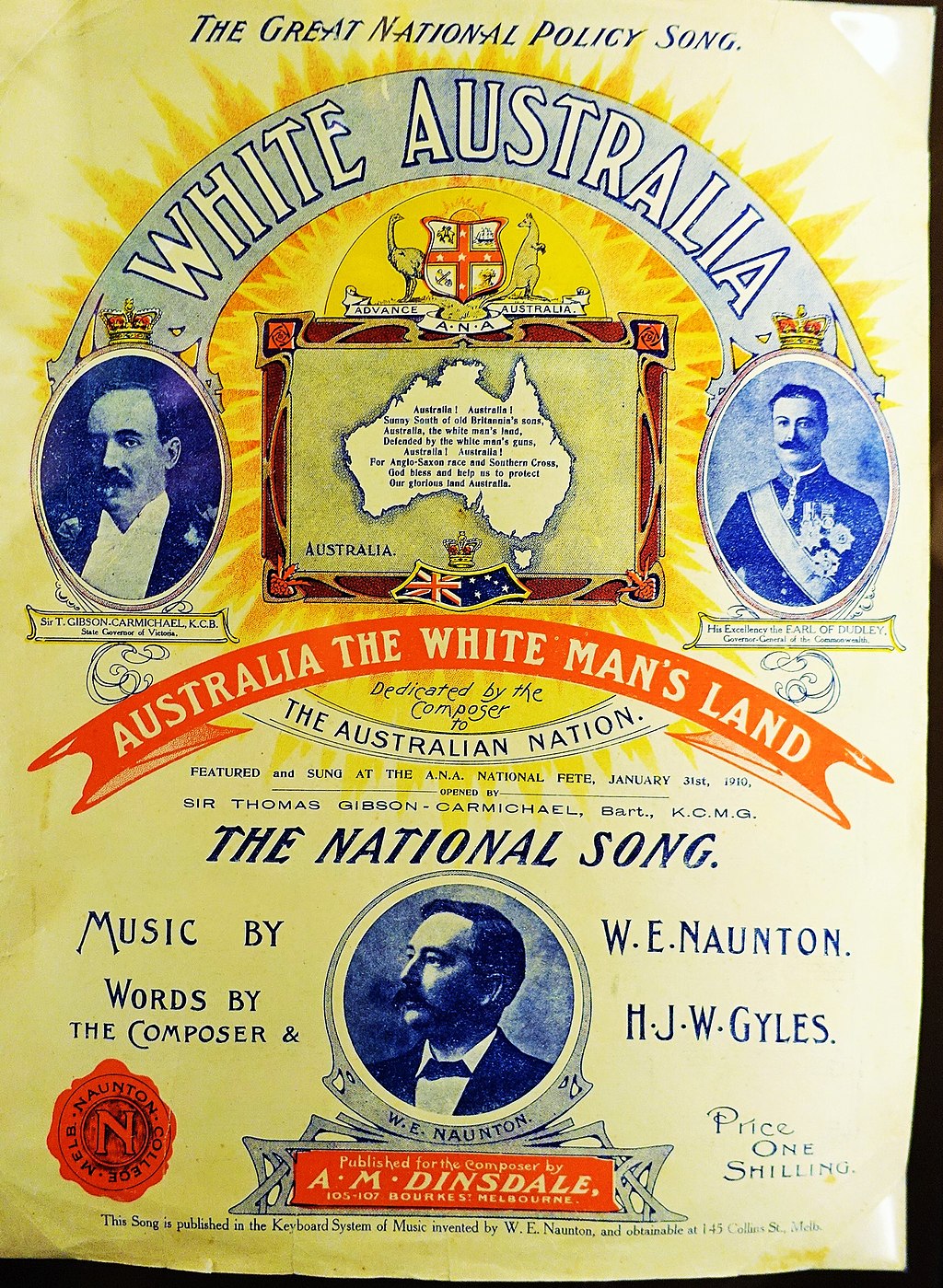 The song consists of three verses and a chorus. Motifs on the sheet music include a white map of Australia. The lyrics include:

“Our Northern territory no longer is to be the open gate of colored migration. This continent of ours is a white man’s land and not for alien surplus population.”

The cover bears the Australian coat of arms with the words Advance Australia.

A Tour of the Immigration Museum, Melbourne