The Melbourne Museum is a natural and cultural history museum that opened in 2000 to provide a facility for education, history, and culture in a contemporary setting.

It is one of the largest museums in Australia and is managed by Museums Victoria. The facility is home to some of Museums Victoria’s State Collections, which holds over 17 million items.

The collection includes objects relating to:

The library collection holds some of Australia’s rarest examples of 18th and 19th-century scientific monographs and serials.

The museum had its earliest beginnings in the Government Assay Office, which opened in 1854. The new Melbourne Museum is inclusive of living organisms within the galleries.

The centerpiece of the new building houses the Forest Gallery, a massive living exhibition offering a window into the tall forests of eastern Victoria.

It includes hundreds of living plants and live animals such as birds, reptiles, amphibians, and invertebrates. 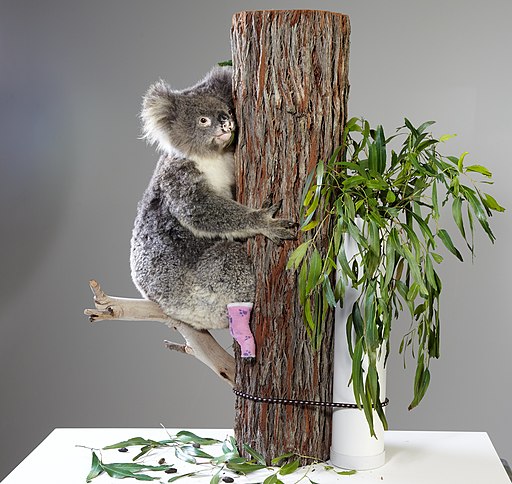 Sam the Koala – during the 2020 Bushfires, she was filmed drinking from a water bottle. Sam’s image became headline news around the world.
She became a symbol of hope and resilience during the loss and trauma of the bushfires.
Sam recovered from her burns but was later euthanized due to chlamydiosis which is widespread in koalas and is exacerbated by the loss of habitat.
After Sam’s death, she was prepared for display in a manner that depicted her recovering from her fire injuries showing her foot bandages.

Highlights of the Melbourne Museum

A Virtual Tour of Indigenous Aboriginal Art And Artifacts