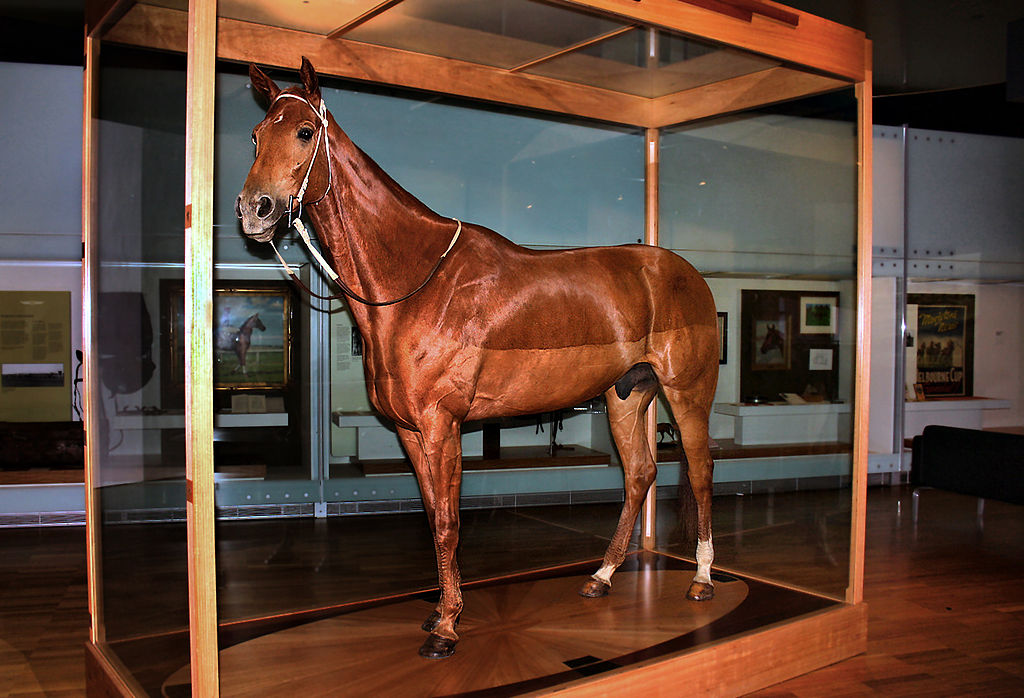 Phar Lap was a champion thoroughbred racehorse whose winning achievements captured the public’s imagination during the early years of the Great Depression. Phar Lap is considered to be a national icon in both Australia and New Zealand.

The name Phar Lap derives from the Thai / Chinese word for lightning or ‘sky flash.’ In a four-year racing career, Phar Lap won a total of 37 of 51 races he entered. Including the Melbourne Cup in 1930, then in 1931, he won 14 races in a row. Thirtytwo wins followed this successful record out of 35 races.

Phar Lap died in controversial circumstances during an American visit. Phar Lap was found in severe pain and a high temperature a few hours before his death from hemorrhaging. An autopsy revealed that Phar Lap’s stomach and intestines were inflamed, leading many to believe the horse had been deliberately poisoned. The conspiracy theory was that Phar Lap was killed on the orders of U.S. gangsters, who feared the winning champion would inflict significant losses on their illegal bookmakers. The controversy continues to this day.

Phar Lap has been honored with a life-sized bronze statue at Flemington Racecourse in Melbourne (home of the Melbourne Cup) and has had many streets named after him in Australia, New Zealand, and California. He was honored on a postage stamp issued by Australia Post and has featured in Australian citizenship tests.