Sketches and paintings of Australia’s Indigenous owners, Australia’s flora and fauna started with members of Captain Cook’s entourage who were on a scientific quest. Then with the arrival of the First Fleet of the settlement, the number of images of Australia’s unique environment increased as did art depicting the growing settlements across the colony. 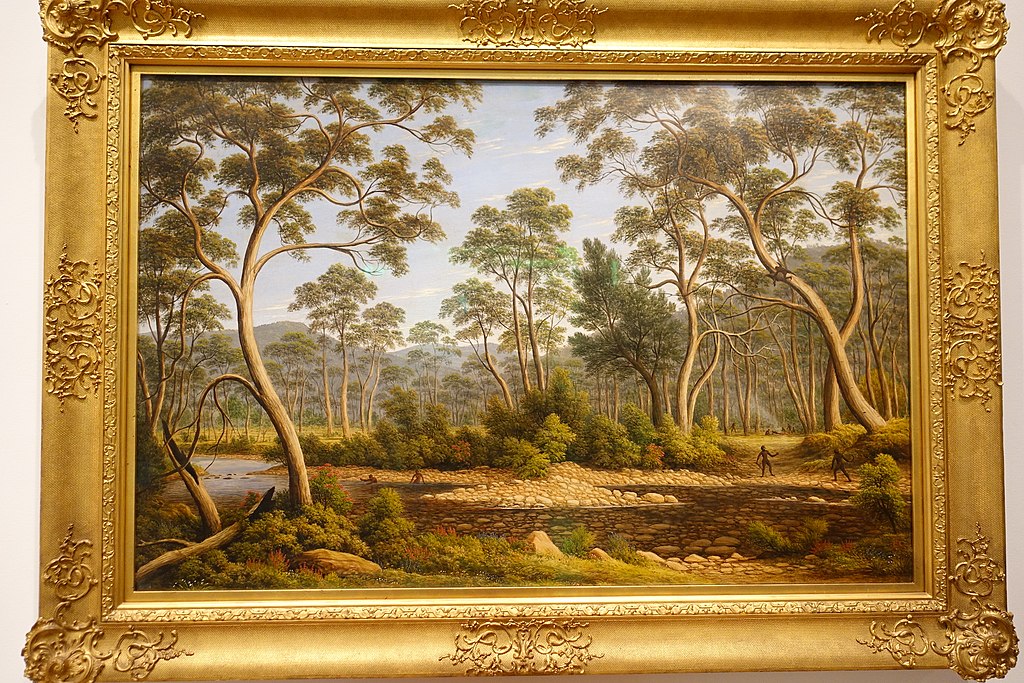 John Glover (1767 –  1849) was an English-born Australian artist who was prominent during the early colonial period of Australian art. He has been dubbed “the father of Australian landscape painting.” Glover moved to Australia, arriving in Van Diemen’s Land (now Tasmania) on his 64th birthday in 1831. He lived in Hobart on a property named “Stanwell Hall,” and in 1832, he acquired one of the most significant grants of land in Van Diemen’s Land at the time. Glover is best known for his paintings of the Tasmanian landscape.

Johann Joseph Eugene von Guérard (1811 – 1901) was an Austrian-born artist, active from 1852 until 1882. Known for his finely detailed landscapes in the tradition of the Düsseldorf school of painting. Von Guerard arrived in Victoria, Australia, in 1852 to try his luck on the Victorian goldfields. As a gold-digger, he was unsuccessful, but he realized that there were opportunities for an artist in Australia, so he abandoned the diggings and was soon undertaking commissions recording the dwellings and properties of wealthy pastoralists. 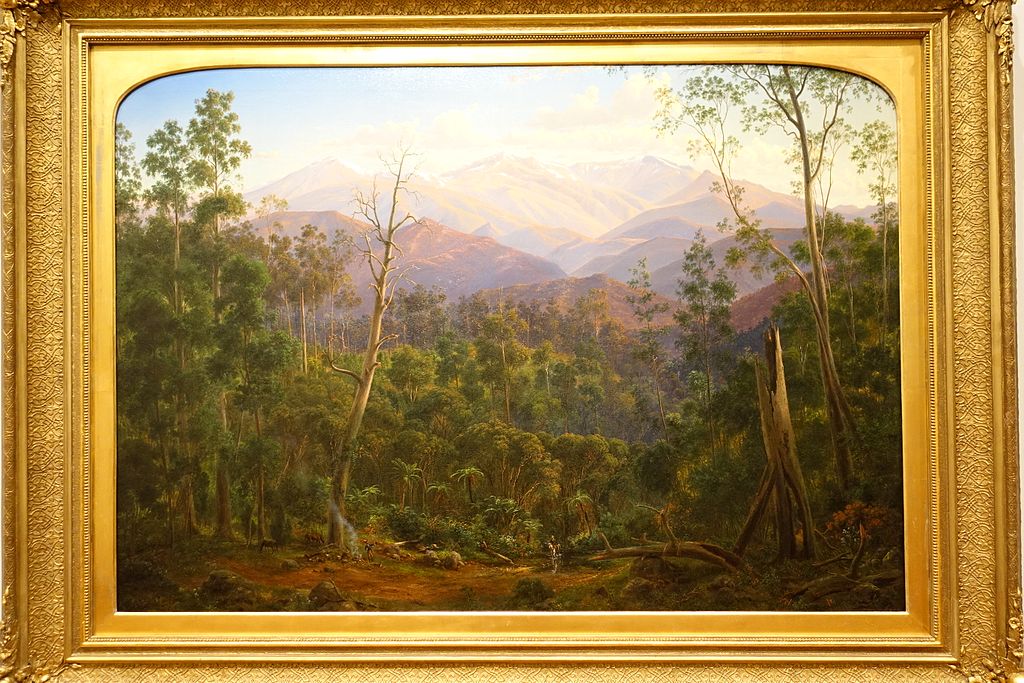 By the early 1860s, von Guerard was the foremost landscape artist in the colonies, touring Southeast Australia and New Zealand in pursuit of the sublime and the picturesque. He is most known for his wilderness paintings, which are remarkable for their lighting and accurate detail.

In 1870 von Guerard was appointed the first Master of the School of Painting at the National Gallery of Victoria, where he was to influence the training of artists for the next 11 years. Amongst his pupils were Frederick McCubbin and Tom Roberts. When Von Guerard retired, he departed for Europe in 1882. Eleven years later, he lost his investments in the Australian bank crash, and he lived in poverty until his death in Chelsea, London, in 1901.

“A determined soul will do more with a rusty monkey wrench than a loafer will accomplish with all the tools in a machine shop.”
– Robert Hughes