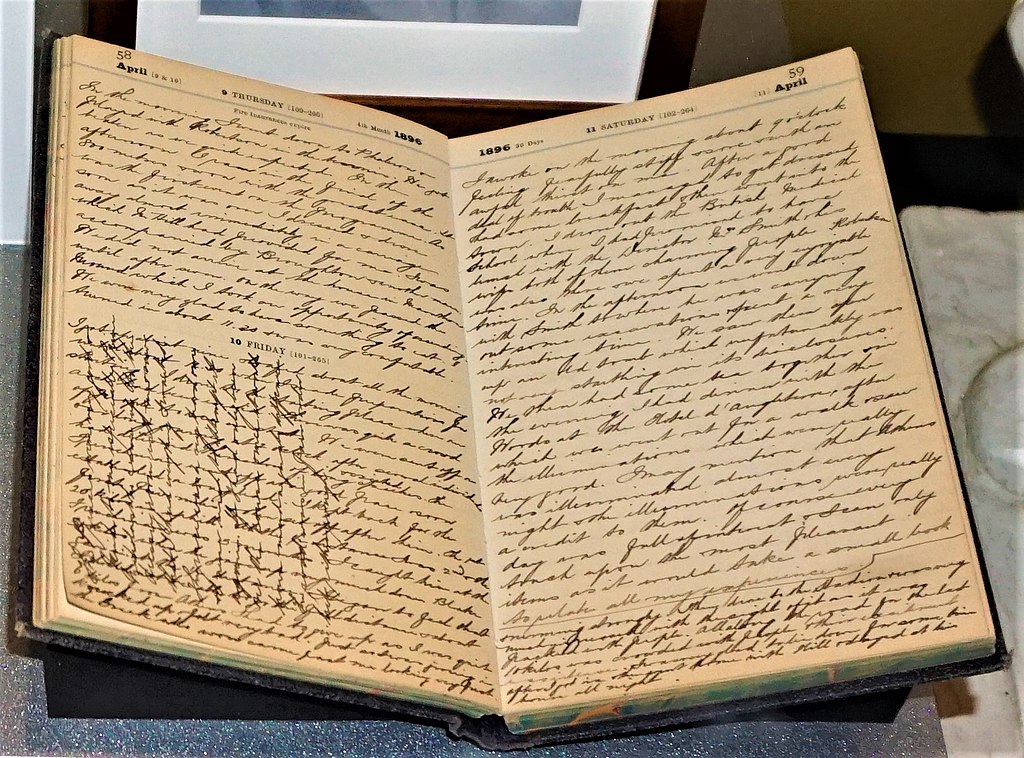 Edwin Harold Flack (1873 – 1935) was Australia’s first Olympian and only representative in the 1896 Summer Olympics. The Games of the 1st Olympiad was the first international Olympic Games held in modern history.

Born in London, England, Flack was five years old when his family migrated to Australia.  Flack was active in middle and long-distance running in amateur athletics in the then colony of Victoria.

Flack had joined his father’s accountancy firm, Davey, Flack & Co in Australia. Later, in 1894, Flack was sent to London to receive further training as an accountant with the firm Price, Waterhouse & Co.

Flack reached Athens after an uncomfortable six-day rail and sea trip, and on the opening day of the Games, he won his first race.

Flack was a popular competitor in the 1896 games. As the Australian colonies had not yet federated, there was no national anthem or uniform. As such, Flack competed in his Melbourne Grammar School colors.

Edwin Flack’s Diary of the First Olympic Games includes entries covering his historic wins in the first 800m and 1500m events in the first modern Olympics in 1896 in Athens, Greece.

On the opening day of the Games, Flack won his first race in the first heat of the 800 meters run.

A day later, Flack tied for a treble, in the marathon, even though he had never run or trained for the marathon distance.

In the 1896 Summer Olympics,  first-place winners were given a silver medal, while runners-up received a copper medal.

Flack also competed in the tennis singles and doubles at the Athens Olympics. He placed third, but medals for third places were not yet awarded in 1896.

Retroactively, the IOC has converted these to gold and silver and awarded bronze medals to third-placed athletes.

In 1896, a silver medal was awarded to the first-place winner. 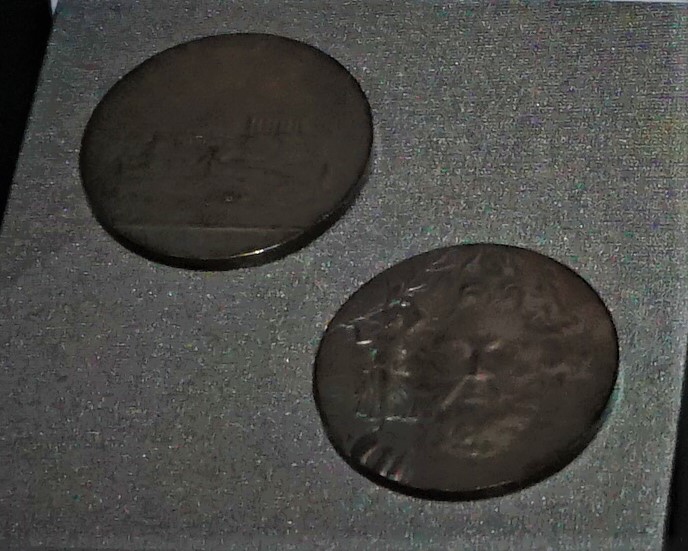 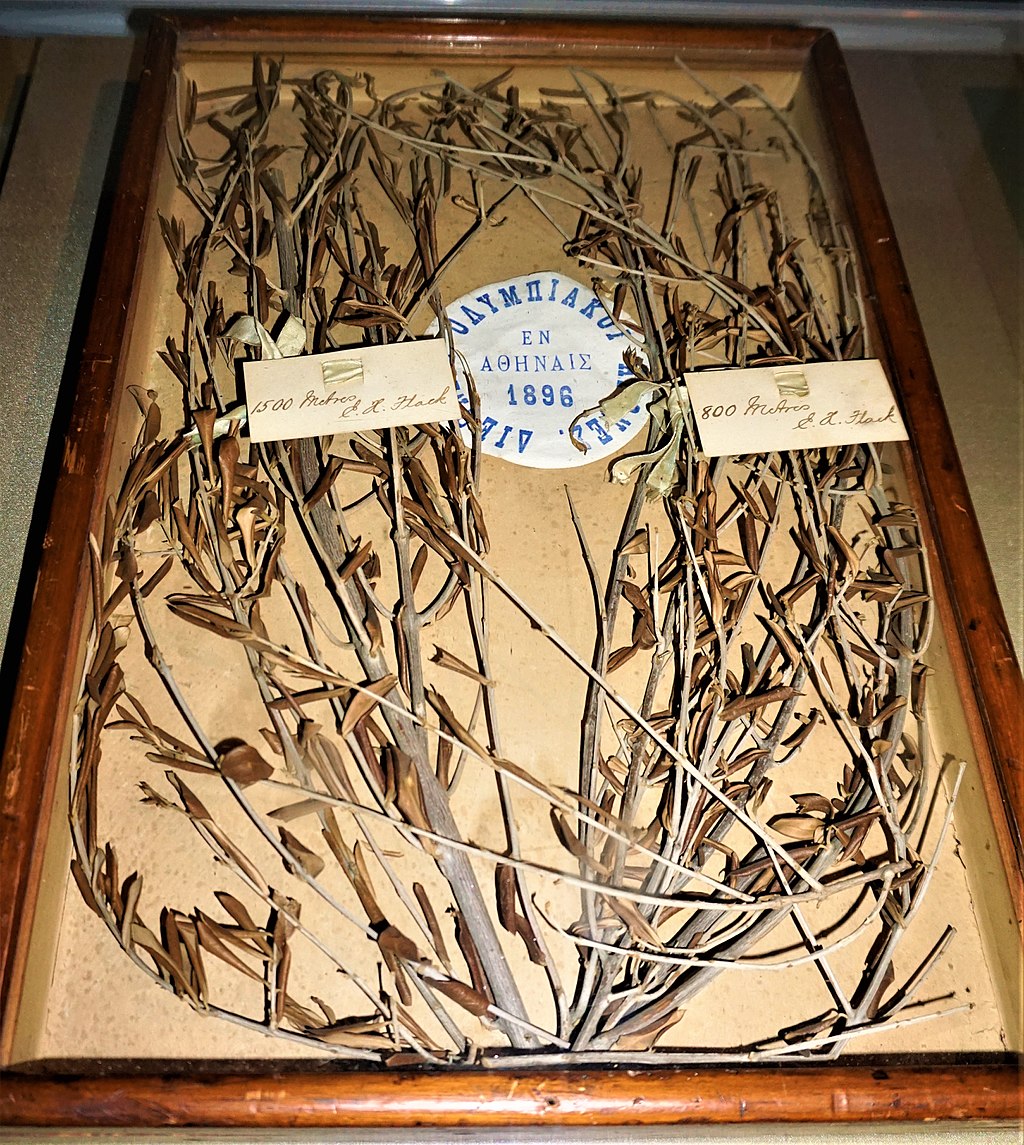 This Olive Branch Wreath was Awarded to Australia’s first Olympic Medallist during the 1896 Summer Olympics in Athens, Greece.

Reflecting on the history and traditions of the Ancient Greek Olympics, these olive branches were awarded to the Modern Olympic Champions.

Following Flack’s Olympic appearance, he did not compete in any significant events again, opting to breed cattle and help his family’s accounting firm.

The 1896 Summer Olympics had fourteen nations and 241 athletes, all males, take part in the games. Participants were all European, or living in Europe, except for the United States team.

Winners were given a silver medal, while runners-up received a copper medal. Retroactively, the IOC has converted these to gold and silver and awarded bronze medals to third-placed athletes.

The United States won the most gold medals, 11, host nation Greece won the most medals overall, 46. The highlight for the Greeks was the marathon victory by the Greek runner Spyridon Louis.

Athens had been unanimously chosen to stage the inaugural modern Games because Greece was the birthplace of the Ancient Olympic Games.

The 1896 Olympics were regarded as a great success. The Games had the most significant international participation of any sporting event to that date.

Australia at the 1896 Summer Olympics

Australia, in 1896 was a group of British colonies that later formed part of Australia. Edwin Flack was born in England but spent most of his life in Australia and so was considered an Australian athlete by the Olympic Committee.

The Union Flag was used as the flag for the Australian colonies as well as Great Britain and Ireland at the 1896 Summer Olympics.

Flack was the only competitor from an Australian colony.

Medal count in the 1896 Summer Olympics

Highlights of the National Sports Museum