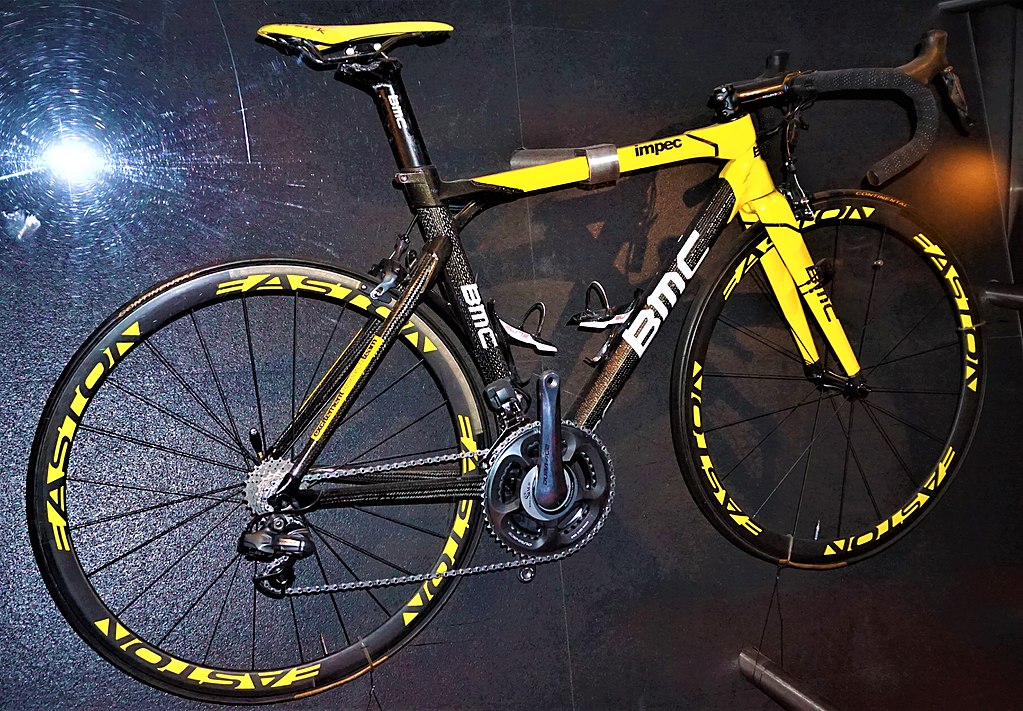 This yellow bicycle was specially produced by Evans’ team, BMC Racing, specifically to be ridden on the final day of the race. Its yellow color was reflecting the yellow jersey worn by the lead rider in the Tour. Evans’ win was celebrated in Australia, and at a homecoming parade held on his return, tens of thousands of people turned out, many dressed in yellow and waving yellow flags. Evans rode this bicycle through the yellow-lined streets during the parade in Melbourne.

The race was first organized in 1903 and is traditionally held in July. There are usually between 20 and 22 teams, with nine riders in each. All of the stages are timed to the finish; the riders’ times are compounded with their previous stage times. The rider with the lowest cumulative finishing times is the leader of the race and wears the yellow jersey. In 2011 it was Cadel Evans on this winning bicycle.

A Tour of the National Sports Museum, Australia