This treasured flag initially flew over the Sultan’s palace in Johore, the most southern state in Malaya, in 1941.  In late January 1942, this giant British Union Jack flag was removed from the palace to prevent it from falling into enemy hands.

After Singapore’s surrender in 1942, Australian Army Captain Ken Parsons, who initially removed the flag, together with other medical staff, preserved the flag during their time as Prisoners of War in the infamous Changi camp.

The Australian POWs concealed the flag during the entire three and half years of their imprisonment at Selarang Barracks, Changi.

Locked up along with thousands of Allied prisoners in Changi, the flag became a symbol of stoic determination.

It was only brought out on ceremonial occasions or for the burial of prisoners. They then secured the flag again, and it became a symbol of the courage of the prisoners of war.

Orderly on His Rounds in X Ward, Changi Gaol, Singapore

Ninety-one names were Australian, the other signatures belonged to members of the liberating force and foreign patients looked after by the Australian medical unit.

Sixteen of the Australian’s who signed the flag, before their departure for the Burma-Thailand Railway in 1943, did not survive their ordeal. 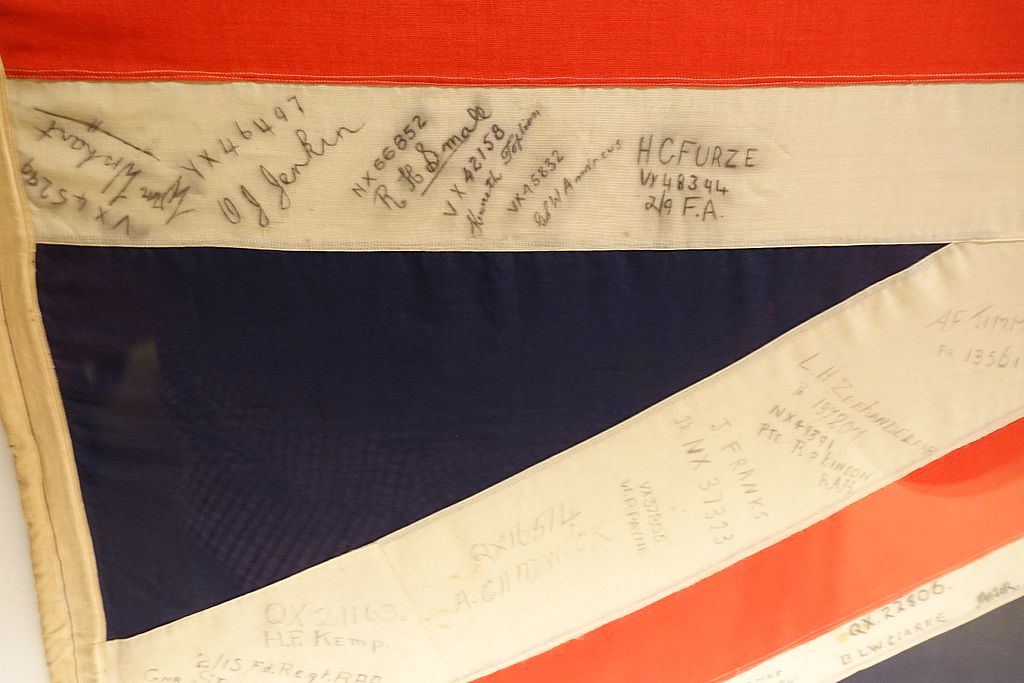 Many of their signatures have faded, but a hopeful message from Changi hospital patients remains:

“Xmas 1942.
Wishing Capt Parsons,
Speedy release and everything good for the coming year.
From the patients.”

The Japanese used the British Army’s Selarang Barracks, near Changi prison, as a prisoner of war camp, holding some 50,000 Allied soldiers, predominantly British and Australian.

The name “Changi” has become synonymous with the infamous POW camp.

About 850 POWs died during their internment in Changi during the occupation of Singapore, a relatively low rate compared to the overall death rate of 27% for POWs in Japanese camps.

Australian POWs built a chapel at the prison in 1944 using simple tools and materials. A series of murals were painted at the chapel. A British POW created a Christian cross out of a used artillery shell.

After the war, the chapel was dismantled and shipped to Australia, while the cross was sent to the UK. The chapel was reconstructed in 1988 and is now located at the Royal Military College, Duntroon, Canberra. 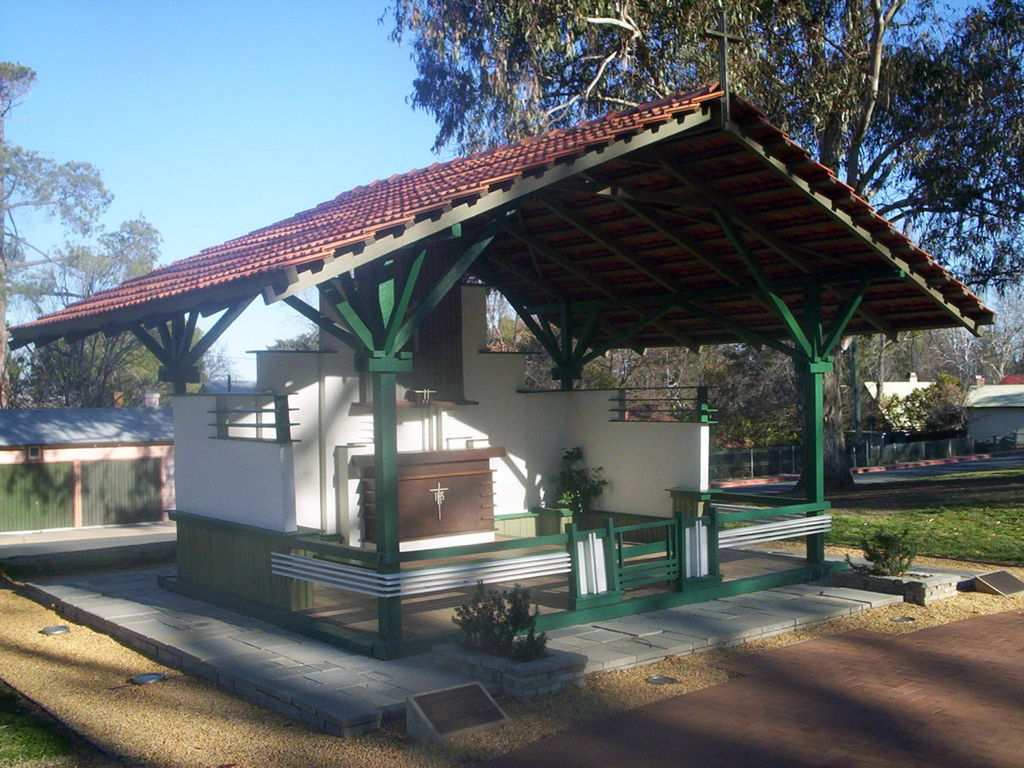 The original Changi Chapel at Duntroon and dedicated to Australian POWs.

Captain Parsons brought the flag back to Sydney after the war. It eventually passed to his only son, and it lay folded away in a pillowcase and forgotten at the bottom of a cupboard.

In 2004 Mrs. Parsons, now a widow decided to sell the flag, and it was purchased by a Melbourne business person who donated it to the Shrine of Remembrance.

“For the Fallen” is a poem written by Laurence Binyon. It was first published in The Times in 1914. The “Ode of Remembrance” is an ode taken from the poem. It is often recited at Remembrance Day services.

“They shall grow not old, as we that are left grow old;
Age shall not weary them, nor the years condemn.
At the going down of the sun and in the morning
We will remember them.”
– “For the Fallen” by Laurence Binyon

In Australia, the “Ode of Remembrance” is regularly recited at memorial services held on days commemorating World War I, such as ANZAC Day, Remembrance Day, and Remembrance Sunday.

In Australia and New Zealand, it is also part of the Dawn service at 4.28 a.m. Recitations of the “Ode of Remembrance” are often followed by a playing of the “Last Post.”

The line “Lest we Forget” is taken from Kipling’s poem “Recessional.” Killing wrote it before WWI, but it is often used as if it was part of the ode and repeated in response by those listening.

Responding with “Lest we Forget” is primarily the practice in Australia and New Zealand. Several Boer War memorials are inscribed with the phrase showing its use before WWI.

In the United Kingdom, Australia, New Zealand, and Singapore, the final line of the ode, “We will remember them,” is repeated in response.

“They shall grow not old, as we that are left grow old;
Age shall not weary them,
nor the years condemn.
At the going down of the sun and in the morning,
We will remember them.”
– “For the Fallen” by Laurence Binyon