Architecture and Design of the Shrine

The external design of the Shrine of Remembrance is based on the Parthenon in Athens and the Mausoleum of Maussollos at Halicarnassus, one of the Ancient Seven Wonders of the World.

It is a square plan structure, roofed with a stepped pyramid and with entrances on the north and south through classical porticos, each of eight fluted Doric columns supporting a pediment containing sculpture in high relief. Broad flights of steps approach the porticos.

The northern pediment sculptures represent “The Call to Arms.” A winged goddess, symbolic of the Mother Country, calls her dominions to defend her. Young warriors on either side respond to the appeal and are seen kneeling at her side.

Behind the warrior on the right, is a poet symbolizing the songs of battle, while behind him are the dogs of war straining against their leash. On the other side, a mother gathers her children, and an older man looks after the safety of the flock.

The southern pediment sculptures depict “The Homecoming” and peace. In the center is Youth plucking the fruits of the earth and being drawn by Neptune’s horses. On the right is a potter representing the industry and the group further right representing agriculture. On the left, we have education, with an old man teaching and further left are the symbols of the arts and science. 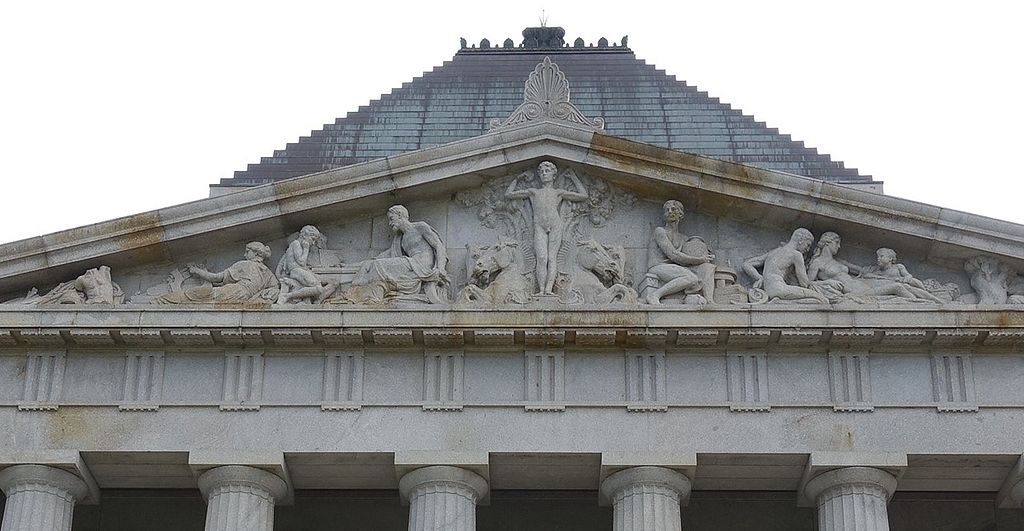 The east and west fronts have large inscriptions plus statuary representing Peace, Justice, Patriotism, and Sacrifice. The inscription on the east wall is:

“This monument was erected by a grateful people to the honored memory of the Men and Women of Victoria who served the Empire in the Great War of 1914 – 1918.” 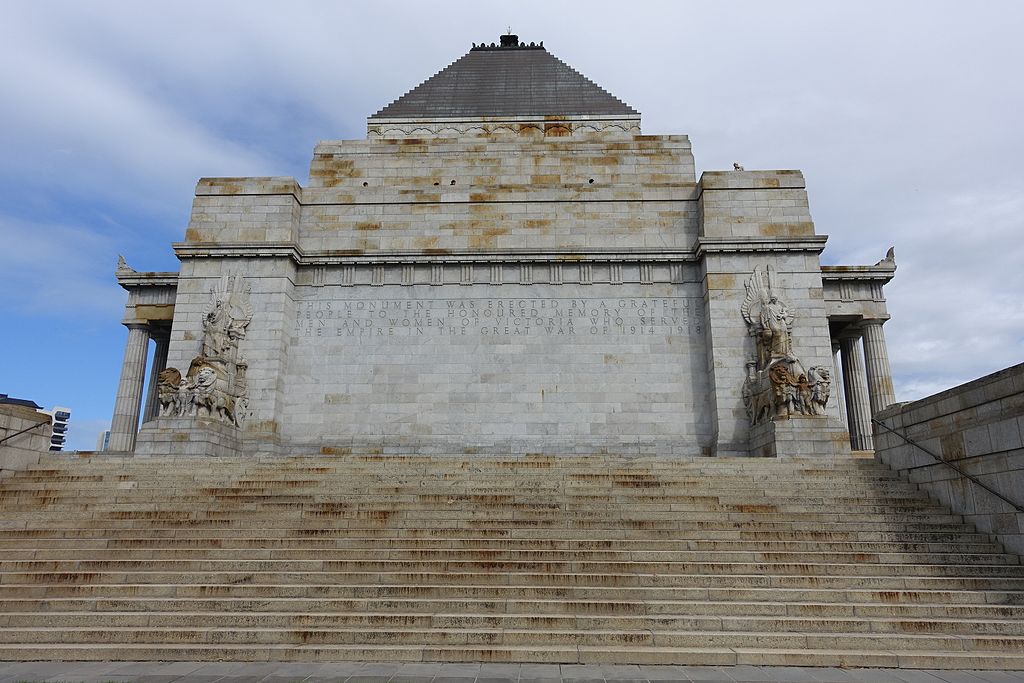 The inscription on the west wall is:

“Let all Men know that this is Holy Ground. This Shrine established in the hearts of Men as on the solid Earth commemorates a People’s fortitude and sacrifice. Ye, therefore, that come after give Remembrance.”

The style and motifs draw on Greek sculpture, and the symbolism is Neo-Classical.

A Tour of Museums in Australia