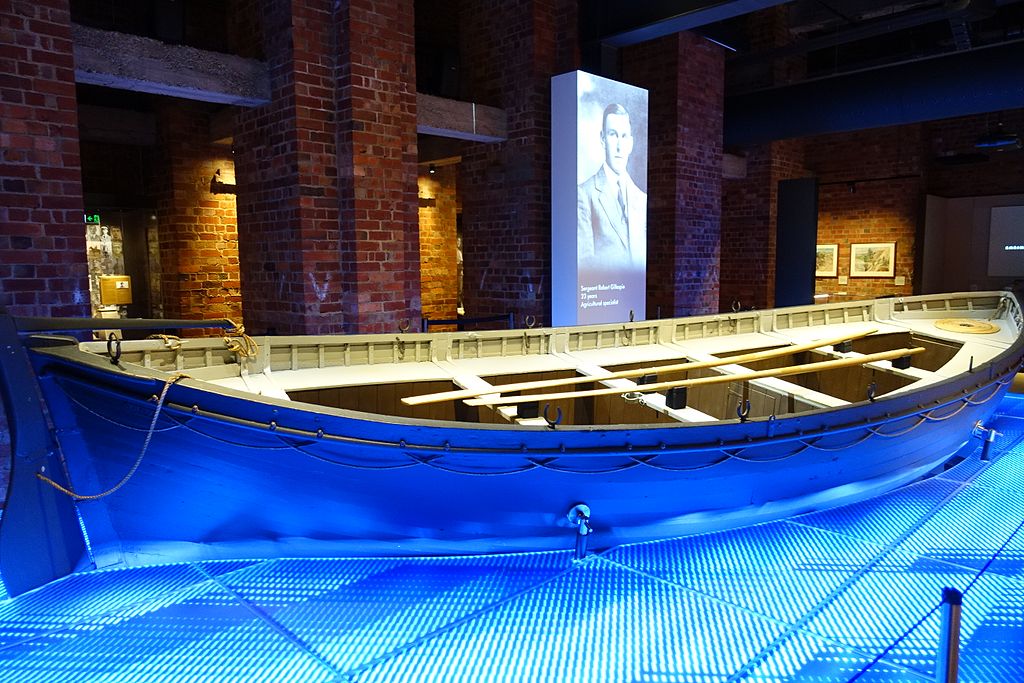 The SS Devanha Lifeboat No 5 is one of only two surviving craft that took ANZAC troops to the landing beaches of Gallipoli, Turkey, in the first landing stages of the World War I Gallipoli campaign on April 25, 1915.

This timber lifeboat, built around 1905, was from the “SS Devanha” known as “Troopship A3” at the time of the Gallipoli landing in 1915. The Devanha served as both a troop transport ship and a later hospital ship.

SS Devanha was built in 1905-6 for the Peninsular & Oriental Steam Navigation Company (P&O). The vessel was initially used on the UK to India and Far East route before being enlisted into military service in 1915.

All requisitioned ships continued to be manned by their regular P&O staff of officers and their peacetime P&O crews.

The night before the landings, the order was given for the soldiers to move from transport ships into destroyers, which had crept up on either side of their respective transports.

With decks crowded and towing behind her the Devanha’s empty lifeboats, the HMS Ribble headed toward the landing beaches with the six other destroyers, all similarly loaded.

During the Gallipoli landing, the boats each carried over 30 soldiers with their equipment and were rowed to shore using oars via rowlocks mounted on the gunwale.

As dawn broke on 25th April 1915, the troops were towed ashore in lifeboats to land at what became known as Anzac Cove, and some way short of the planned landing place.

‘The boats missed their bearing,’ and it proved to be a costly mistake. On the first day, over 2,000 men lost their lives, and little ground was won. 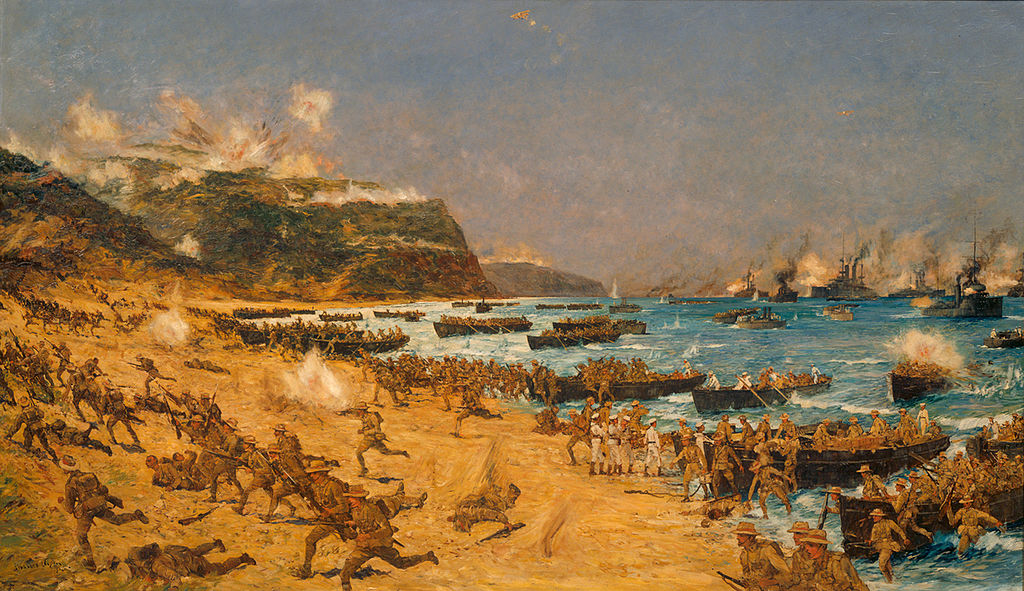 Anzac Cove (Turkish: Anzak Koyu) is a small cove on the Gallipoli peninsula in Turkey. It was the site of World War I landings of the ANZACs (Australian and New Zealand Army Corps) on 25 April 1915.

The cove is 600 meters (2,000 ft.) long. Following the landings, the beach became the main base for the Australian and New Zealand troops during the eight months of the Gallipoli campaign.

Soon after the first day of landings, the Devanha evacuated her first load of casualties and began service as a hospital ship HMHS Devanha transported sick and wounded troops from the battlefield to hospital bases in Egypt.

Devanha continued with these duties until the end of the campaign, and HMHS Devanha was the last hospital ship to leave the Dardanelles.

After the war, the SS DEVANHA resumed commercial service, and in 1919 a passenger noted the lifeboat’s connection with Gallipoli, and P&O donated the craft to the Australian War Museum.

“They shall grow not old, as we that are left grow old;
Age shall not weary them, nor the years condemn.
At the going down of the sun and in the morning
We will remember them.”

The Gallipoli Campaign was a campaign of the First World War that took place on the Gallipoli peninsula, Gelibolu in modern Turkey. Britain and France sought to weaken the Ottoman Empire by taking control of the straits that provided a supply route to Russia.

The invaders launched a naval attack followed by an amphibious landing on the peninsula, to capture the Ottoman capital of Istanbul.

The naval attack was repelled, and after eight months’ fighting, with many casualties on both sides, the land campaign was abandoned, and the invasion force was withdrawn. It was a costly and humiliating defeat for the Allies.

The campaign was a major Ottoman victory in the war. In Turkey, it is regarded as a defining moment in the history of the state.

It formed the basis for the Turkish War of Independence and the declaration of the Republic of Turkey eight years later. It was led by Kemal, who rose to prominence as a commander at Gallipoli, as president.

The campaign is often considered to be the beginning of Australian and New Zealand national consciousness. Today 25 April, the anniversary of the landings, is known as “ANZAC Day,” the most significant commemoration of military casualties and veterans in the two countries.

Anzac Day is a national day of remembrance in Australia and New Zealand that broadly commemorates all Australians and New Zealanders “who served and died in all wars, conflicts, and peacekeeping operations.”

Observed on 25 April each year, Anzac Day was initially devised to honor the members of the Australian and New Zealand Army Corps (ANZAC) who served in the Gallipoli Campaign.

A lifeboat from the SS Devanha