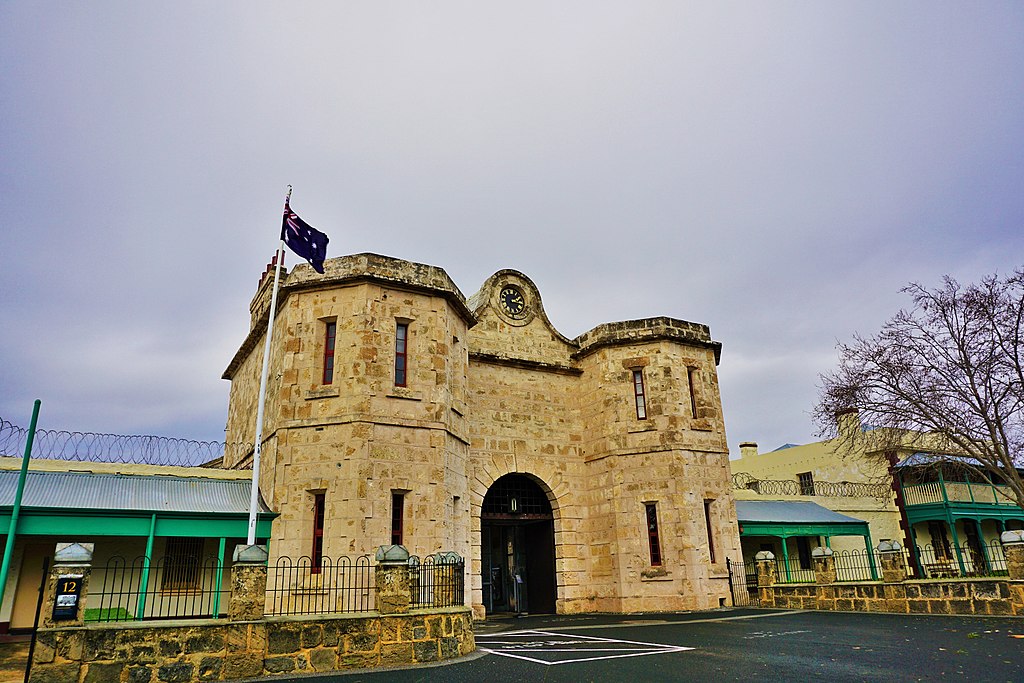 Fremantle Prison, sometimes called Fremantle Gaol or Fremantle Jail, is a former Australian prison and World Heritage Site. The six-hectare (15-acre) site includes the prison cellblocks, gatehouse, perimeter walls, cottages, and tunnels. The prison closed in 1991, and in 2010 was inscribed on the UNESCO World Heritage List as part of the Australian Convict Sites.

Initially known as the Convict Establishment or The Establishment, Fremantle Prison was constructed between 1851 and 1859, using convict labor. It was initially used for convicts transported from Britain but was transferred to the colonial government in 1886 for use for locally sentenced prisoners.

A Tour of Fremantle Prison 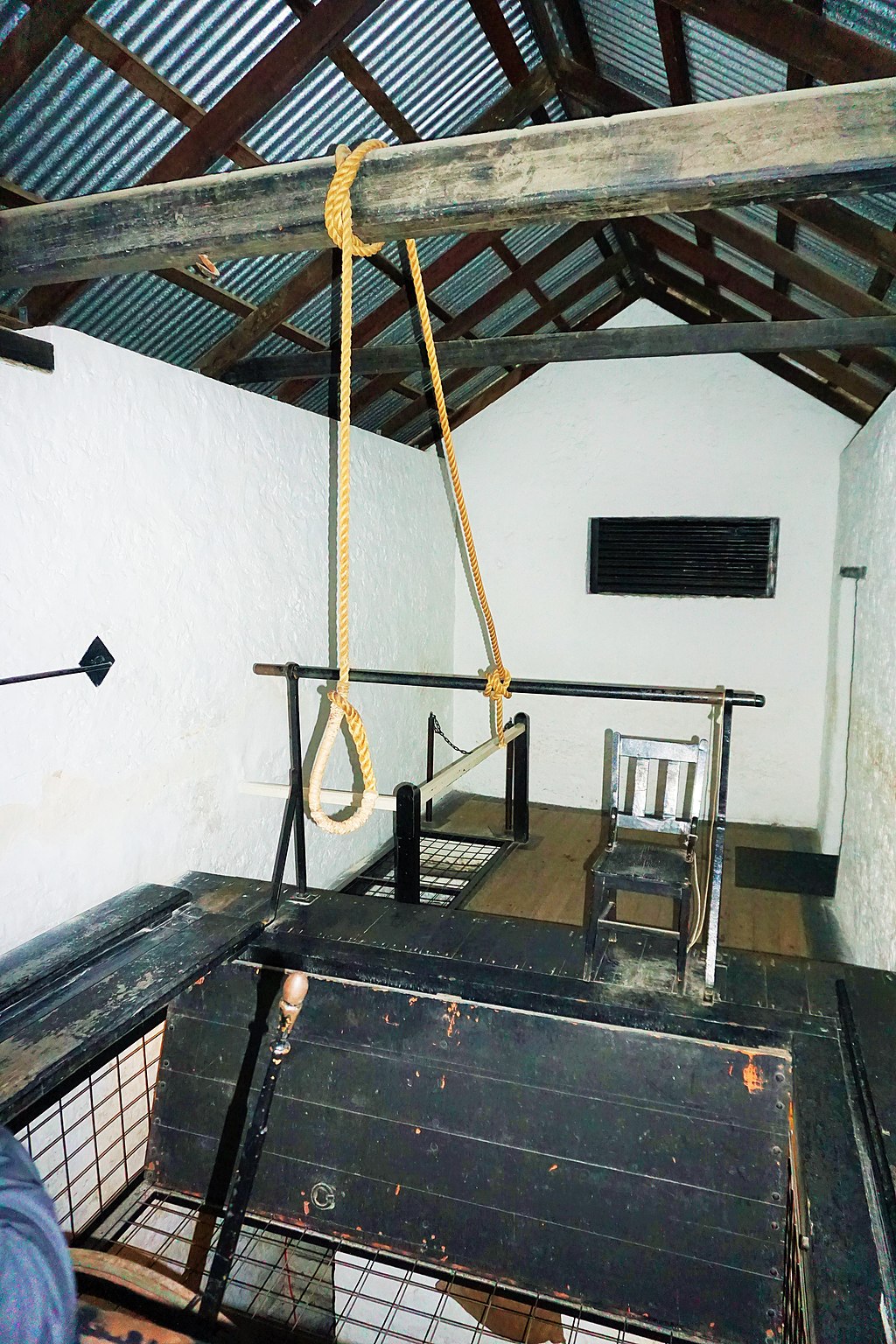 The Gallows Room was completed in 1888 and first used in 1889 to execute a convicted murderer. The gallows room was the only lawful place of execution in Western Australia between 1888 and 1984. At least 43 men and one woman in 1909 were hanged during this period. The last person to be hanged was a serial killer, executed in 1964.

Upon sentencing to death, prisoners were kept under vigilant observation to prevent suicide. Hangings took place on Monday mornings, at 8:00 am. Condemned prisoners were woken at 5:00 am and provided with the last meal, shower, and clean clothes. Handcuffed, they were moved to a holding or “condemned cell” and allowed a couple of sips of brandy to calm their nerves. They were then hooded, led up to the execution chamber, which could hold as many as eleven witnesses. 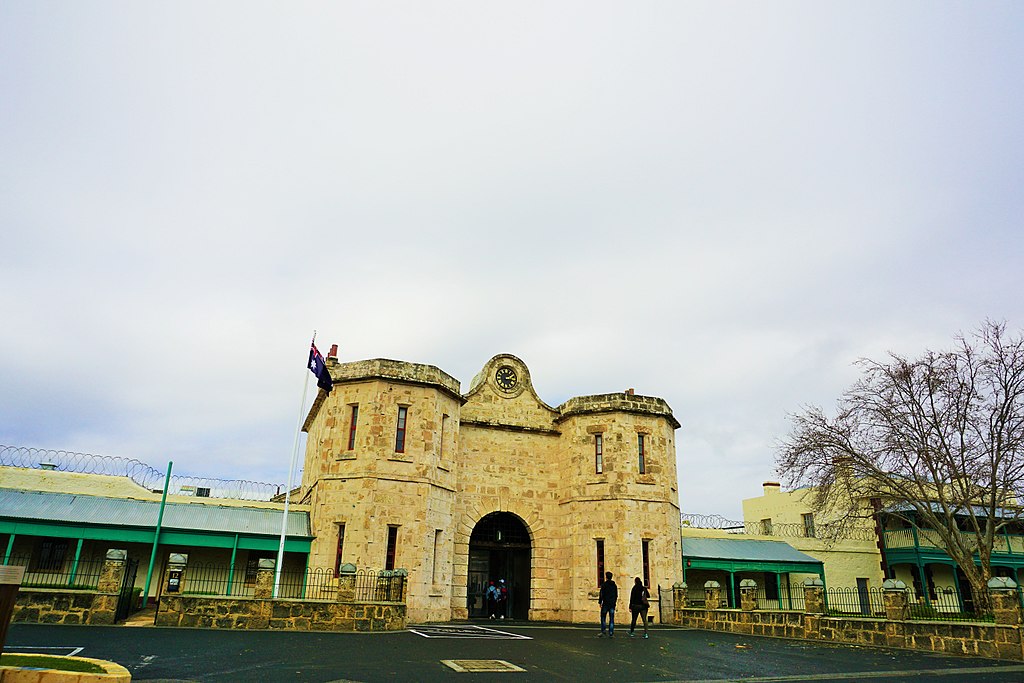 The Gatehouse was constructed in 1854 using convict labor and made of limestone. The Gatehouse has two towers either side of a narrow gate, resembling English castles or walled cities of the 1200s.

Iron scavenged from shipwrecks was used to make the gate. The clock at the top of the structure was imported from England. As the main entrance, the Gatehouse is a significant feature and landmark. 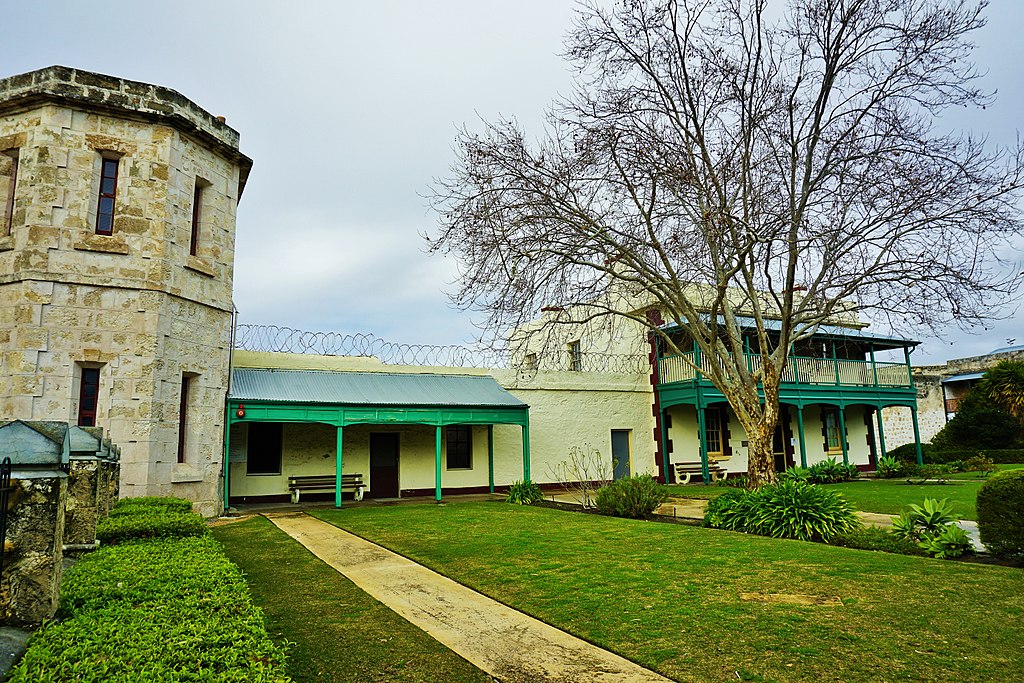 North and south of the Gatehouse, located on The Terrace, are cottages built in the Victorian style to accommodate various prison officials such as the superintendent, the chaplain, and the gatekeeper. First established in 1853, they remained in use as housing for prison officers until the 1970s. The houses featured sitting rooms, bedrooms, dressing rooms, kitchens, water closets, and sheds.

Fremantle Prison was constructed between 1851 and 1859, using convict labor, these cottages were also built by convicts, and are located outside the wall either side of the Gatehouse.

Houses on The Terrace on the left side of the Gatehouse

Residences on The Terrace, Fremantle Prison

Construction in the 1850s by convicts, the Main Cell Block of Fremantle Prison, was designed to hold up to 1000 prisoners. The central, four-story-high cell block is flanked on either end by large dormitory wards.

The central, four-story-high cell block, accommodated as many as 80 men who slept in hammocks, either as a reward for good behavior or because they would soon receive their ticket of leave. The main block also houses the gallows, solitary confinement cells, and two chapels, Anglican and Catholic.

In the flanking dormitory wards, the cramped cells measured just seven by four feet (2.1 by 1.2 m). In more recent times, the cells were enlarged by removing a dividing wall from between two cells. Electric lighting was installed in the 1920s, but there were never any toilets, buckets were used for the duration of the prison’s operation.

Historical Buildings and Exhibits of the Fremantle Prison 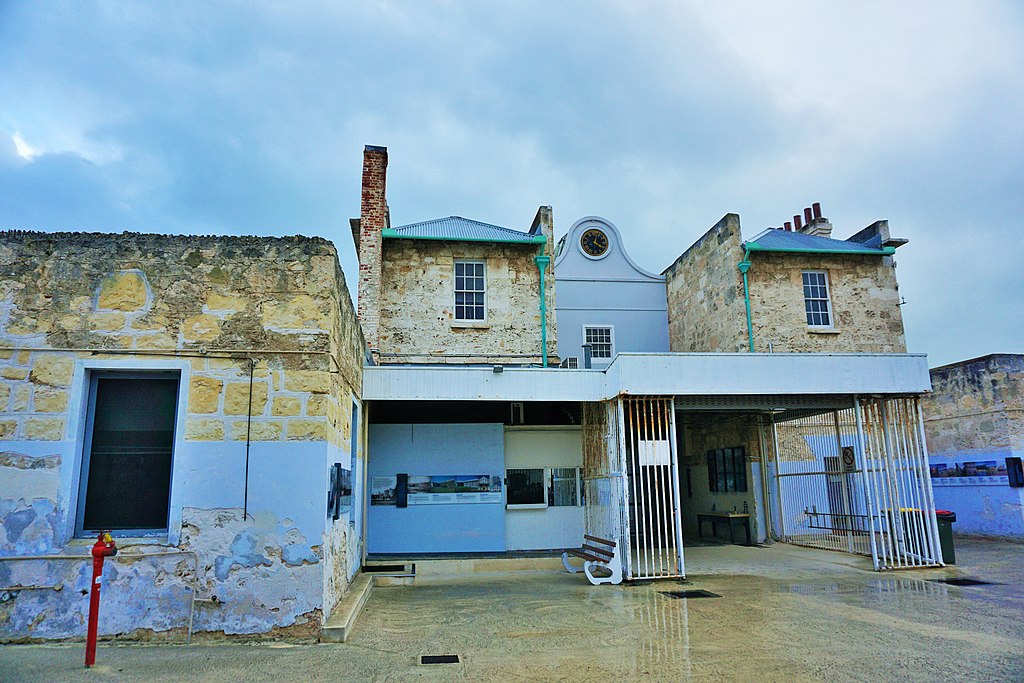 “The prisoner is not the one who has committed a crime, but the one who clings to his crime and lives it over and over.”
– Henry Miller

“You can tell a lot about a civilization by the quality of the people found in its jails.”
– David Gerrold

“One of the many lessons that one learns in prison is that things are what they are and will be what they will be.”
– Oscar Wilde

“After one has been in prison, it is the small things that one appreciates: being able to take a walk whenever one wants, going into a shop and buying a newspaper, speaking, or choosing to remain silent. The simple act of being able to control one’s person.”
– Nelson Mandela

“In prison, those things withheld from and denied to the prisoner become precisely what he wants most of all.”
– Eldridge Cleaver

“Changi became my university instead of my prison. … Among the inmates, there were experts in all walks of life — the high and the low roads. I studied and absorbed everything I could from physics to counterfeiting, but most of all, I learned the art of surviving.”
– James Clavell

“I know not whether Laws be right or whether Laws be wrong; all that we know who live in gaol is that the wall is strong; and that each day is like a year, a year whose days are long.”
– Oscar Wilde

“How did I escape? With difficulty. How did I plan this moment? With pleasure.”
–  Alexandre Dumas, The Count of Monte Cristo

“It is said that no one truly knows a nation until one has been inside its jails. A nation should not be judged by how it treats its highest citizens, but its lowest ones.”
– Nelson Mandela

“Nothing can be more abhorrent to democracy than to imprison a person or keep him in prison because he is unpopular. This is really the test of civilization.”
– Winston Churchill

A Tour of Prison and Police Museums