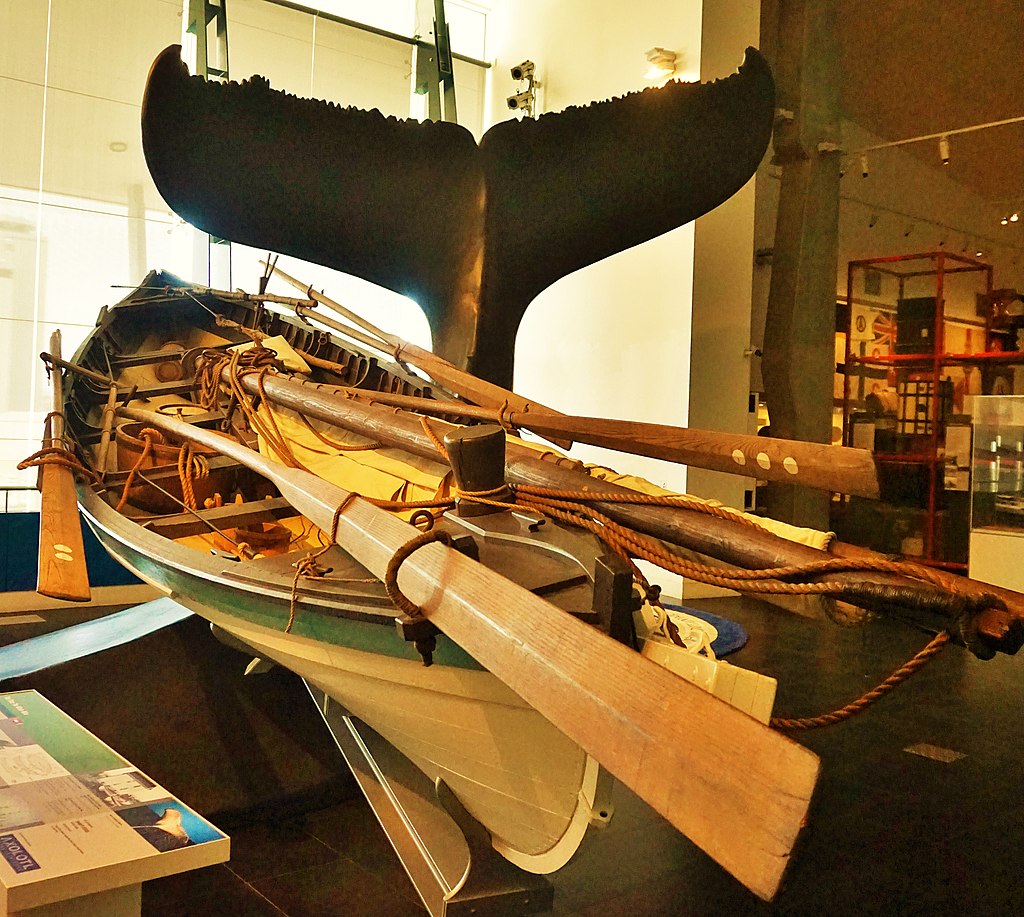 American Whaleboat ‘Beetle’ is a full-size and fully fitted replica of an original American Whaleboat known as a ‘Beetle.’ Whaleboats were designed to be strong and maneuverable enough to chase whales in the roughest of seas. They were launched from larger whaling vessels, and the crew pursued, killed and then towed whales back to the ship for processing. This whaleboat is called a ‘Beetle’ after James Beetle, the American designer who built over 1,000 whaleboats between 1834 and 1854 in New Bedford, United States.

Whaleboats carried about 400 kilograms of equipment. The careful storage of equipment was necessary for the effective operation of the whaleboat. The earliest American whaling ships visited Australian waters in 1792 laying the foundations for the Western Australian whaling industry.

Whaling is the hunting of whales for products like meat, oil, and blubber. Its earliest forms date to over 5,000 years ago when some coastal communities have long histories of subsistence whaling and harvesting of beached whales. Industrial whaling emerged with organized fleets in the 17th century. The whaling industry peaked in the 18th and 19th centuries with the introduction of factory ships. In 1986, the International Whaling Commission (IWC) banned commercial whaling because of the extreme depletion of most of the whale stocks.