Ben Lexcen designed Australia II. Featuring a reduced waterline length and a short chord winged keel, which gave the boat a significant advantage in maneuverability and lower ballast center of gravity. The winged keel was a considerable design advance, and the New York Yacht Club questioned its legality. During the summer of 1983, as selection trials took place for the Cup defense that autumn, the New York Yacht Club challenged the lawfulness of the keel design. The controversy was decided in Australia II’s favor. 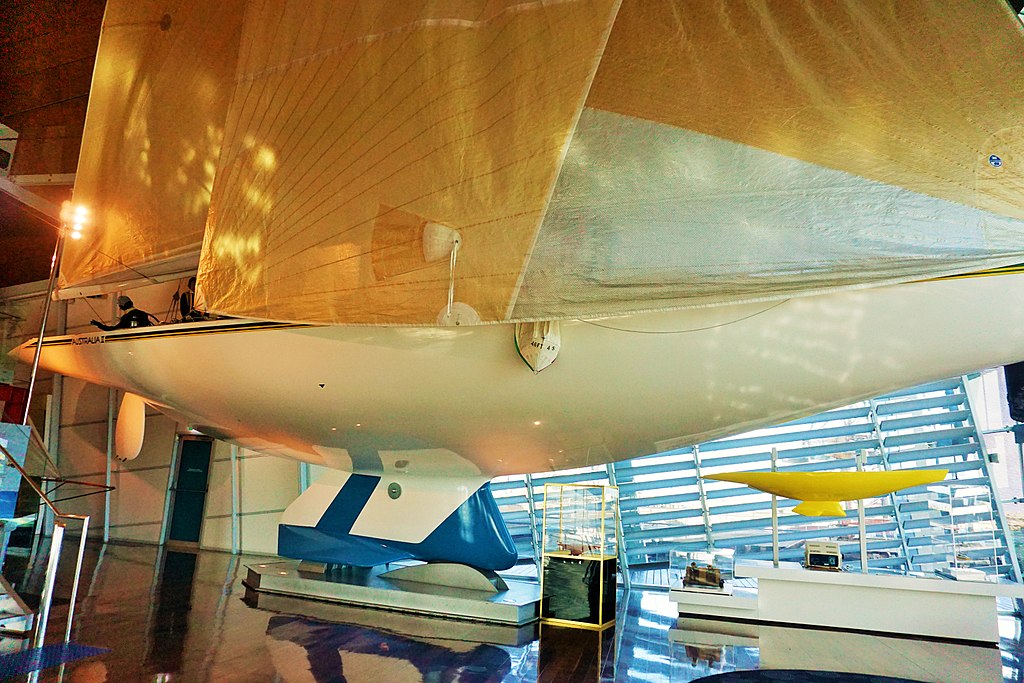 The winged keel was a significant design advance, and the New York Yacht Club challenged the legality of the keel design

The rules of America’s Cup state that the yacht is to be designed by citizens of the nation it represents. Controversy arose due to cup rules allowing designers to use model basins for testing that are not located in a challenging country. This led to suggestions that Australians did not design the vessel. It was eventually established that Lexcen had experimented with wing adaptations to the under-surface appendages of boats before, including his 1958 skiffs Taipan and Venom. In 1983 Lexcen commented on the controversy:

“I have in mind to admit it all to the New York Yacht Club that I really owe the secret of the design to a Greek guy who helped me out and was invaluable. He’s been dead for 2,000 years. Bloody Archimedes…”