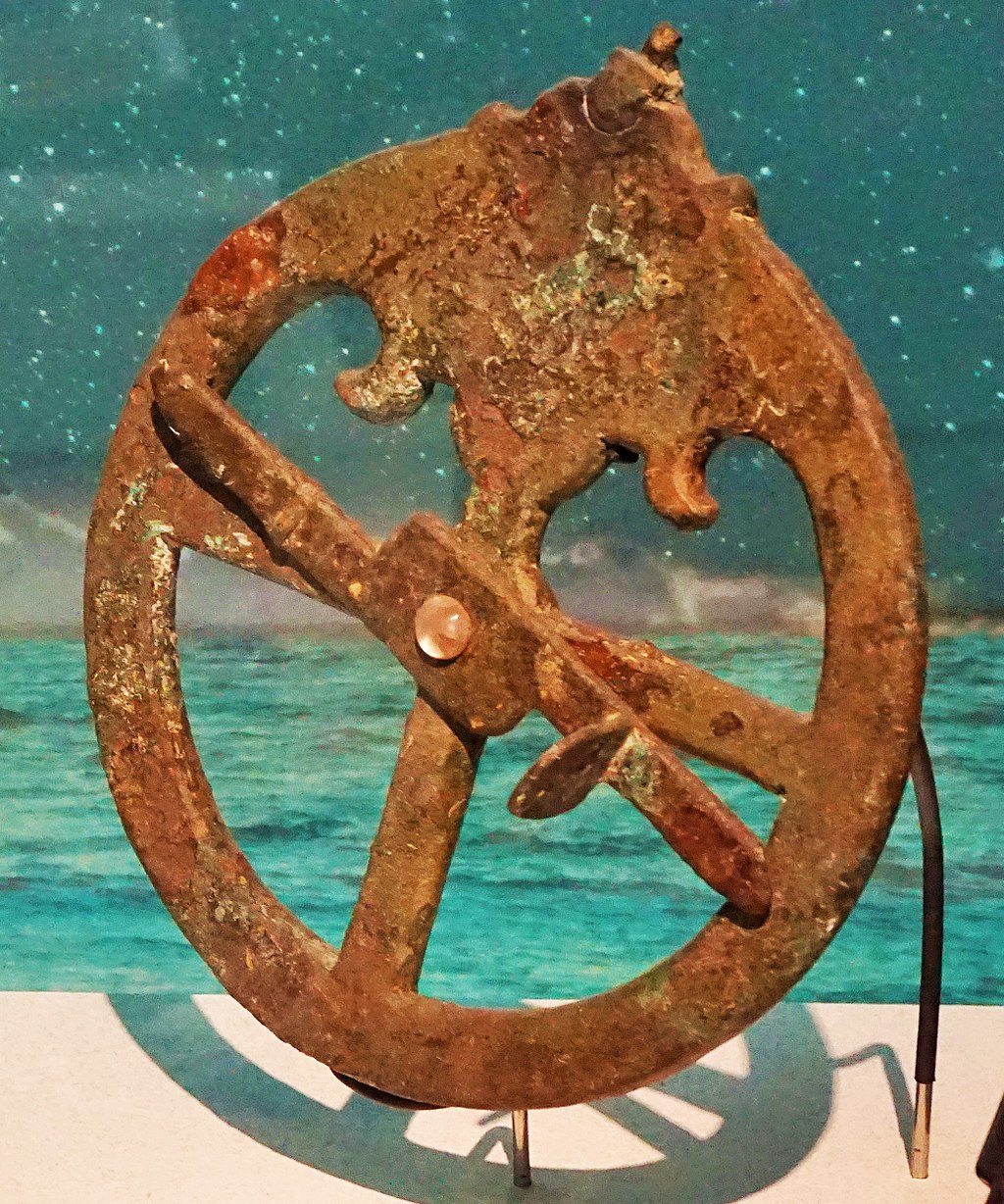 Mariner’s Astrolabe from the Vergulde Draeck

This Mariner’s Astrolabe was salvaged from the Dutch ship, Vergulde Draeck, which was wrecked off the west coast of Australia in 1659. It was adopted from the type used on land by the ancient Greeks and later the Indians, Persians, and Arabs.

The mariner’s astrolabe was used to determine the latitude of a ship at sea. It measures the sun’s noon altitude or the meridian altitude of a star of known declination.

The mariner’s astrolabe was a graduated circle with an alidade used to measure vertical angles. They are a version of the astrolabe proper and were designed to be used on ships in the rough water and heavy winds.

The sighting device was used to determine direction by aligning to point at the object, and the altitude was read off the outer degree scale.

The Vergulde Draeck was a 42-meter, 260-tonne ‘Jacht’ constructed in 1653 by the Amsterdam Chamber of the Dutch East India Company or VOC.

The earliest reference to a mariner’s astrolabes is in the 13th century, although the basic principle is the same as that of the archipendulum used in constructing the Egyptian pyramids.

The earliest modern widespread dependence and use of the mariner’s astrolabe as a tool of discovery is attributed to Portuguese navigators during the beginning of Portuguese maritime discoveries.

The Dutch East India Company, which in Dutch was “Vereenigde Oostindische Compagnie,” had the logo of “VOC.”

The VOC an early corporation founded by a government-directed amalgamation of several rival Dutch trading companies in the early 17th century.

It was established in 1602, as a chartered company to trade with Mughal India. About 50% of textiles and 80% of silks were imported, chiefly from its most developed region known as Bengal Subah.

Also, the VOC traded with Southeast Asian countries when the Dutch government granted it a 21-year monopoly on the Dutch spice trade.

The VOC diversified into multiple commercial and industrial activities such as international trade, shipbuilding, and both production and trade of East Indian spices, Indonesian coffee, Formosan sugarcane, and South African wine.

In the early 1600s, it issued bonds and shares of stock to the general public, making the VOC the world’s first listed public company.

In 1656, the Vergulde Draeck set sail from the Cape of Good Hope, South Africa, for the VOC’s trading headquarters at Batavia, current-day Jakarta, Indonesia.

Onboard were 193 crew, eight boxes of silver coins, and trade goods.

On the night in 1656, the Vergulde Draeck struck a submerged coral reef off the Western Australian coast.

Of the 193 crew, 118 perished. The initial 75 survivors made it to shore. Six crew members were dispatched to Batavia to summon help.

After an arduous journey, they arrived at Batavia and raised the alarm. The search for the survivors of the Vergulde Draeck and cargo began.

Several rescue attempts were conducted by the VOC, but no sign of the survivors or wreckage was found.

Mariner’s Astrolabe from the Vergulde Draeck

The 1656 Dutch VOC Shipwreck of the Vergulde Draeck (Gilt Dragon)