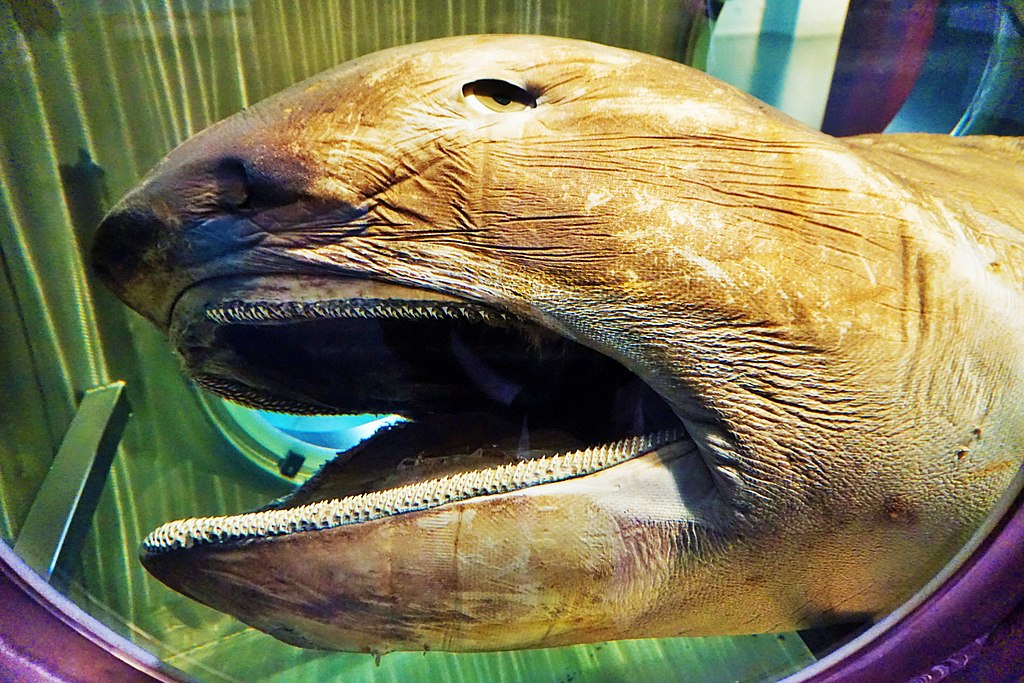 The Megamouth Shark is a species of deepwater shark first discovery in 1976. It is rarely seen by humans and is the smallest filter-feeding sharks along with the whale shark and basking shark. The first megamouth was captured in 1976 about 25 miles off the coast of Hawaii when it became entangled in the sea anchor of United States Navy ship.

It swims with its enormous mouth wide open, filtering water for plankton and jellyfish. It is distinctive for its large head with rubbery lips. It is so unlike any other type of shark that it is usually considered to be the sole surviving species in its distinct family. Megamouth sharks have soft bodies, flabby muscles, and poorly calcified skeletons. These features help megamouth sharks to swim very slowly without sinking.

This specimen of a rare Megamouth Shark caused a sensation when it washed up dead on a Mandurah beach in Perth, Australia in 1988. It was only the third known specimen to be recorded worldwide and the first from the Indian Ocean. The specimen was carefully stored a deep freezer before it was preserved in this purpose-built tank.