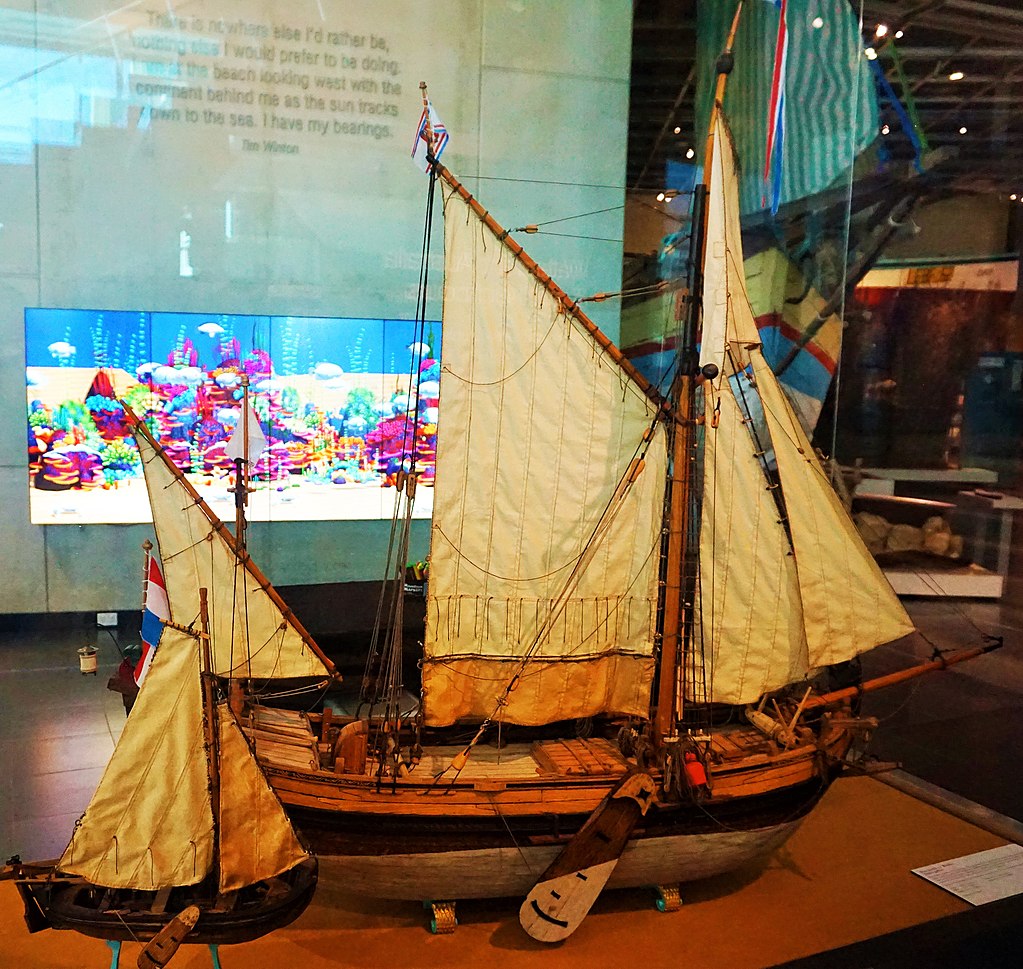 This ship model is of the Dutch Galliot ‘t Weseltje. The original was built by the Dutch East India Company (VOC) and was part of Willem de Vlamingh’s expedition to explore and survey the dangerous coasts of Western Australia in 1696.

The ‘t Weseltje was the smallest ship in the fleet with a shallow draft which would prove very useful for exploring close to the coast and was one of the first European ships to explore the Swan River and at Shark Bay. During this historic voyage, de Vlamingh recovered Hartog’s plate and left one of his own for posterity, which is known as the de Vlamingh Plate. 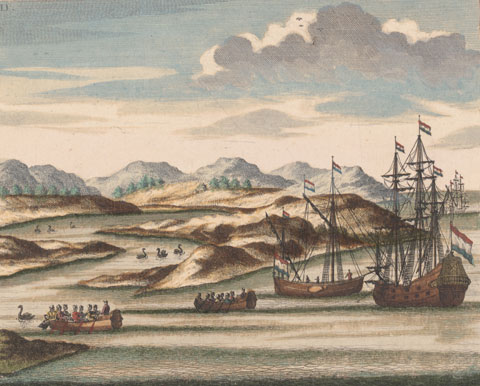 Black swans at the entrance to the Swan River with the ’t Weseltje and Geelvinck at anchor ( 1696 original).

The black swan theory is a metaphor that describes an event that comes as a surprise and is often inappropriately rationalized after the fact with the benefit of hindsight. The term is based on an ancient saying which presumed black swans did not exist, but the saying was rewritten after black swans were discovered in the wild. The ’t Weseltje would have been the first European ship to have sighted a black swan.