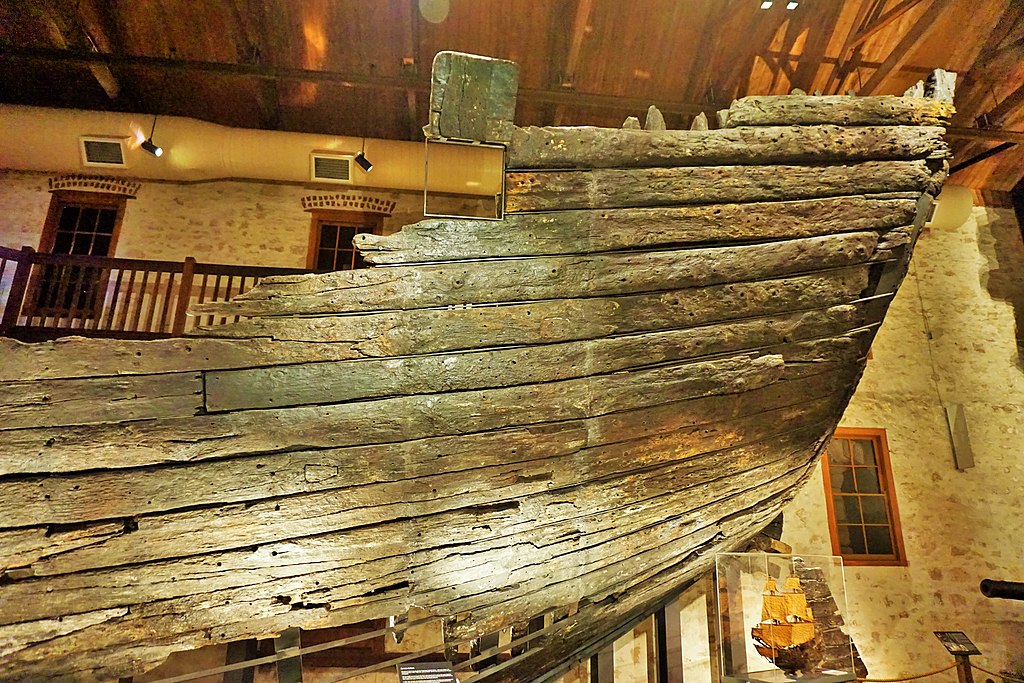 The “Batavia Timbers” are original timbers from the ship Batavia of the Dutch East India Company. The Batavia was built in Amsterdam in 1628 and shipwrecked, on her maiden voyage, off the Western Australian coast.

The story of the Batavia was made famous by the subsequent mutiny and massacre of nearly 100 people that took place among the survivors.

In 1629 the Batavia struck a reef near Beacon Island, off the Western Australian coast. Of the 322 aboard, most of the passengers and crew managed to get ashore on the island, although 40 people drowned, the survivors included women and children.

The wreck site lacked water and food, so a small group led by the Captain left the wreck site in a longboat in search of drinking water.

After an unsuccessful search for water, they abandoned the survivors and headed north on a hazardous voyage to the city of Batavia, now known as Jakarta.

After their arrival to the town of Batavia, the Governor-General sent a rescue for the other survivors.

When the rescue ship arrived at the wreck site, they discover that a bloody mutiny had taken place among the survivors, resulting in the death of nearly a hundred shipwrecked survivors.

From the 1647 Dutch book “Unlucky voyage of the ship Batavia.”

The survivors had faced two months of cruel butchery and savagery. The historical records show that:

“… a dedicated band of murderous men,
… began to systematically kill anyone they believed would be a problem to their reign of terror,
or a burden on their limited resources.
The mutineers became intoxicated with killing, and no one could stop them.
They needed only the smallest of excuses to drown, bash, strangle, or stab to death any of their victims,
including women and children.”

From 1970 to 1974, maritime archaeologists salvaged some of the cannon from the Batavia wreck, an anchor, and many artifacts were recovered, including timbers from the port side of the ship’s stern.

These were then conserved with the monitoring and treatment of the timbers ongoing.

Internal view of the Batavia shipwreck stern timbers as displayed

In 1972, the Netherlands transferred all rights to Dutch shipwrecks on the Australian coasts to Australia. Some of the items, including human remains, which were excavated, are now on display.

While plenty of materials have been recovered from the wreck site, the majority of the cannons and anchors have been left in-situ. As a result, the wreck remains one of the premier dive sites on the West Australian coast.

Batavia Timbers from the Ship Batavia

Mysteries of the Batavia

The Wreck Of The Batavia

The Wrecks Off Western Australia

“Art is like a shipwreck; it’s every man for himself.”
– Marcel Duchamp

Photo Credit: GM 2) By The overall work is generally attributed either to Francisco Pelsaert or Jan Jansz, but authorship of the plates therein is unknown. [Public domain], via Wikimedia Commons