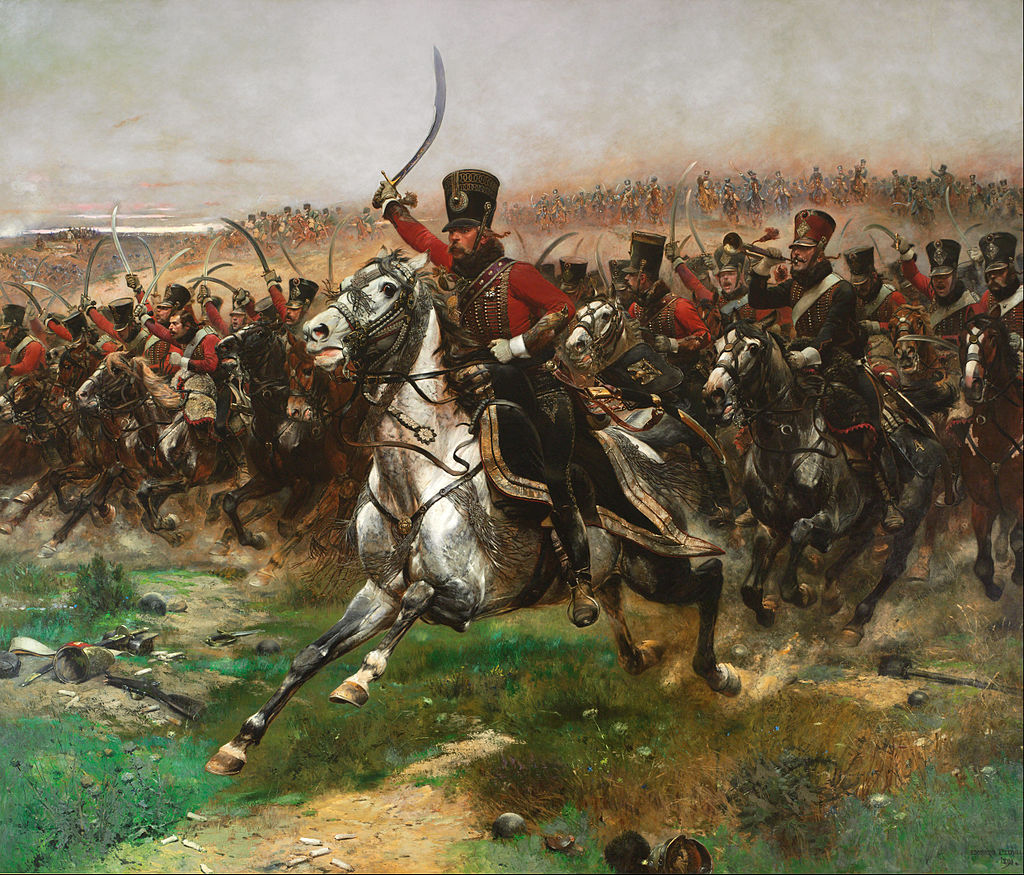 In the “Battle of Friedland,” which took place in 1807, the French army under the command of Napoleon won decisively against a Russian army.

The 4th Hussar Regiment (4e régiment de hussars) is a Hussar regiment in the French Army, created in 1783 and still in existence. The Hussars played an essential role as cavalry in the Napoleonic Wars (1803–1815).

The French hussar of the Napoleonic period was armed with a brass-hilted saber, a carbine, and sometimes with a brace of pistols.

A hussar was a member of a class of light cavalry, originating in Central Europe during the 15th and 16th centuries.

The title and distinctive dress of these horsemen were subsequently widely adopted by light cavalry regiments in European armies in the late 17th and early 18th centuries.

Historically, the term derives from the cavalry of late medieval Hungary, with mainly Serb warriors.

Most of the great European powers introduced hussar regiments, and as light cavalrymen, they fought skirmish battles. The armies of France, Austria, Prussia, England, and Russia had included hussar regiments since the mid-18th century.

As light cavalrymen mounted on fast horses, they would be used to fight skirmish battles and for scouting. In Britain, four light dragoon regiments were converted to hussars in 1806–1807.

The uniform of the Napoleonic hussars included a short fur-edged jacket which was often worn slung over one shoulder in the style of a cape and was fastened with a cord.

This garment was extensively adorned with braiding and several rows of buttons. The tunic, which was also decorated in a braid, was worn under it.

The hussar’s accouterments included a Hungarian-style saddle covered by a decorated saddlecloth with long, pointed corners surmounted by a sheepskin.

Jean-Baptiste Édouard Detaille (1848 – 1912) was a French academic painter, and military artist noted for his precision and realistic detail. He was regarded as the semi-official artist of the French army.

In 1912, Detaille created new uniforms for the French army. They were never adopted, but the blue-grey greatcoats influenced later French World War I uniforms.

During his life, he had amassed an impressive collection of military uniforms and artifacts and bequeathed to the Musée de l’Armée in Paris following his death.

Cavalry of the Napoleonic Era: Cuirassiers, Dragoons, Hussars, and Lancers

A Tour of the Museums in Sydney, Australia

“You must not fight too often with one enemy, or you will teach him all your art of war.”
– Napoleon Bonaparte