Australian Aboriginal Shields were made from bark or wood. Indigenous Australians made these wooden shields from south-eastern Australia.  Some of the shields have carved markings and are painted with a red, orange, white, and black design using natural pigments.

For most of these Australian Aboriginal shields, the makers are unknown, and the dates range from the 19th and the 20th centuries. Unfortunately, much of their ownership, history, and iconography have been lost.

The Aboriginal and Torres Strait Islander people existed in Australia and surrounding islands before European colonization going back to time dated between 61,000 and 125,000 years ago. The trauma of loss that followed the establishment of a British colony in Australia had an enormously adverse effect on the indigenous Aboriginal People. The widespread damage to language, culture, and tradition changed aboriginal life and their art culture.

Above is an Australian bark shield from Botany Bay, New South Wales, Australia. This bark shield has been identified as having been collected in 1770 on Captain Cook’s First Voyage in HMS Endeavour (1768-71). This shield is at the British Museum. The hole in the center may have come from a musket bullet, fired by the British sailors against the aborigines, who then dropped this shield. 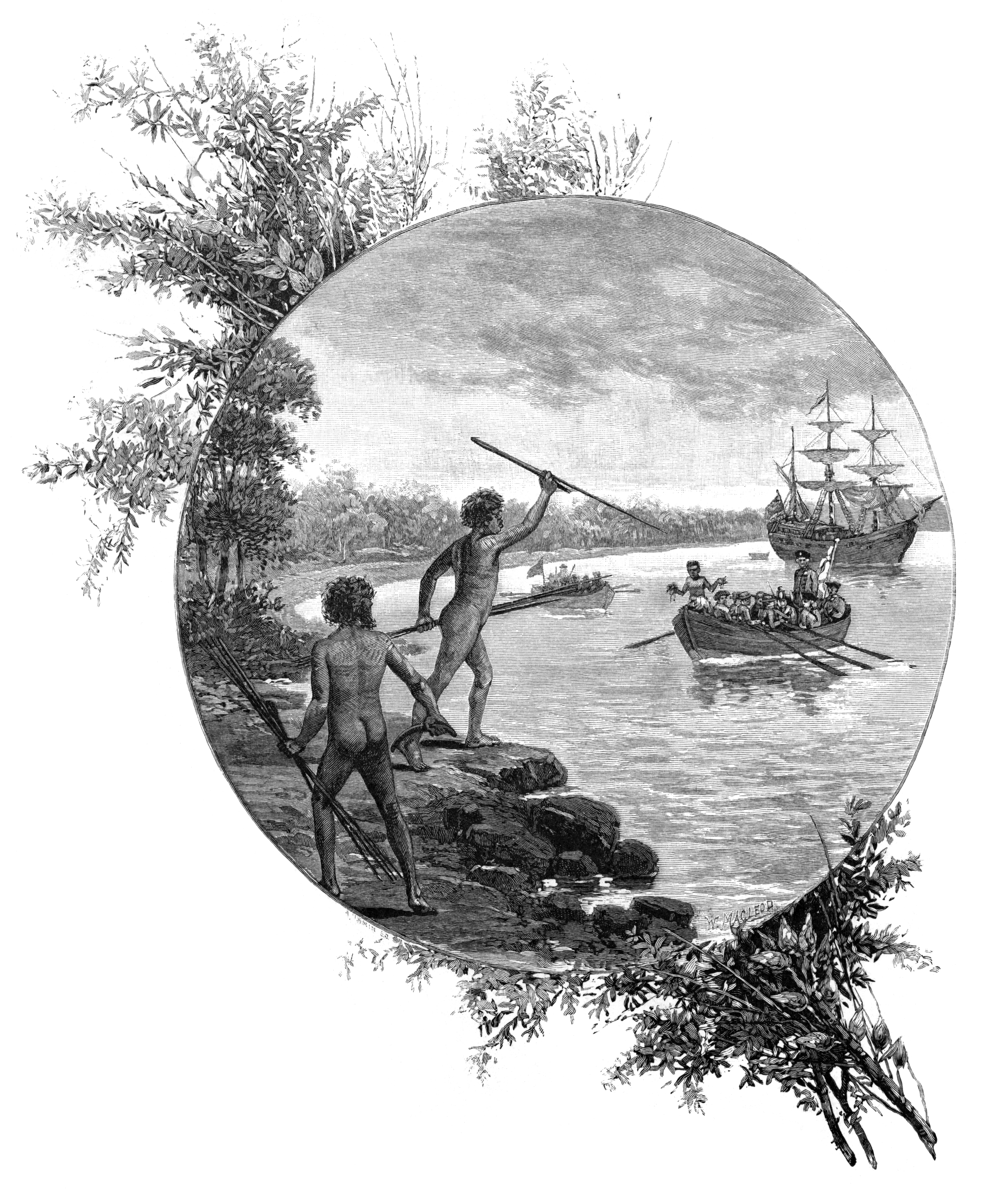 Some of these shields would have been used during a culturally significant occasion such as in corroborees, an Australian Aboriginal dance ceremony which may take the form of a sacred ritual or an informal gathering. These shields were often used in dances at ceremonies or traded as valuable cultural objects.

Below is a welcoming dance, “Entrance of the Strangers,” Alice Springs, Central Australia, 9 May 1901. 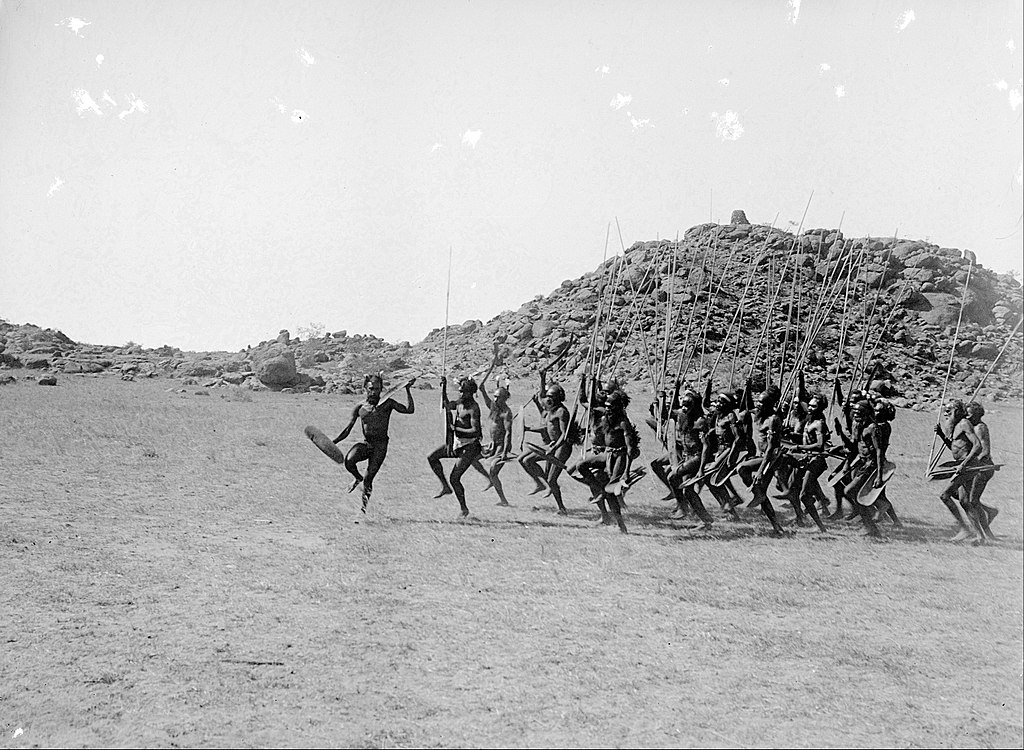 These shields were viewed as having innate power. A shield that had “won many fights” was prized as an object of trade or honor.

“We are all visitors to this time, this place.
We are just passing through.
Our purpose here is to observe, to learn, to grow, to love… and then we return home.”
– Australian Aboriginal saying