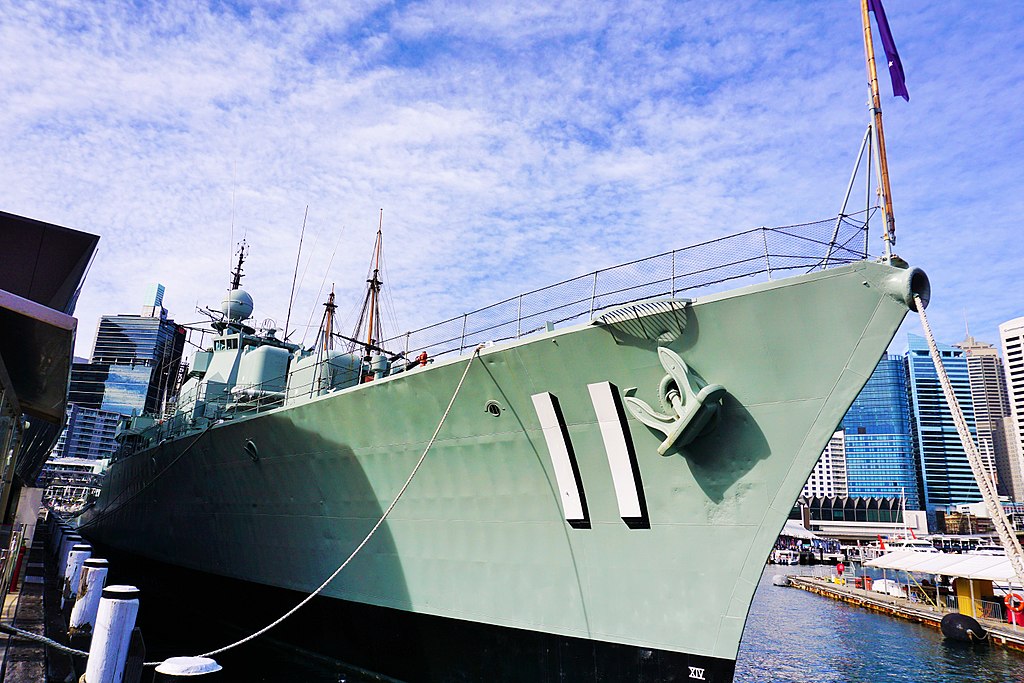 HMAS Vampire (D11) was one of the first all-welded ships built in Australia, she was constructed at Cockatoo Island Dockyard between 1952 and 1959. HMAS Vampire was regularly deployed to Southeast Asia during her service.

HMAS Vampire was attached to the Far East Strategic Reserve on five occasions, including during the Indonesia-Malaysia Confrontation, and escorted the troop transport HMAS Sydney on six of the latter’s twenty-five transport voyages to Vietnam. Vampire remained in service until 1986, when she was decommissioned and presented to the Australian National Maritime Museum for preservation as a museum ship.

“Set your course by the stars, not by the lights of every passing ship.”
– Omar N. Bradley