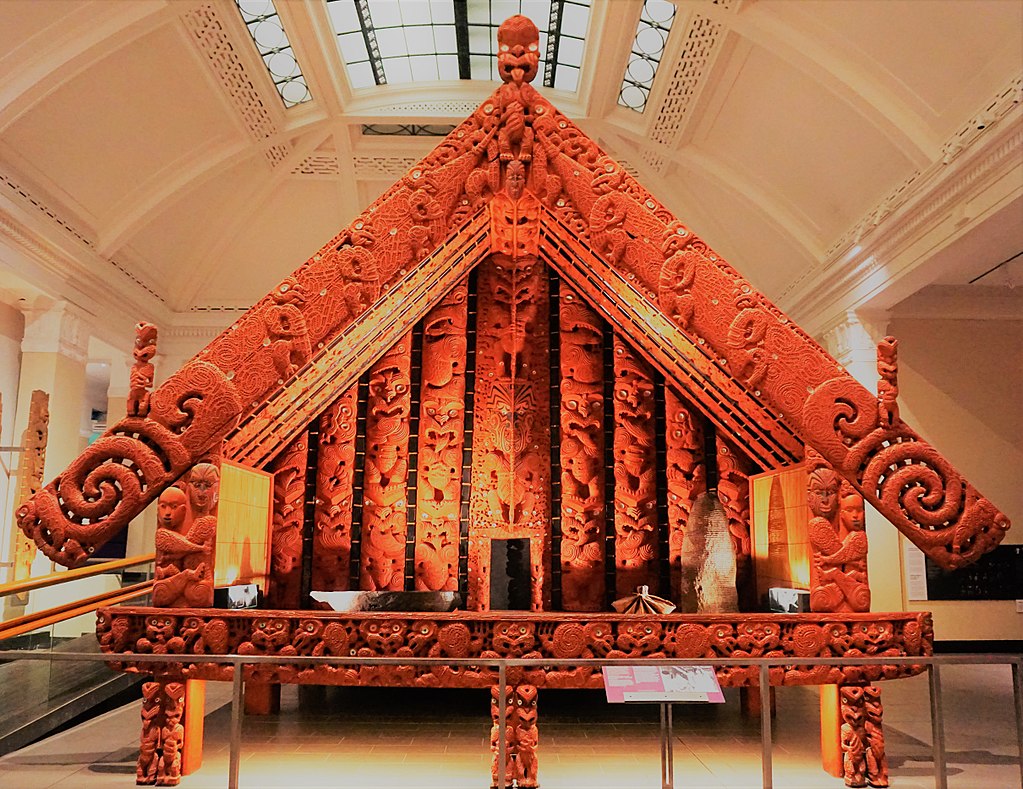 New Zealand is an island nation in the Pacific Ocean. The country comprises two main islands, the North Island and the South Island, plus another 600 smaller islands.

New Zealand is east of Australia across the Tasman Sea. Because of its remoteness, it was one of the last lands to be settled by humans.

During its long period of isolation, New Zealand developed a distinctive biodiversity of animal, fungal, and plant life.

Virtual Tour of the Museums in New Zealand

Highlights Tour of the Museums in New Zealand

Auckland is the largest city in New Zealand and is located on the North Island. It is a diverse and multicultural city and is home to the largest Polynesian population in the world.

The Māori language name for Auckland is Tāmaki-makau-rau, meaning “Tāmaki with a hundred lovers,” which refers to its desirable location in fertile lands and waters.

Exhibits start from the earliest Polynesian explorers and settlers to the modern-day triumphs at America’s Cup.

Its Maori name is ‘Te Huiteanaui-A-Tangaroa,’ which means the holder of the treasures of Tangaroa, the Sea God.

The Auckland Art Gallery Toi o Tāmaki is the leading public gallery in Auckland, New Zealand, and has the most extensive collection of national and international art in New Zealand.

Wellington is New Zealand’s capital city located at the south-western tip of the North Island. It is the world’s windiest city and the world’s southernmost capital of a sovereign state.

The city is situated near the geographic center of the country. In 1839, it was chosen as the first major planned settlement for British immigrants coming to New Zealand.

The settlement was named in honor of Arthur Wellesley, the first Duke of Wellington and victor of the Battle of Waterloo.

“Te Papa Tongarewa,” the full Maori language name of the museum, translates to “the place of treasures of this land.”

Christchurch is the largest city on the South Island of New Zealand and was first settled by Māori about 1250.

With European settlement, it became a city by the Royal Charter in 1856, making it the oldest established city in New Zealand.

The new settlement was laid out in a grid pattern centered on Cathedral Square.

The city suffered a series of earthquakes between 2010 and 2012, during which hundreds of buildings across the city collapsed or suffered severe damage.

Since then, 1,500 buildings in the city had been demolished, leading to an ongoing recovery and rebuilding project.

The Canterbury Museum is located in Christchurch, New Zealand, in the city’s Cultural Precinct.

The museum has an extensive collection of historical, cultural, and natural specimen objects.

It also has the world’s most comprehensive collection of Antarctic items from the heroic age of exploration and discovery.

“An active person will remain healthy, while a lazy one will become sick.”
– Māori Proverb