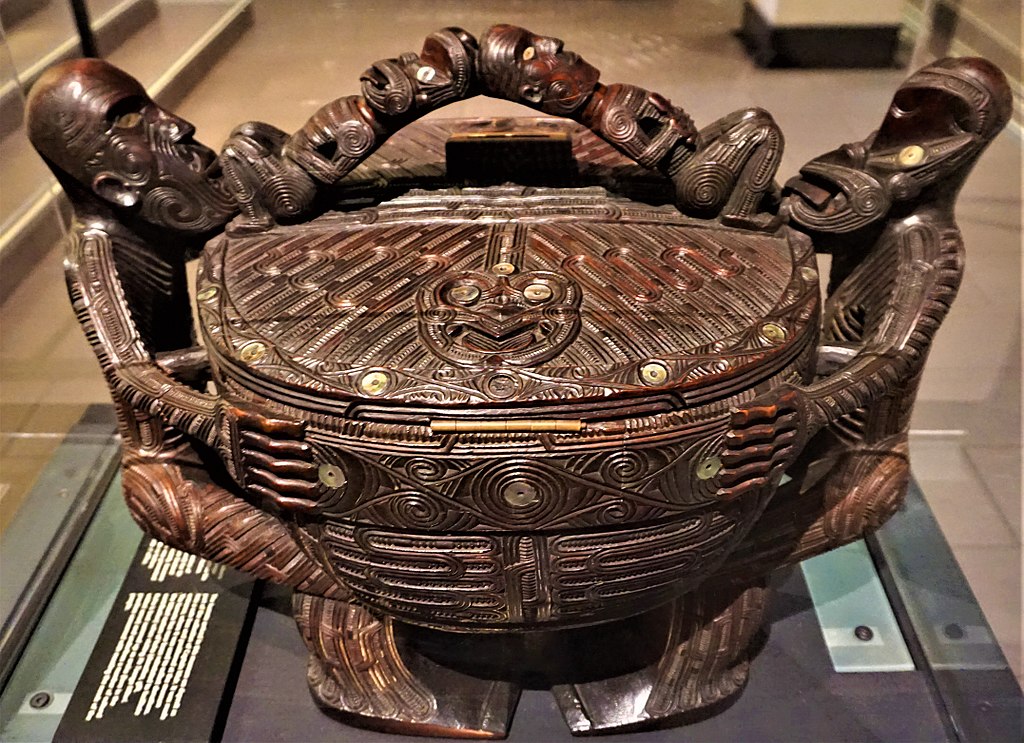 Two squatting figures support this Kumete with a carved lidded presentation bowl. One naturalistic and one ‘wheku’ a Maori term meaning ‘carved face,’ depicting the face of an ancestor.

On the lid are two figures, reclining so that the heads touch. To either side of these is a low-relief koruru or ancestor head.

The entire kumete has been carved with rauponga designs. Paua shell insets have been used in the eyes and around the lid and bowl.

The kumete has been signed, “NA PATOROMU” on the neck of the naturalistic figure, the name of the carver Patoromu Tamatea. Patoromu Tamatea lived in the Rotorua area. This is one of three bowls by Patoromu carved between 1865 and 1885.

A metal hinge and lock were attached to the kumete. It was transformed into a coin box and was initially positioned at the museum entrance for the collection of donations.

Māori master carver teaching the next generation of artists