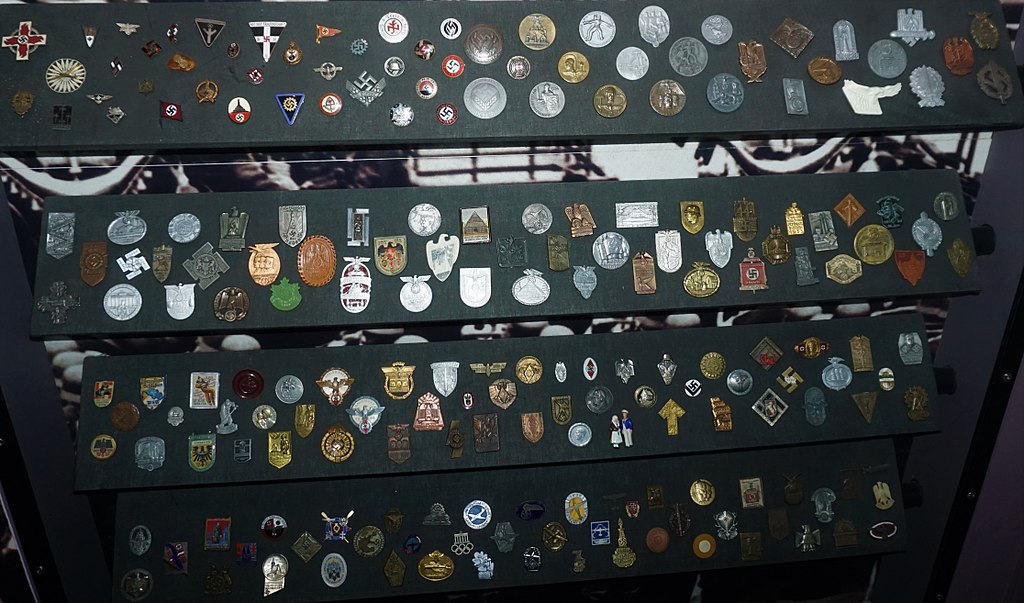 These Nazi Germany Badges are a selection of the many thousands of propaganda and fund-raising badges sold in Hitler’s Germany between 1933 and 1945. The National Socialist German Workers’ Party, referred to as the Nazi Party, was a far-right political party in Germany that was active between 1920 and 1945 and practiced the ideology of Nazism. These badges were used to raise funds for the Nazi Party.

The Nazi party’s leader from 1921, was Adolf Hitler, and he was appointed Chancellor of Germany in 1933. Hitler rapidly established a totalitarian regime known as the Third Reich, which eventually started World War II. These badges were also used for propaganda purposes by Hitler’s regime.

Following the defeat of the Third Reich in Europe, the party was “declared to be illegal” by the Allied powers, who carried out denazification processes after the war.