This Haast’s Eagle (Harpagornis moorei) skull is of an extinct species of eagle that once lived in the South Island of New Zealand. It is thought to be the Pouakai of Maori legend. In Māori mythology, the pouakai or poukai is a sizeable monstrous bird. In these legends, pouakai kill and eat humans. The myth is now thought to refer to the real but now extinct Haast’s eagle.

This Haast’s Eagle was the largest eagle known to have existed and which could kill humans. Its massive size is explained as an evolutionary response to the size of its prey, the giant flightless Moa. 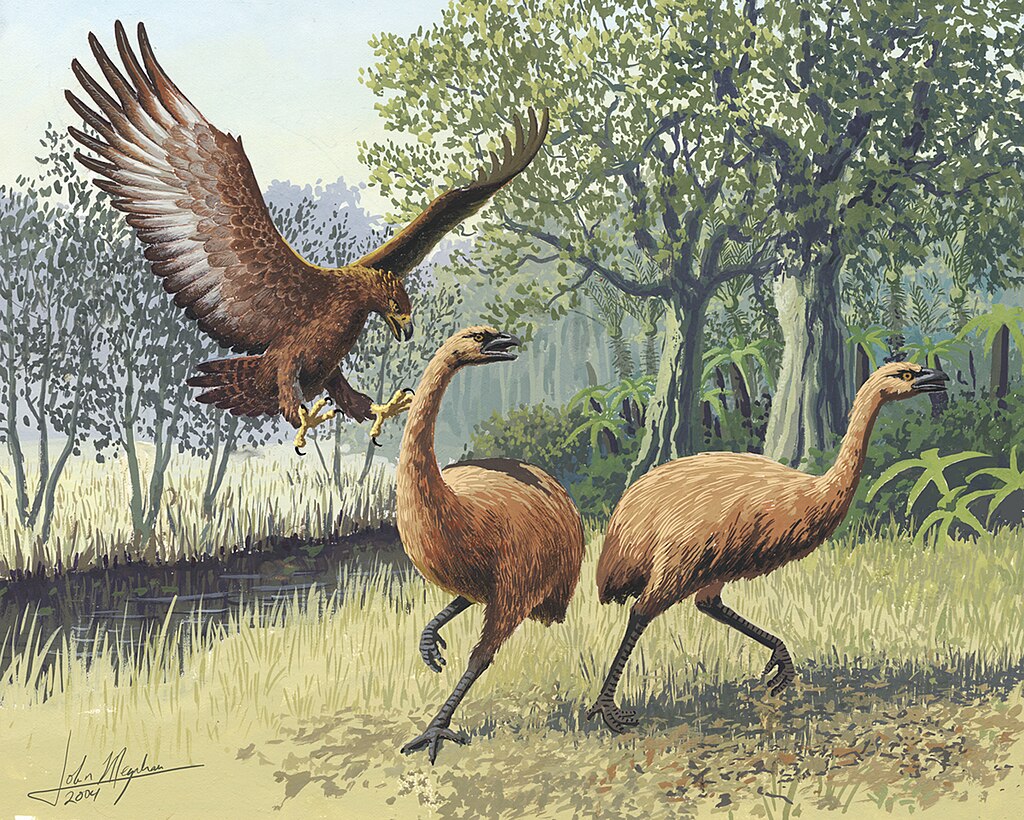 Haast’s eagle became extinct around 1400 after the Moa were hunted to extinction by the first Māori. This probably took place around one hundred years after the arrival of the Māori, and the Moa become extinct due to overhunting by the Māori, and loss of natural habitat.