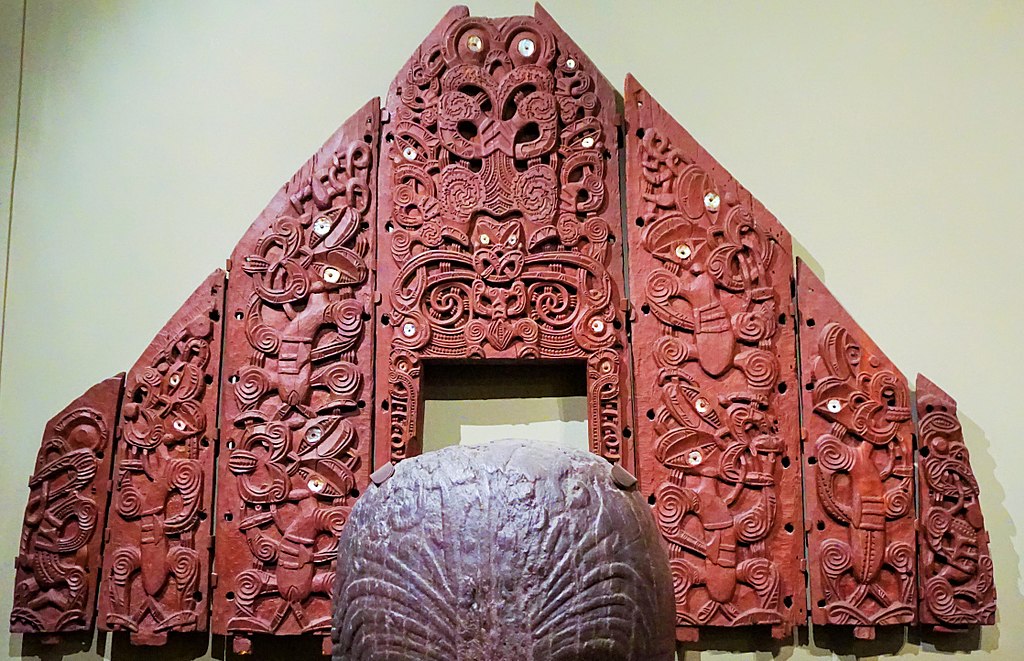 These panels originated from the front of a carved Maori Pātaka or storehouse. Pātaka storehouses were used to keep preserved food such as fish, birds, Kao, or seed safe from kiore or Pacific rats in winter. Pātaka were entered through a trapdoor in the floor, the small opening at the front was a window.

Note the lashing holes and the pegs which were fitted into slots in the base of the structure. These panels originated with the Te Arawa tribe, Rotoiti, North Island. Below is a picture of a full Pātaka.