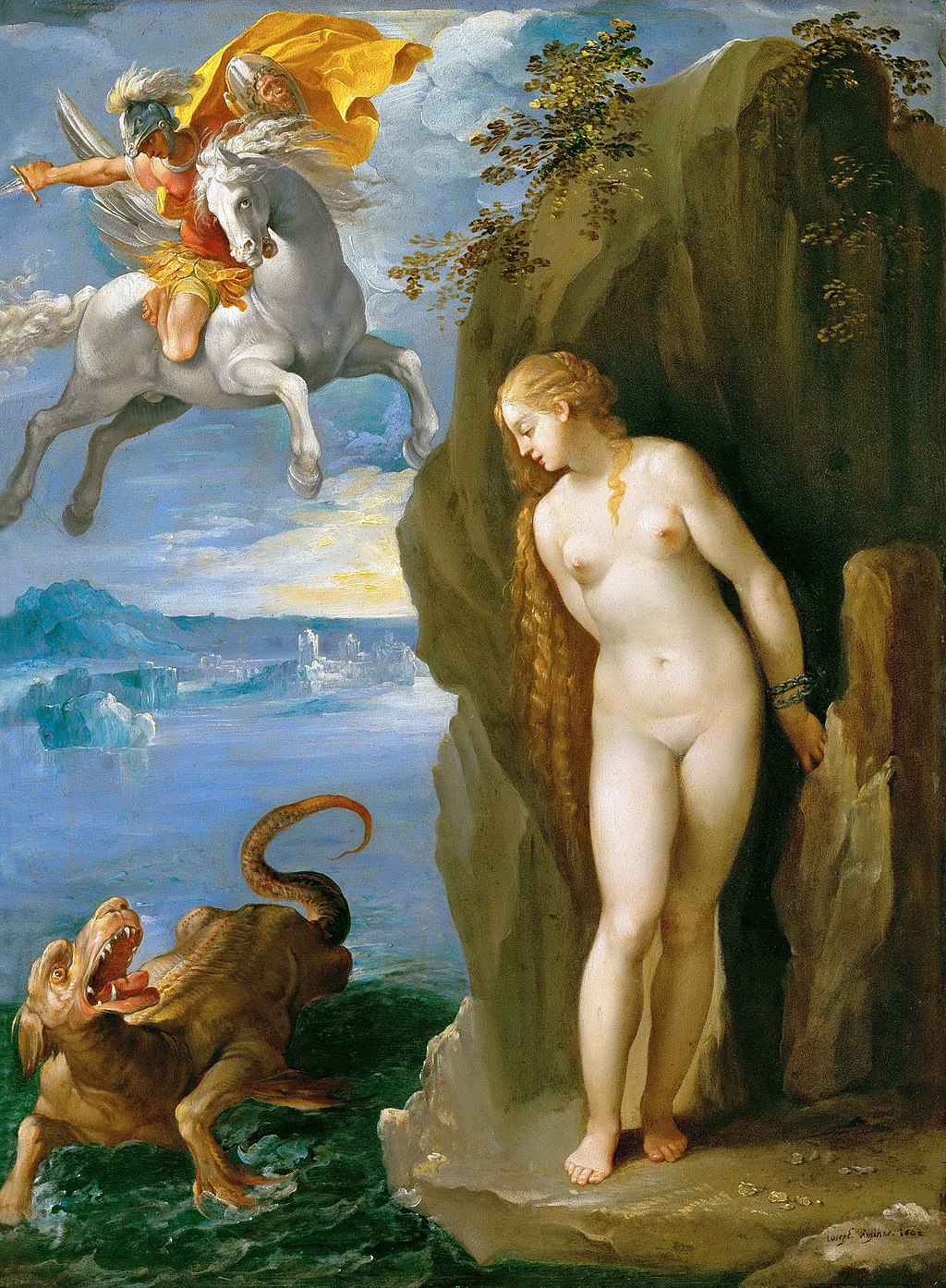 “Perseus and Andromeda” by Giuseppe Cesari

“Perseus and Andromeda” by Giuseppe Cesari dramatically portray the Greek mythological story of Andromeda. Perseus is depicted flying above on his winged horse Pegasus.

Perseus is in the process of attacking the sea monster with a sword, who turns to attack the hero. Andromeda’s white body is contrasted against the darker cliff and is depicted as pure innocence.

Pegasus and Perseus are highlighted with the hero’s vivid yellow cape.

In Greek mythology, Andromeda was the daughter of the Ethiopian King Cepheus and Queen Cassiopeia.

The beautiful but the vain queen, Cassiopeia’s hubris led her to boast that Andromeda is more beautiful than the sea nymphs, who were the daughters of Poseidon, the god of the sea.

When the nymphs heard of her claims, they protested to their father, who retaliated by calling up a sea monster called Cetus to wreak havoc on Ethiopia, placing the kingdom at risk.

In response, the Queen, together with the King, decided to sacrifice her daughter, Princess Andromeda, to the monster.

Andromeda was chained to a rock as an offering to the monster. Fortunately, Perseus was traveling home on his winged horse, Pegasus, after battling with Medusa. He rescued Andromeda by killing the beast.

The couple fell in love, but the Princess was already betrothed to Phineus. Perseus argued with Phineus at the wedding, but the fight was drawn to a conclusion when Phineus was turned to stone after Perseus brandished the head of Medusa.

Giuseppe Cesari was a Mannerist painter who was patronized in Rome by both Pope Clement VIII and Pope Sixtus V. He was the head of the studio in which Caravaggio trained upon the younger painter’s arrival in Rome.

A Tour of the Kunsthistorisches Museum

The Story of Perseus – Greek Mythology