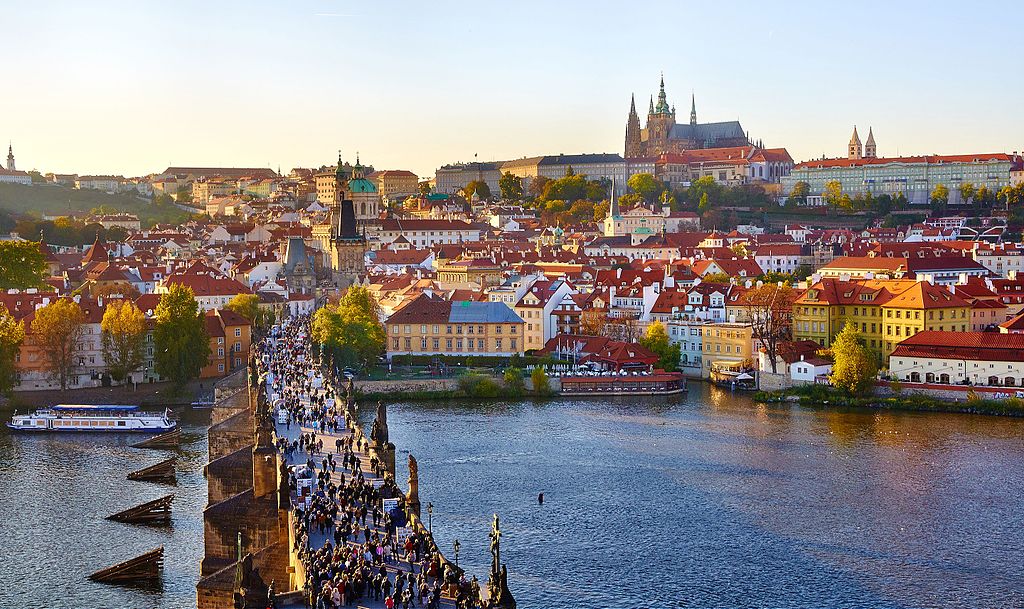 Czech in Central Europe includes the historical territories of Bohemia, Moravia, and Czech Silesia. The Czech state was formed in the late 9th century as the Duchy of Bohemia.

Following a long and glorious history, the kingdom faced economic embargoes and crusades proclaimed by the leaders of the Roman Catholic Church during the Hussite wars of the 15th century.

Following the Battle of Mohács in 1526, the whole Crown of Bohemia was gradually integrated into the Habsburg Monarchy alongside the Archduchy of Austria and the Kingdom of Hungary.

Eventually, the Habsburgs consolidated their rule, eradicated Protestantism, and reimposed Roman Catholicism. With the dissolution of the Holy Roman Empire, the Bohemian Kingdom became part of the Austrian Empire.

The Republic of Czechoslovakia was formed in 1918 following the collapse of the Austro-Hungarian Empire after World War I.

In 1993, Czechoslovakia dissolved, with its constituent states becoming the independent states of the Czech Republic and Slovakia.

Today, Czech is a highly developed country with a rich cultural heritage and with many world-class museums.

Virtual Tour of the Museums in Czech

Highlights Tour of the Museums in Czech

Prague is the capital and largest city in the Czech Republic and the historical capital of Bohemia.

Situated on the Vltava river, Prague has been a political, cultural, and economic center of central Europe, founded during the Romanesque and flourishing during the Gothic, Renaissance, and Baroque eras.

Prague was the capital of the kingdom of Bohemia and the principal residence of several Holy Roman Emperors.

It was a famous city during the Austro-Hungarian Empire, and in 20th-century, it was the capital of Czechoslovakia.

Today as the capital of Czech, Prague is home to many famous cultural attractions and many major museums

The National Gallery in Prague houses the most extensive collection of art in the Czech Republic.

The collections are presented in several locations and historic buildings within and outside the city of Prague.

The National Museum is a Czech museum exhibiting natural scientific and historical collections.

The museum did not acquire its historical collection until the 1830s when Romanticism arose. The institution of the museum was increasingly seen as a center for Czech nationalism.

Nearly a century later that the National Museum’s historical treasures equaled its collection in natural science.

The City of Prague Museum covers the cultural history of Prague. The museum’s collection covers the history of the city from Early Prehistoric, through to the turn of the Modern Era.

The museum’s exhibitions provide insights into the evolution and development of the city.

The museum also manages several historical buildings of historic interest which each holds both permanent and temporary exhibitions. Its cultural monuments include parts of the Stodůlky quarter of Prague.

The Museum was founded in 1906 to document the history and customs of the Jewish people of the Czech lands. It also aimed to preserve artifacts from Prague synagogues.

When the Nazis took over Prague, the Museum became the Central Bureau for Jewish Emigration. The Jewish community stored the Museum’s collection so that it could be preserved. Around 80 000 Czech and Moravian Jews fell victim to the Second World War.

The Museum re-established its activity in 1945, and many priceless documents from the Ghetto Theresienstadt were rescued for the Museum.

In 1994, in the wake of the 1989 Velvet Revolution, the buildings used by the Museum, as well as the Old Jewish Cemetery, were returned to the Jewish Community of Prague, and the Museum’s collections were eventually restituted to a re-established Jewish Museum in Prague.

The Museum of Communism in the Czech Republic is a museum dedicated to presenting an account of the post–World War II Communist regime in Czechoslovakia and Prague.

The Museum is designed as a three-act tragedy in displays of :

“Anger is the only thing to put off until tomorrow..”
– Czech Proverb