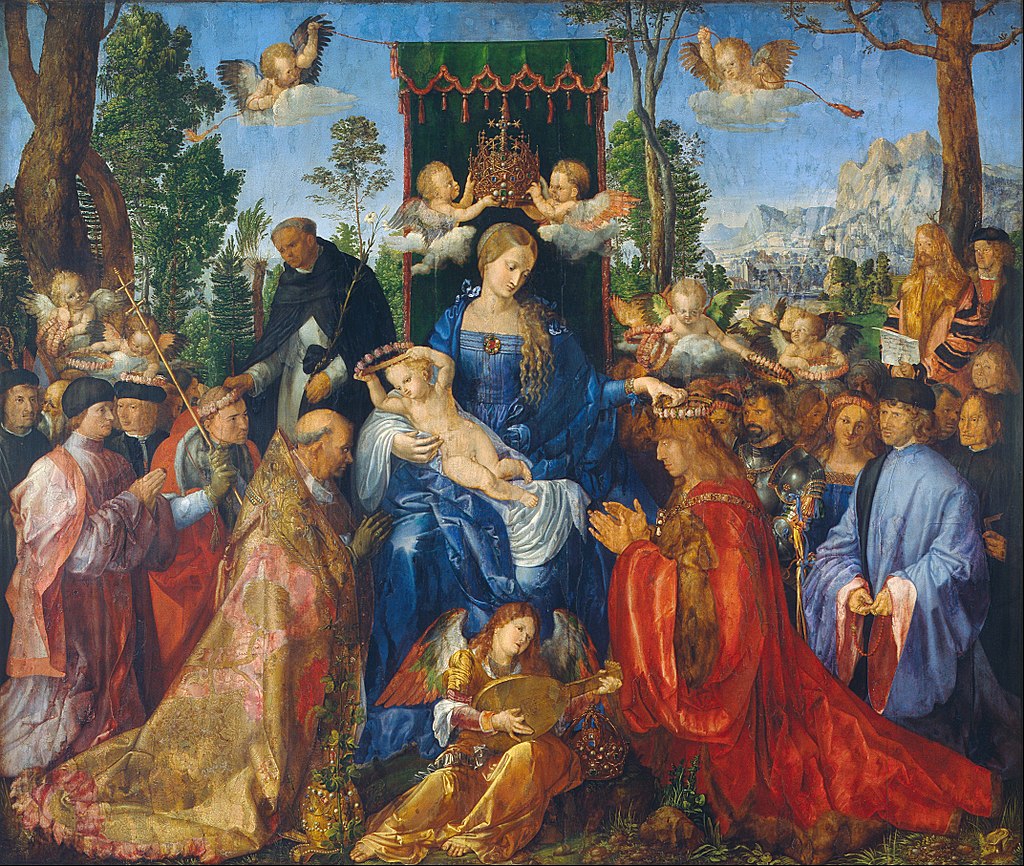 “Feast of the Rosary” by Albrecht Dürer

On the left of the throne, is Pope Julius II. He is being crowned by the Child and is being followed by a procession of religious figures.

However, they are shown having laid the papal tiara and the imperial crown on the ground next to the angel and were kneeling to receive Madonna’s blessing.

Angels on either side of the throne are helping to distribute the crowns of flowers as is St. Dominic of Guzman, who stands next to the Chris Child.

On the right, nearby a lush Alpine landscape and just in front of the tree, is the Albrecht Dürer in a self-portrait. The artist is looking directly at the viewer with a document in his hands.

The paper has his signature with an inscription, reporting the time needed to complete the work as five months.

This work dates to Dürer’s visit to Venice. The subject of the “Feast of the Rosary” was a theme connected to the worship by German citizens in Venice, towards Our Lady of the Rosary.

It was is a feast day of the Roman Catholic Church, which celebrated the anniversary of the decisive victory of the combined fleet of the Holy League of 1571 over the Ottoman navy at the Battle of Lepanto.

Albrecht Dürer (1471 – 1528) was born in Nuremberg, and his vast body of work includes engravings, prints, altarpieces, portraits, and watercolors and academic books.

Northern Renaissance – The Birth of the Artist