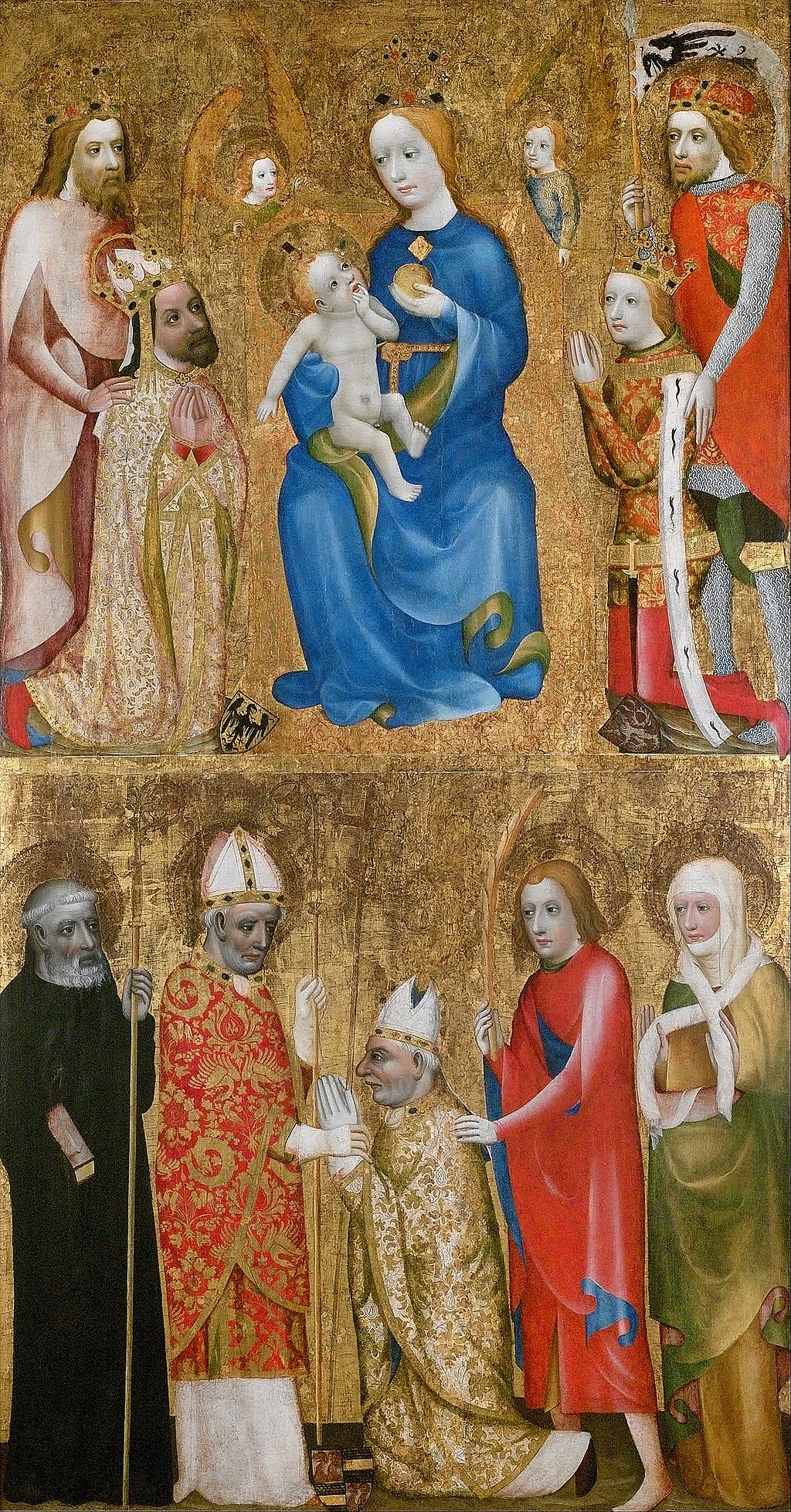 The Votive Panel of Jan Očko of Vlašim is a Gothic panel painting made in medieval Bohemia. The panel was painted for the Prague archbishop Jan Očko of Vlašim who is depicted kneeling before St. Adalbert of Prague in the lower part of the picture.

The panel was initially placed in the chapel of Roudnice Castle, which belonged to the bishops and archbishops of Prague. The chapel was consecrated in 1371, and this is the probable date of this picture.

The painting is divided into two parts. In the upper part is the Virgin sitting on a throne with the infant Jesus.

In the lower part of the panel is the donor portrait in which other Bohemian (Czech) patron saints are watching the kneeling Archbishop Jan Očko of Vlašim who is adoring St. Adalbert, his predecessor in the post of Bishop of Prague.

A Collection of 285 Gothic Artworks by 8 Artists

“May the Lord grant me a sword and no need to use it.”
– Czech Proverbs