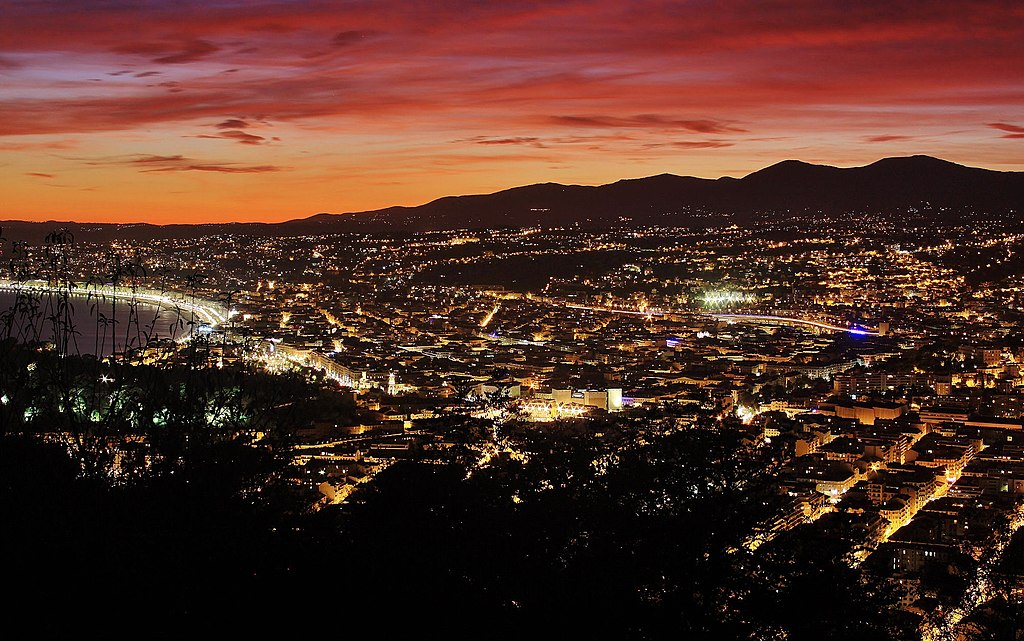 Nice is in the French Riviera, on the south-east coast of France on the Mediterranean Sea. Set at the foot of the Alps, Nice is approximately 13 kilometers (8.1 mi) from Monaco and 30 kilometers (19 mi) from the French-Italian border.

Around 350 BC, Greeks founded a permanent settlement and called it Nikaia, after Nike, the goddess of victory. Through the ages, the town has changed hands many times. Its strategic location and port significantly contributed to its maritime strength. For centuries it was a dominion of Savoy and was then part of France between 1792 and 1815 when it was returned to the Kingdom of Piedmont-Sardinia until its re-annexation by France in 1860.

The natural environment of the Nice area and its mild Mediterranean climate its clear air and soft light were appealing to notable painters, such as Marc Chagall, Henri Matisse, Niki de Saint Phalle, and Arman. Their work is commemorated in many of the city’s museums, including Musée Marc Chagall, Musée Matisse, and Musée des Beaux-Arts.

A Tour of Museums in Paris