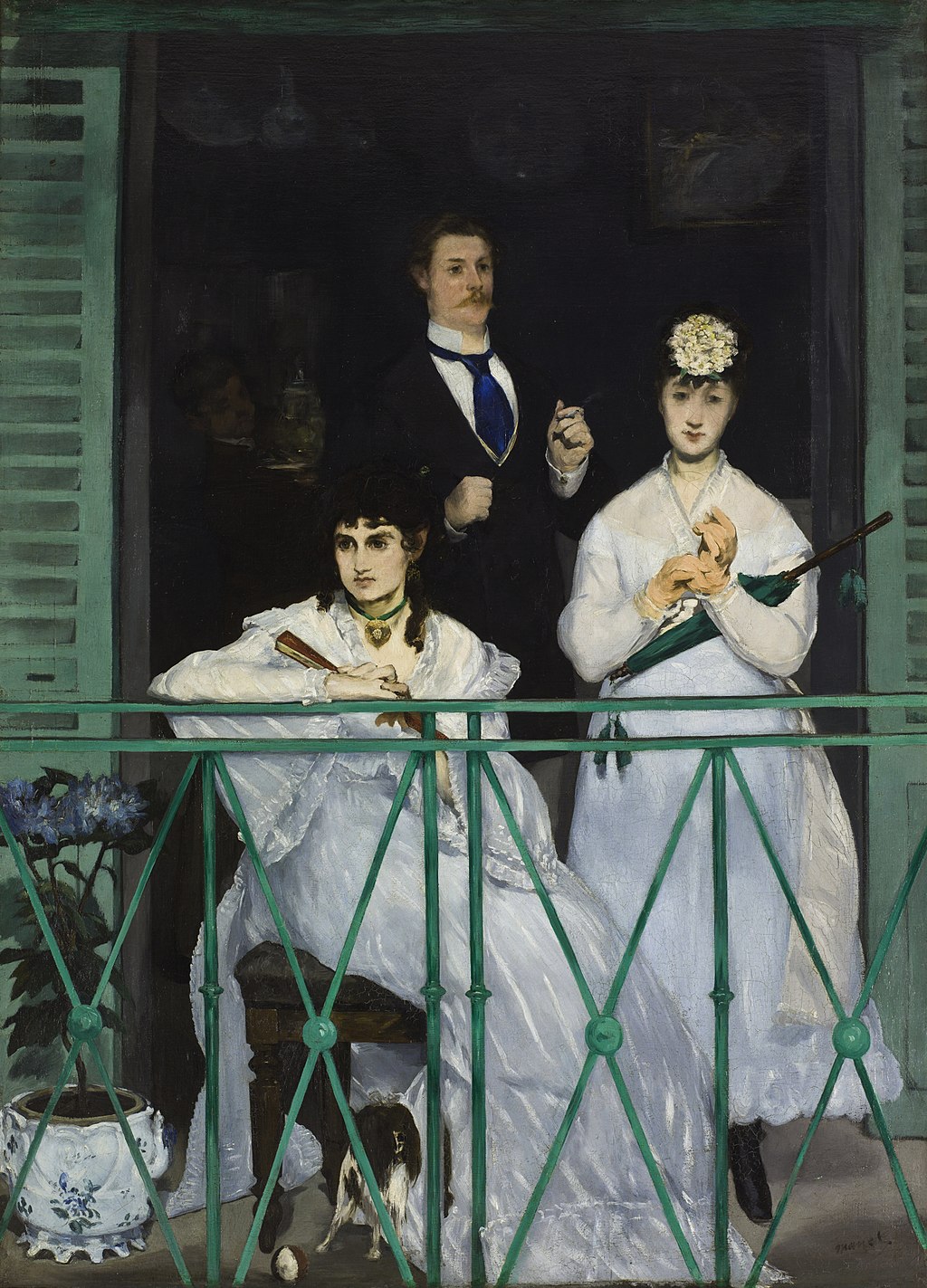 The Balcony by Édouard Manet

The Balcony by Édouard Manet depicts four figures on a balcony, one sitting, and the others standing. The painting was inspired by “Majas on the Balcony” by Francisco Goya. The three people in the foreground were all friends of Manet, and yet seem to be disconnected from each other. The seated figure looks like a romantic and inaccessible heroine. The two standing characters seem to display indifference. The boy in the background is not explicitly shown. For this painting, Manet adopted a restrained color palette, dominated by white, green, and black, with an accent of blue and red.

Seated on the left is the painter Berthe Morisot, who became the wife of Manet’s brother, Eugène. In the center is the painter Jean Baptiste Antoine Guillemet. On the right is Fanny Claus, a violinist. The fourth figure partially obscured in the interior’s background, is possibly Manet’s son. Manet kept this painting until his death in 1883.

Édouard Manet was one of the first 19th-century artists to paint modern life and was a pivotal figure in the transition from Realism to Impressionism. His early masterpieces caused considerable controversy and served as an influence for the young painters who would create Impressionism. In the last two decades of Manet’s life, he develops his style that served as a significant influence on future painters.

“One must be of one’s time and paint what one sees.”
– Édouard Manet