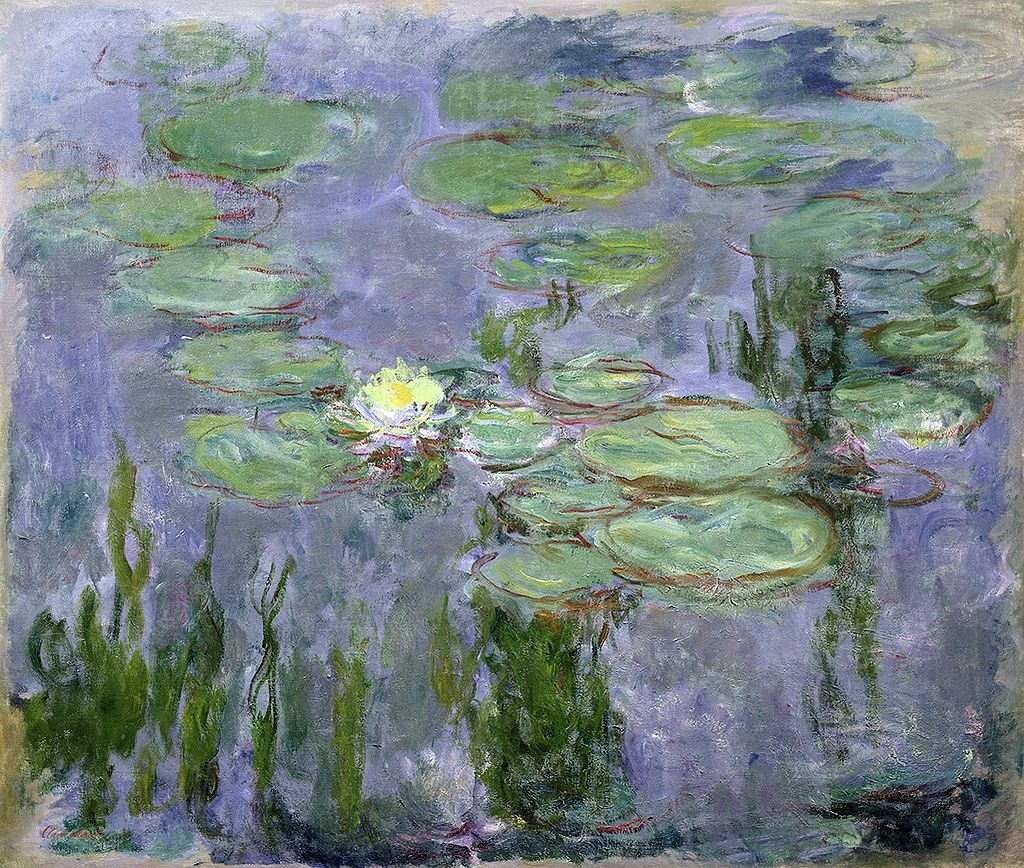 The Musée Marmottan Monet has a large selection of the Water Lilies paintings from the series created by Claude Monet.

At the beginning of the 1900s, Monet created his most extensive series of paintings based on his water lily pond in his garden at Giverny, France.

Monet first rented a house and gardens in Giverny in 1883. As Monet’s fortunes improved with his increasing success, his painting sales, Monet was able to buy the house, the surrounding buildings, and the land for his gardens in 1890.

Monet’s family help to develop the gardens and Monet built a greenhouse and a second studio. As Monet’s art sales grew, his garden grew and evolved.

In 1893 Monet purchased additional land with a water meadow and began a vast landscaping project, which included lily ponds. Claude Monet was the garden architect and eventually hired seven gardeners to help him. 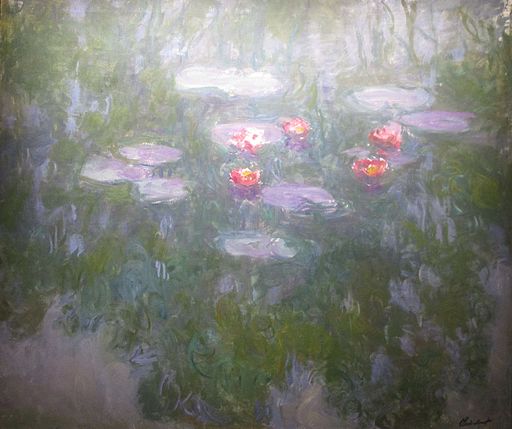 Monet worked on easel tables of different formats. Square, round and rectangular in which he captured the mirror of the water under different lighting effects.

To accentuate the effect, he removes all references of the boundaries of the pond. In the mirror of the water, we can see weeping willows, flowers, and plants all perceived reflections with the dynamic clouds in the sky.

Giverny sits on the “right bank” of the River Seine, where the river Epte meets the Seine. The village lies 80 km (50 mi) from Paris. It is famous as the location of Claude Monet’s garden and home. 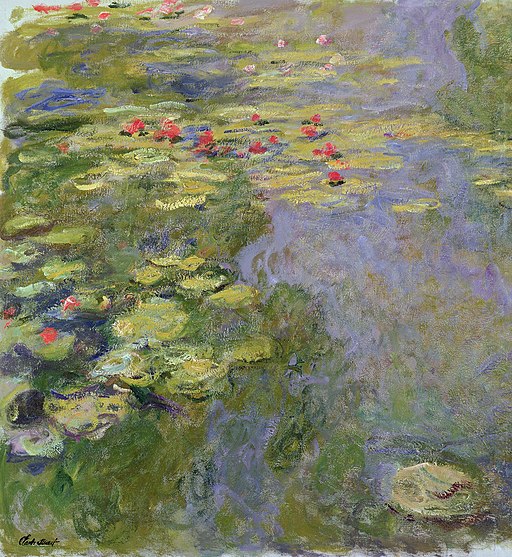 After Claude Monet’s death, his extensive collection remained in Giverny under the protection of his son Michael. During World War II (1939 -1945), some of his paintings were damaged by war shrapnel as Giverny was in a war zone.

This painting was damaged by the war and lost about 80 centimeters from the right side. 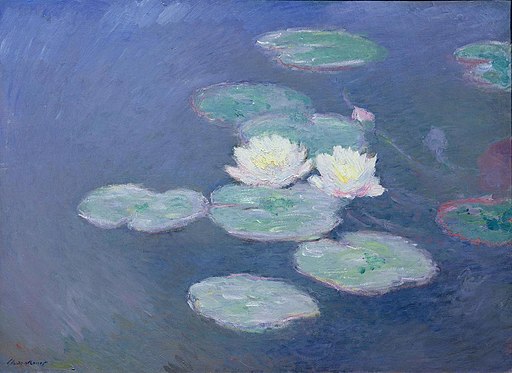 Water Lilies, Evening Effect by Claude Monet shows Monet’s love affair with his water lily pond started in the late 1800s soon after he acquired the property for his extensive gardens.

Claude Monet noticed the village of Giverny while looking out of a train window.

Monet made up his mind to move there and rented a house and the area surrounding it. Some of his most famous paintings were of his garden in Giverny.

The water garden, formed by a tributary to the Epte, with the Japanese bridge, the pond with the water lilies, the wisterias, and azaleas. 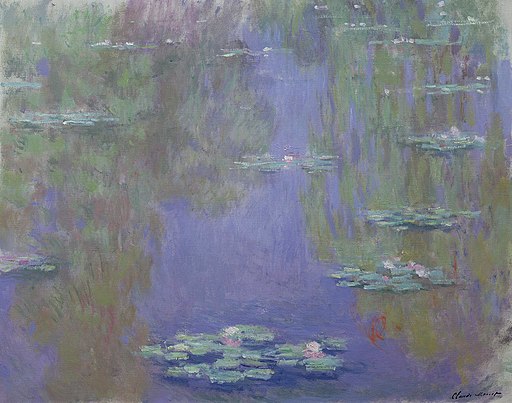 Nymphéas by Claude Monet, demonstrates how the water lilies are eventually reduced to simple touches of color to contrast the floating world of weeping willow and other tree reflections in the pond filled with sky blue reflections.

Claude Monet, left by his son his property at Giverny. His son left the property to the Académie des Beaux-Arts in 1966.

The Museum at Giverny opened to public visit in 1980 after completion of large-scale restoration work.

The Nymphea’s studio was restored, and Monet’s collection of Japanese woodblock prints was displayed in the manner chosen by the master himself; the gardens were replanted as they once were.

The house has become a popular tourist attraction.

Monet is known for having produced a series of paintings, in which all the versions consist of the same subject and perspective.

Monet painting in his garden in Giverny, France

Highlights of the Musée Marmottan Monet

A Tour of Paris Museums and Historic Sites

“I will do water – beautiful blue water.”
– Claude Monet