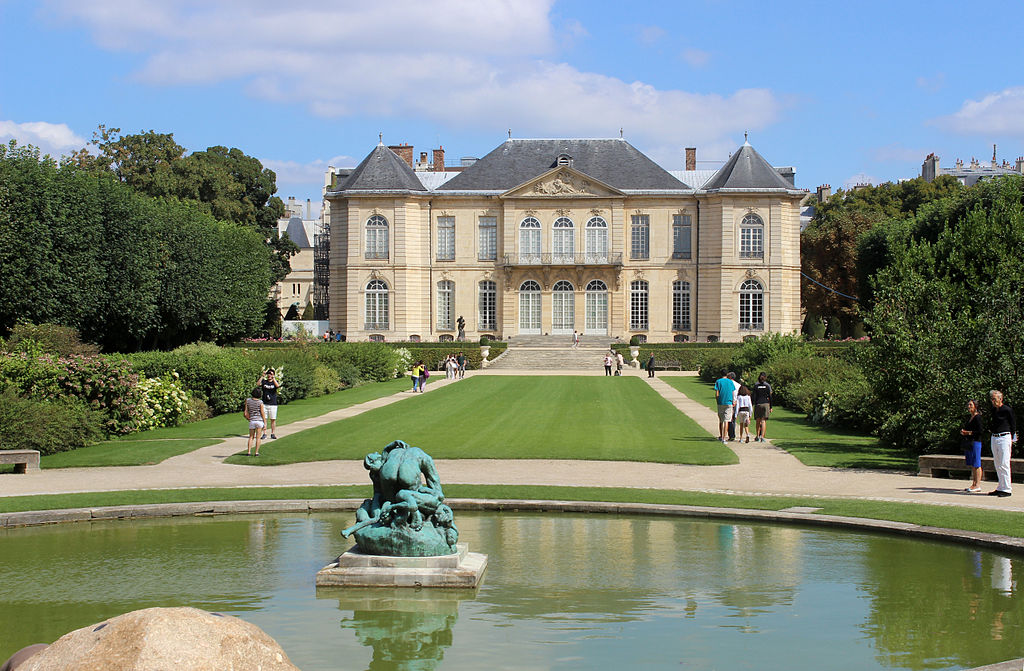 The Musée Rodin is a museum dedicated to the works of the sculptor Auguste Rodin.

It has two separate sites, the Hôtel Biron and surrounding grounds in central Paris plus outside Paris at Rodin’s old home, the Villa des Brillants at Meudon, Hauts-de-Seine.

The Musée Rodin contains most of Rodin’s significant creations, including The Thinker, The Kiss, and The Gates of Hell.

A Virtual Tour of the Musée Rodin, Paris

The Kiss by Auguste Rodin

“The Kiss” by Auguste Rodin is a marble sculpture of an embracing couple. Initially, it was created to depict the 13th-century Italian noblewoman immortalized in Dante’s Inferno.

The woman had fallen in love with her husband’s younger brother. Having fallen in love while reading the story of Lancelot and Guinevere, the couple is discovered and killed by the husband.

In the sculpture, the book can be seen in the man’s left hand. The lovers’ lips do not touch in the sculpture, suggesting that they were interrupted and met their demise without their lips ever having touched.

When critics first saw the statue in 1887, they suggested the less specific title “The Kiss,” and this is now the title of this masterpiece.

“Eve” by Auguste Rodin is a smaller version of the bronze statue initially created for “Gates of Hell.” It has become one of Rodin’s best-known sculptures of the female figure.

Eve stands awkwardly in trying to cover her body, she appears to be crouching, as she draws her left leg in to hide.

The depiction captures the agonized moment of shame through the perception of nakedness after the fall into sin. Her left-hand makes a gesture, as if in protection against a blow.

Using clay, plaster molds, and a meticulous process that included live models, Rodin created sculptures that were innovative and realistic.

With Eve, Rodin created a textured and emotive figure to mirror his statue of Adam.

The Mature Age by Camille Claudel

It is this moment when the volunteers leave the city gates that this sculpture depicts. Rodin captured the poignant mix of defeat, heroic self-sacrifice, and willingness to face imminent death.

“Portrait of Père Tanguy” by Vincent van Gogh depicts the paint grinder who sold art supplies and was an art dealer. He was one of the first to offer Van Gogh’s paintings for sale.

Père Tanguy’s cheerful demeanor and enthusiasm for art and artists made his shop one of the most favored art supply shops in Paris, and he was nicknamed Père (“Father”) Tanguy.

This brightly colored painting represents a shift in Vincent’s attitude and style. Van Gogh called his use of bright colors, “his gymnastics,” as he experimented with creating great depth and harmony in his artwork.