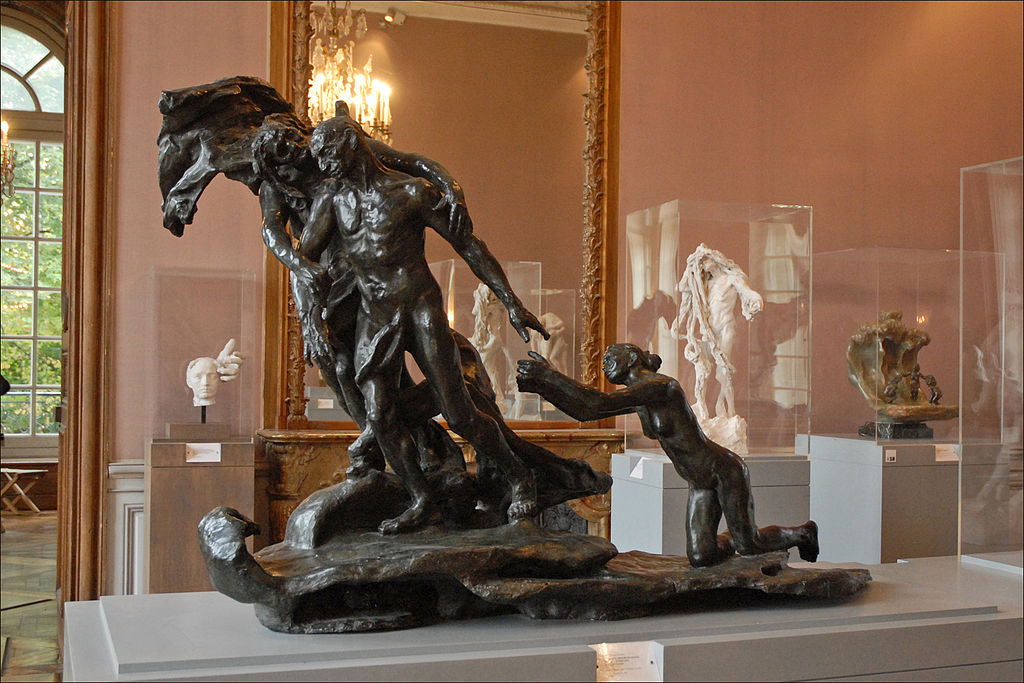 “The Mature Age” by Camille Claudel

A plaster version of the sculpture was exhibited in 1899 and then cast in bronze privately in 1902. A second private bronze casting was made in 1913, and it is believed that the plaster version was destroyed at that time.

Camille Claudel (1864 – 1943) was a French sculptor, who although she died in relative obscurity, has, in recent times, gained recognition for the originality of her work.

She was the co-worker and lover of sculptor Auguste Rodin. The Musée Rodin in Paris has a room dedicated to Claudel’s works.

Claudel started working in Rodin’s workshop around 1884 and became a source of inspiration for him. She acted as his model, his confidante, and his lover.

She never lived with Rodin, but the affair agitated her family; as a result, Claudel left the family home.

In 1892, after an abortion, Claudel ended the intimate aspect of her relationship with Rodin, although they saw each other regularly until 1898.

After Rodin saw Claudel’s The Mature Age for the first time, in 1899, he wholly and suddenly stopped his support for Claudel.

Auguste Rodin had accepted Camille Claudel as a student in 1884, and she became his associate and lover. Rodin, however, refused to marry her, reluctant to end his long-term relationship with Rose Beuret, mother of his son, and later his wife.

This complex arrangement and a later abortion caused a separation between Claudel and Rodin in 1892, but they remained in contact until 1898. The last break between them came in 1898 when she created this sculpture.

The Age of Maturity (Camille Claudel)

“Don’t fear anything for your letters, they are burnt one by one, and I hope you do the same with mine.”
– Camille Claudel